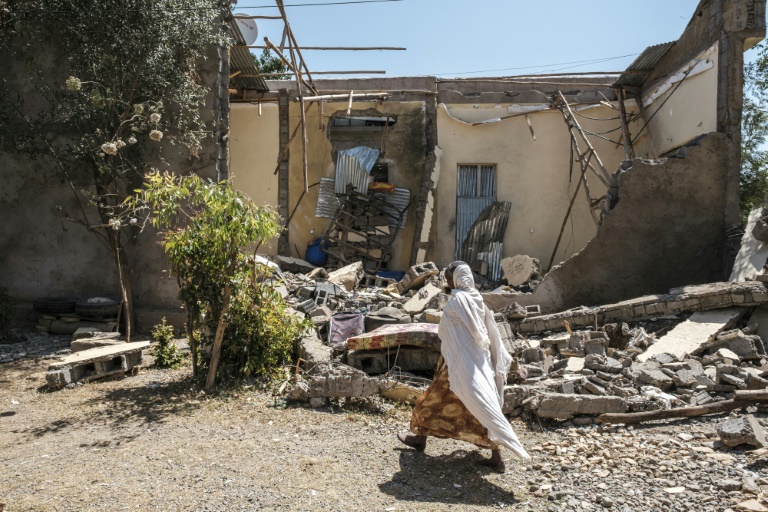 "Without humanitarian access to scale up our response, an estimated 30,000-plus severely malnourished children in those highly inaccessible areas are at high risk of death," UNICEF spokesman James Elder told reporters in Geneva.

He said the UN children's agency was working with other organisations to help address the crisis, but was lacking access to large parts of the region.

"An estimated 33,000 severely malnourished children in currently inaccessible areas in Tigray are at high risk of death," he said.

"The world cannot permit that to happen."

His comments came a day after the UN said some 350,000 people in Tigray were facing famine, while two million more people were just a step away from those extreme conditions.

"There is famine now in Tigray," UN humanitarian chief Mark Lowcock said Thursday, warning that "every expert you speak to will tell you this is going to get a lot worse".

Lowcock said fresh data showed the number of people classified as being in famine conditions was "higher than anywhere in the world at any moment since a quarter of a million Somalis lost their lives in 2011".

The UN has said that more than 90 percent of the more than five million people in the Tigray region need emergency food aid, and has urgently appealed for more than $200 million to scale up its response. 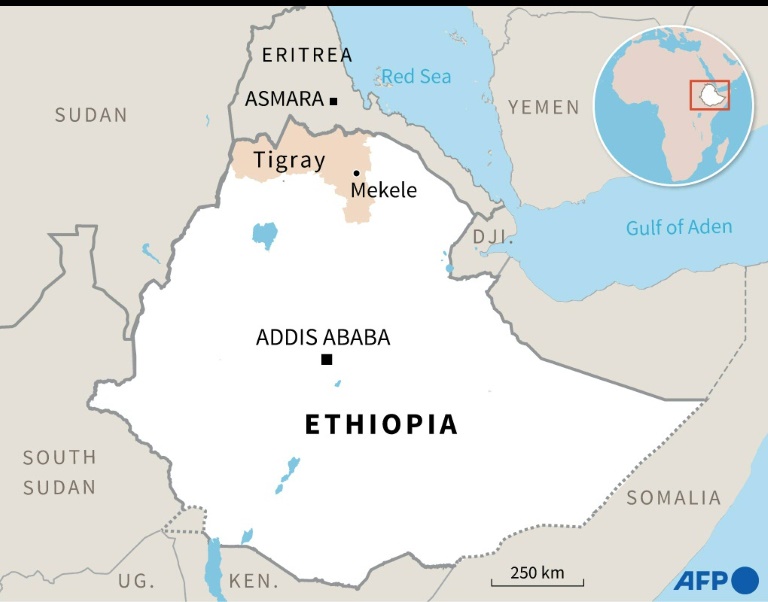 He said the move came in response to TPLF attacks on federal army camps.

Though he vowed the conflict would be brief, fighting continues more than six months later and reports of atrocities -- including the widespread use of rape -- are proliferating. Many leaders have warned of a major catastrophe.

The United States and the European Union on Thursday issued a plea for greater international efforts to tackle the emerging famine.

International aid organisations have complained repeatedly that they are being denied access to the region by Ethiopian forces and troops from neighbouring Eritrea.

Speaking to the Geneva briefing via video-link from Ethiopia, he said "we can't get to at all" a full quarter of the area where WFP aid was believed to be needed in Tigray.

"In many of these places, nobody has gotten there, and this is where we understand that people are dying," he said.

In addition to access, he said there was a dire need for more funding of aid operations, and for hostilities in the region to stop, pointing out how dangerous it was for humanitarians to work in the places they could get to.

"There have been nine humanitarians who have been killed thus far," he said, adding that aid workers were being confronted with increasing hostility at checkpoints, while beneficiaries were often seeing the aid they were given looted.

"We find ourselves faced often with enormous protection issues, of providing assistance to beneficiaries, only to have those beneficiaries robbed violently."

The World Health Organization agreed that the lack of access to those in need was taking a devastating toll.

"We have teams at the ready, we have mobile clinics... that could provide nutrition, healthcare, all the services," spokeswoman Margaret Harris told journalists, adding though that only two-thirds were operational.

"Our teams are being turned away by warring parties," she said, describing the situation as "a public health crisis".

"Malnourished children are more likely to contract many infectious diseases and die of (them), such as pneumonia, diarrhoea, malaria and measles," she said, also warning of worrying increases in Covid-19 infections.

"There is potential for an explosive situation."