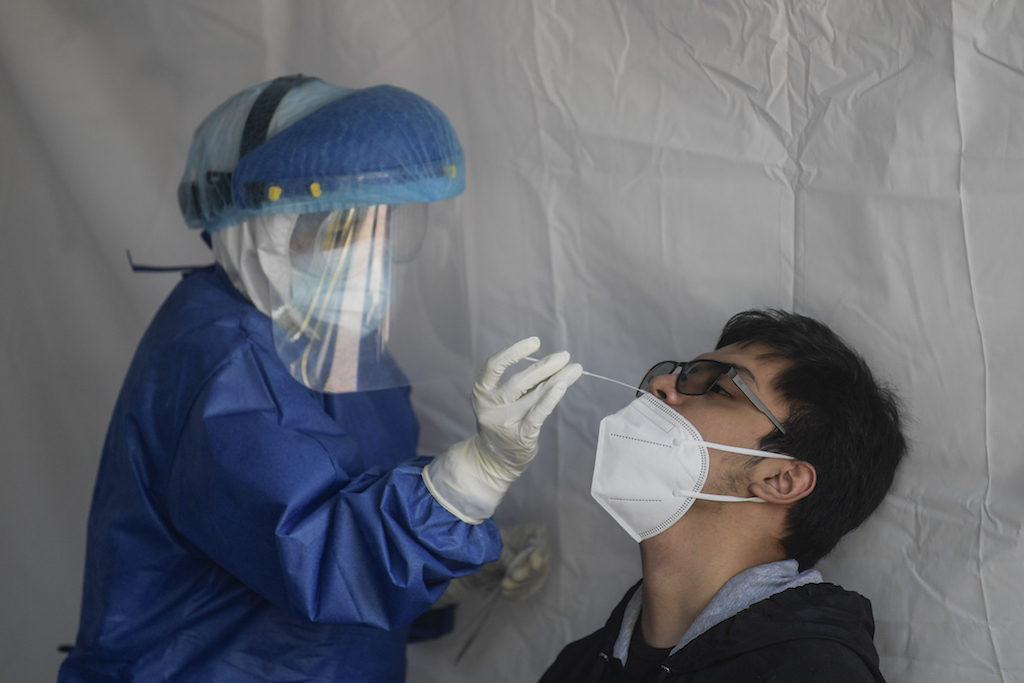 File: The panel said that Covid-19 was the sixth pandemic since the influenza outbreak of 1918 -- all of which had been "entirely driven by human activities". AFP/Pedro Pardo

PARIS - More than 500,000 new coronavirus cases were reported worldwide on Tuesday in a new record, according to a tally from health authorities compiled by AFP.

In total, 516,898 new infections and 7,723 deaths were announced, according to the tally compiled on Wednesday.

This spike in worldwide cases can only partially be explained by an increase in testing since the first wave of the epidemic in March and April.

Europe has once again become the new epicentre of the disease which is spreading rapidly on the continent.

Over the past seven days, there has been an average of more than 220,000 new daily infections, a 44 percent rise from the previous week.

The region is nearing a daily average of 2,000 deaths just as governments rush to impose infection-control measures to try and contain this second wave.

During the first peak of the pandemic in April, more than 4,000 daily deaths were reported.

The United States is also facing a rise in cases.

For the first time, it registered more than 500,000 infections over the past seven days, compared to 370,000 the previous week.

Among the 500,000 cases recorded globally Tuesday, more than half were registered in the 10 worst-hit countries in the world: the United States, India, Brazil, Russia, France, Spain, Argentina, Colombia, the United Kingdom and Mexico.