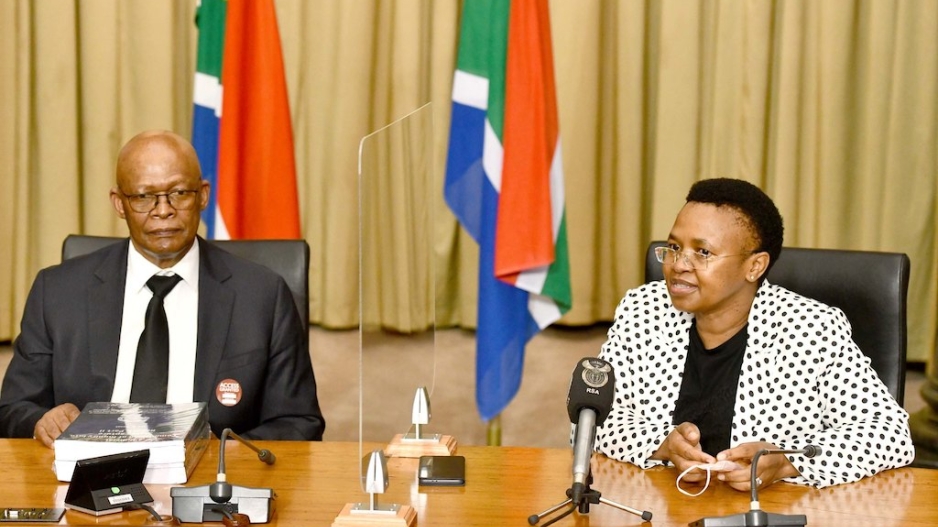 Director-General in The Presidency Phindile Baleni and the Secretary of the Commission, Professor Itumeleng  Mosala. GCIS

JOHANNESBURG - Part three of the state capture report has now been handed over to the Presidency.

Director-General in The Presidency, Phindile Baleni, received the report from the Secretary of the Commission, Professor Itumeleng Mosala.

It will be released publicly at 7pm on Tuesday night.

Acting Chief Justice and Commission Chairperson Raymond Zondo presented the first volume of the report to President Cyril Ramaphosa at the Union Buildings on 4 January.

The second volume was handed to the Presidency on 1 February.

The Gauteng High Court in Pretoria recently granted the commission an additional two months -- to the end of April 2022 -- to complete its work.