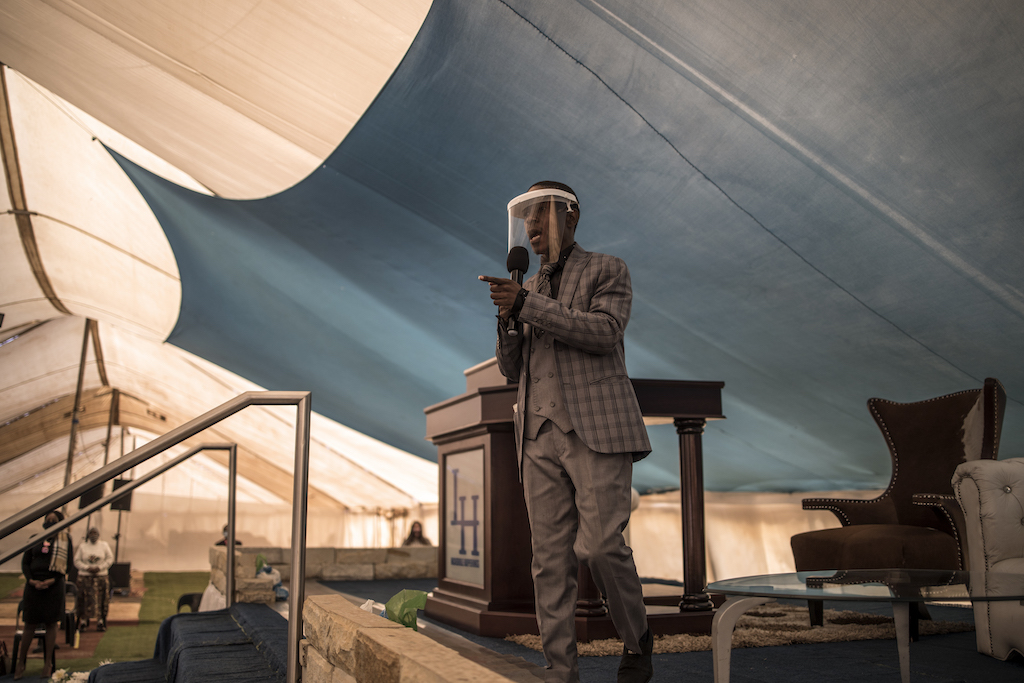 Prophet Paseka Motsoeneng, popularly known as Prophet Mboro, wears a face mask as he celebrates inside the Incredible Happenings Ministry Church, in Katlehong, Ekurhuleni on June 7, 2020.

JOHANNESBURG - Two men of God find themselves pitted against each other in the High Court in Pretoria on Tuesday.

Pastor Paseka 'Mboro' Motsoeneng and Shepherd Bushiri are at loggerheads.

This follows remarks made by Mboro about Bushiri's alleged Forex commodity scam.

Bushiri's legal team served Mboro with a summons last week for his remarks.

The self-proclaimed prophet still faces charges of fraud, money laundering, and contravention of the Prevention of Organised Crime Act.