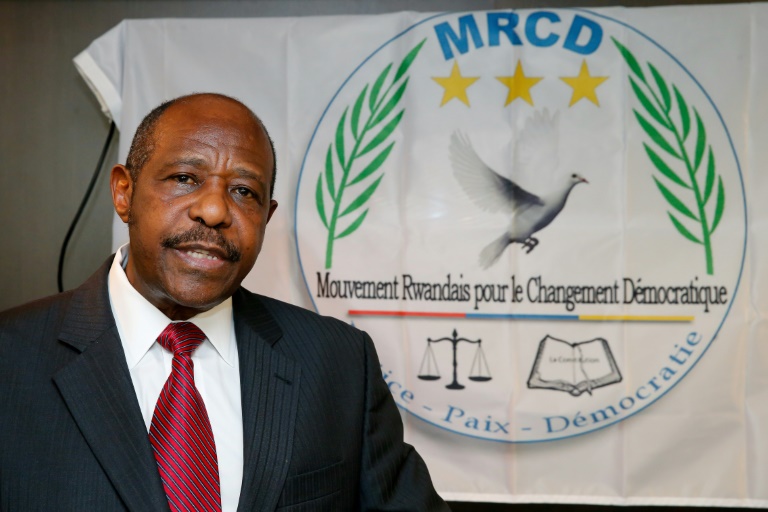 Paul Rusesabagina angered the Rwandan government by using the Hollywood limelight to crusade for political change in his tightly controlled homeland. AFP/Nicolas Maeterlinck

NAIROBI - The mild-mannered hero of "Hotel Rwanda" credited with saving hundreds of lives during the 1994 genocide, Paul Rusesabagina evolved into Kigali's sharpest-tongued critic before being convicted of terrorism.

The unassuming hotel manager in a smartly pressed suit became the world's most famous Rwandan after the film's release, but angered his government by using the Hollywood limelight to crusade for political change in his tightly controlled homeland.

Outside the country, his journey from celebrated hero to government nemesis went mostly unnoticed until August 2020, when Rusesabagina suddenly reappeared in Rwanda in handcuffs and prison uniform.

The 67-year-old was sentenced to 25 years in prison on Monday after a Rwandan high court convicted him on terror charges for founding and financing a rebel group responsible for a string of deadly attacks inside the east African country.

His family has rejected the allegations, insisting Rusesabagina was a political prisoner, whose character never strayed from the quietly courageous man portrayed by Don Cheadle in the Oscar-nominated blockbuster.

"We already knew what the verdict was going to be... it was based on a trial that was not fair, no credible evidence was provided," Rusesabagina's niece and adopted daughter, Carine Kanimba told AFP in an interview in Brussels.

Born in 1954 to farmers in central Rwanda, Rusesabagina briefly studied theology after school before taking a job at a hotel and studying hospitality in Kenya and Switzerland.

Back in Rwanda in 1984, he was hired as assistant general manager at the most prestigious hotel in Kigali at the time -- the Hotel des Mille Collines, a five-star Belgian-owned establishment. 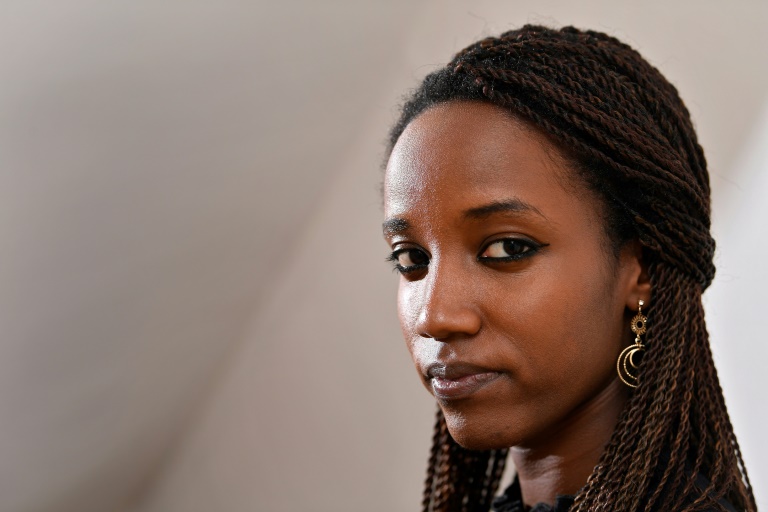 Carine Kanimba: 'Dad has always advocated for justice, peace and human rights. Now he's the one whose rights are being violated'. AFP/John Thys

In April 1994, when the genocide began, Rusesabagina was besieged inside the Mille Collines with his family and hundreds of guests -- mainly ethnic Tutsis like his wife, seeking refuge from machete-wielding mobs outside the hotel gates.

Rusesabagina, a moderate Hutu critical of the extremist regime, appeased the killers with beer and used his connections to barter for food as guests drank pool water in desperation.

Late at night, he sent SOS appeals to European governments and then US-president Bill Clinton using the hotel fax line.

American journalist Philip Gourevitch, who met Rusesabagina while researching the genocide, described "a mild-mannered man, sturdily built and rather ordinary-looking".

"That is how he seemed to regard himself as well, as an ordinary person who did nothing extraordinary in refusing to cave in to the insanity that swirled around him," Gourevitch wrote in his 1998 book "We Wish to Inform You That Tomorrow We Will Be Killed With Our Families".

Rusesabagina returned to work but became disillusioned with the new Tutsi-dominated government that ousted the Hutu regime and ended the 100-day slaughter that left about 800,000 Rwandans dead.

He accused the Rwandan Patriotic Front (RPF), particularly its leader Paul Kagame, of authoritarianism and promoting anti-Hutu sentiment as the new rulers violently consolidated their power after the genocide.

Rusesabagina left Rwanda in 1996 along with other moderates who believed the space for political opposition was fast shrinking. He relocated to Belgium with his wife and children and faded into obscurity. 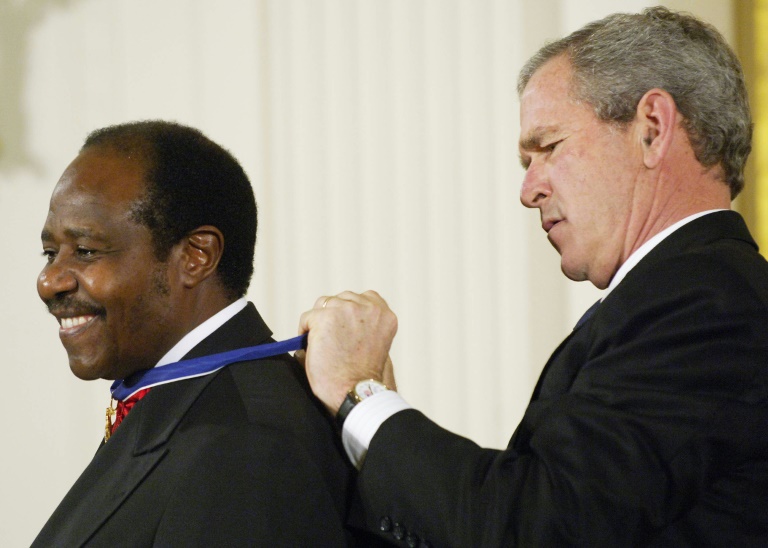 Rusesabagina received the Presidential Medal of Freedom from US President George W. Bush in 2005. AFP/Mandel Ngan

But the 2004 release of "Hotel Rwanda" made Rusesabagina an overnight celebrity.

He was awarded the US Presidential Medal of Freedom, and toured the globe warning of the evils of man.

Over time, he increasingly used his new platform to thunder against Kagame and the RPF in fiery tirades that alienated some allies and attracted powerful enemies.

He came under relentless attack, with Kagame supporters shouting him down at speaking events all over the world.

Survivors from the Mille Collines turned against him, accusing Rusesabagina of profiting from their misery and embellishing his heroics.

As the hounding intensified, Rusesabagina's rhetoric turned darker, said Timothy Longman, who first met the hotelier in the mid-1990s.

"He's always been a soft-spoken person, fairly moderate. What's happened over time, of course, is that as he was attacked, he got pushed into more extreme positions," said Longman, a professor of political science and international relations at Boston University.

But in a 2018 video, he pledged support for the National Liberation Front -- an armed group considered a terrorist organisation by Rwanda.

"The time has come for us to use any means possible to bring about change in Rwanda, as all political means have been tried and failed," he said.

Two years later, Rusesabagina boarded a plane he believed was bound for Burundi but landed instead in Rwanda.

He was arrested and put on trial as an enemy of the state.

Frail and bald, clad in the pink uniform worn by Rwandan prisoners, Rusesabagina has now become the focus of a global campaign led by his daughters Anaise and Carine, who on Monday told AFP she was worried he would "be killed in prison".