Pelosi says US will 'not allow' China to isolate Taiwan 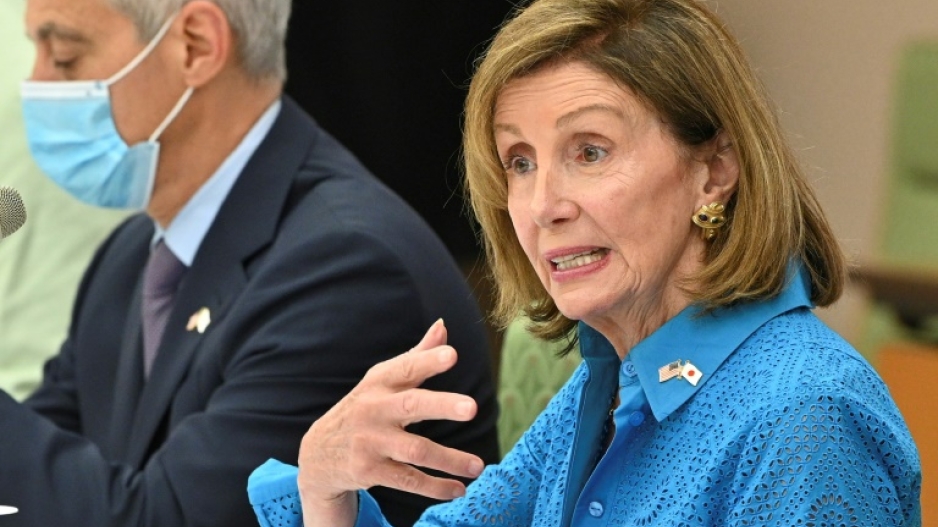 US House Speaker Nancy Pelosi said Friday that the United States will "not allow" China to isolate Taiwan, after her visit to the self-ruled island infuriated Beijing.

China, which views Taiwan as part of its territory, launched its largest-ever military exercises around the island after Pelosi defied stern threats to become the highest-profile US official to set foot on Taiwanese soil in years.

Now in Tokyo on the final leg of her Asian tour, Pelosi did not comment directly on the drills but argued that American politicians should be able to travel to Taiwan freely.

"They may try to keep Taiwan from visiting or participating in other places, but they will not isolate Taiwan by preventing us to travel there," she told reporters.

"We will not allow them to isolate Taiwan," she said, adding that her trip was "not about changing the status quo" in the region. 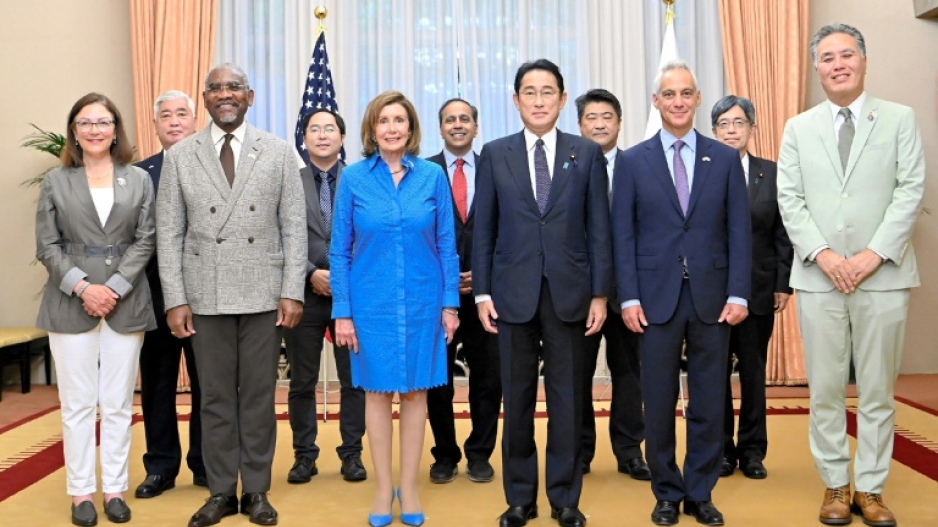 When asked if the tour had been more about her own legacy than benefiting Taiwan, Pelosi replied: "This isn't about me -- it's about them."

She called the democratic island "one of the freest countries in the world", saying she was "proud" of her work showcasing concerns related to mainland China, from alleged trade violations and arms proliferation to human rights.

The 82-year-old politician arrived on Thursday from South Korea, another key US ally, where she visited the border with the nuclear-armed North.

It is her first time in Japan since 2015, and on Friday morning she met Prime Minister Fumio Kishida, who said Japan had "called for the immediate cancellation of the military drills".

Pelosi also held talks with Japan's House of Representatives speaker Hiroyuki Hosoda, and was scheduled to meet members of the US forces in Japan.

Tokyo said five Chinese ballistic missiles were believed to have fallen in Japan's exclusive economic zone (EEZ), with four of those presumed to have flown over Taiwan's main island.

The EEZ extends up to 200 nautical miles from Japan's coastline, beyond the limits of its territorial waters. 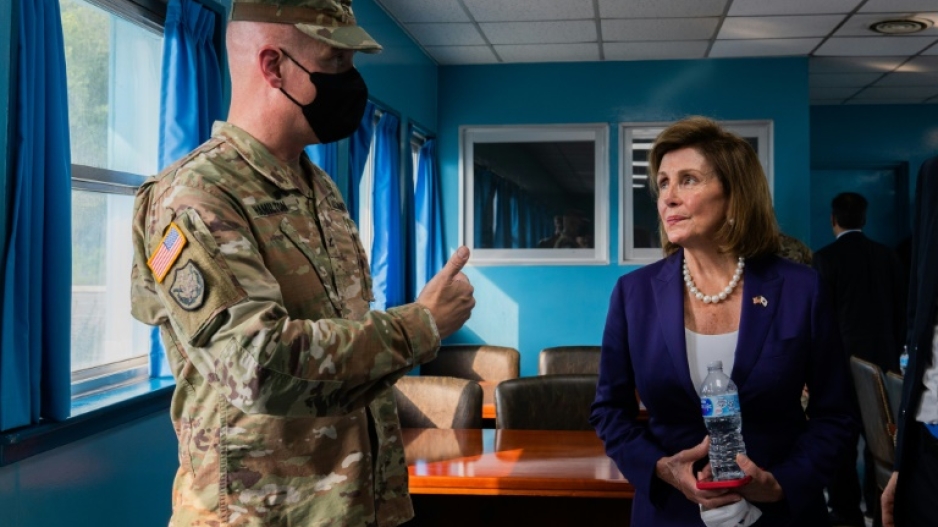 Kishida condemned the missile launches as a "serious problem that impacts our national security and the safety of our citizens".

Parts of Japan's southernmost Okinawa region are close to Taiwan, as are islets at the centre of a long-running dispute between Tokyo and Beijing.

In May, US President Joe Biden also angered Beijing on a visit to Japan, when he said US forces would defend Taiwan militarily if China attempted to take control of the island by force.

But Biden and his team insisted at the time that their decades-old approach to Taiwan remained in place. 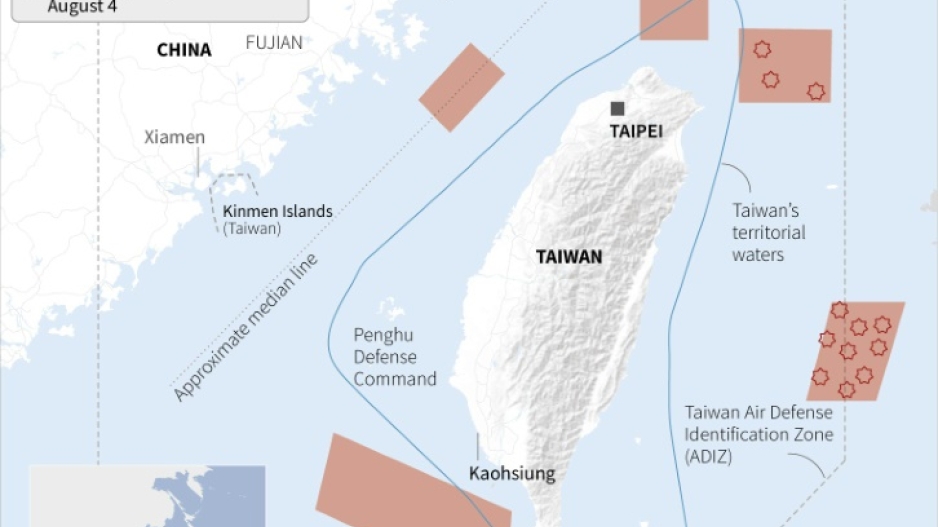 Parts of Japan's southernmost Okinawa region are close to Taiwan

This means support for its government while diplomatically recognising Beijing over Taipei, and opposing a formal independence declaration by Taiwan or a forceful takeover by China.

On Friday, Pelosi said the United States wanted to find "common ground" with China on issues from rights to climate change.

"Again, it isn't about our visit determining what the US-China relationship is. It's a much bigger and longer-term challenge, and one that we have to recognize that we have to work together in certain areas," she said.

Tetsuo Kotani, a professor at Meikai University and senior fellow at the Japan Institute of International Affairs, said the Chinese drills could give the Japanese public a "more realistic" view of Tokyo's defence capacity compared to Beijing, which has steadily expanded its military might.

"The latest military exercise has shown that what's happening in Ukraine can happen in Asia," he told AFP.