Pfizer, BioNTech to limit delays of vaccine shipments to one week 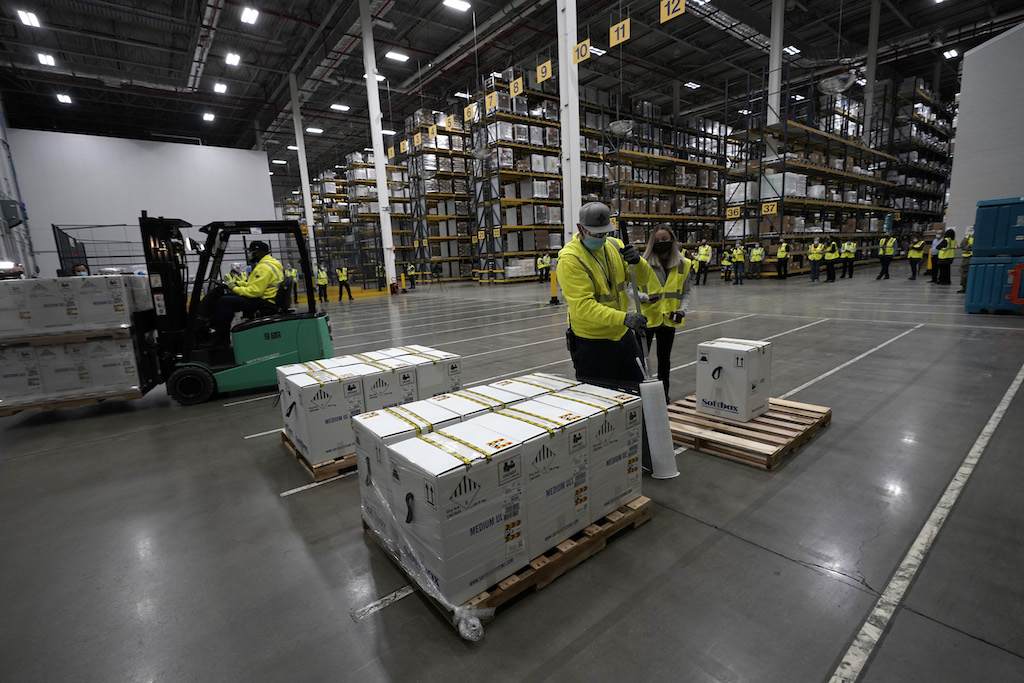 Boxes containing the Pfizer-BioNTech COVID-19 vaccine are prepared to be shipped at the Pfizer Global Supply Kalamazoo manufacturing plant on December 13, 2020 in Portage, Michigan.

PARIS - Pfizer and BioNTech said Saturday they will limit the delays of their vaccine deliveries to just one week, after fears in Europe that shipments of the jabs could be slowed for up to a month.

The US drugmaker and its German partner "have developed a plan that will allow the scale-up of manufacturing capacities in Europe and deliver significantly more doses in the second quarter," they said in a joint statement.

"As a result, our facility in Puurs, Belgium will experience a temporary reduction in the number of doses delivered in the upcoming week."

"To accomplish this, certain modifications of production processes are required now."

Pfizer had said Friday it would delay shipments of the jabs over the next three to four weeks due to works at its key plant in Belgium.

It said the modifications at the Puurs factory were necessary in order to ramp up its production capacity from mid-February.

In hard-hit Europe, the statement raised concerns that the delays could further slow a vaccine rollout that has already faced heavy criticism.

Six EU health ministers signed a letter to the European Commission on Friday to express "severe concern" over the delivery delays.

The Pfizer-BioNTech vaccine, which was developed at record-breaking speed, became the first to be approved for general use by a Western country on 2 December when Britain gave it the go-ahead.