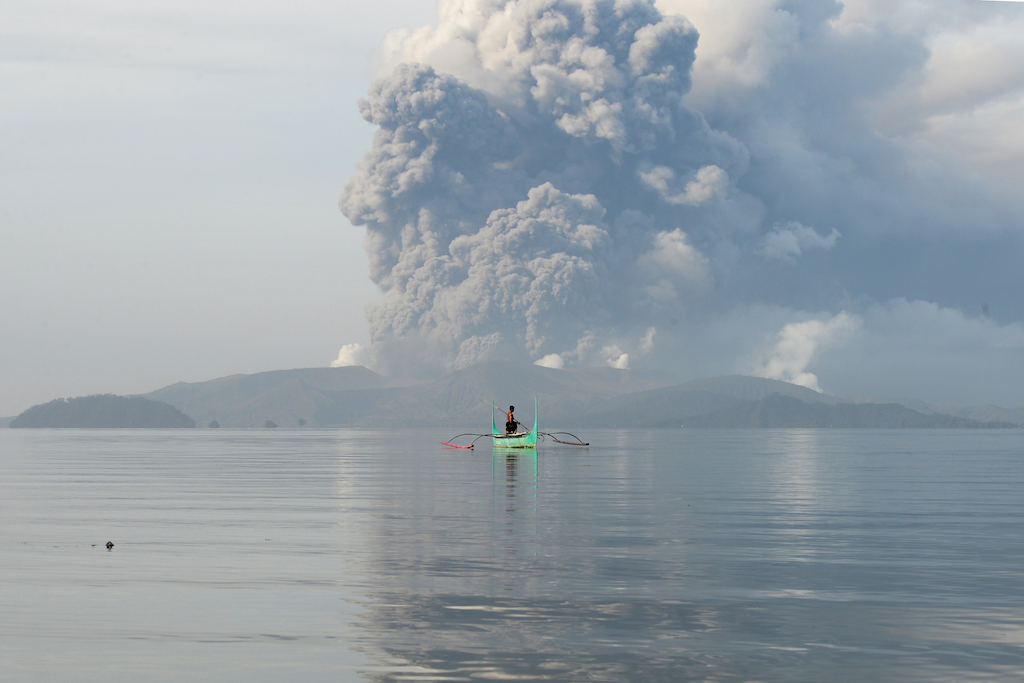 The Philippines was on alert for the "explosive eruption" of a volcano south of Manila, which officials said could be imminent.

TALISAY CITY - Lava and broad columns of ash illuminated by lightning spewed from a volcano south of the Philippine capital on Monday, grounding hundreds of flights as authorities warned of a possible "explosive eruption".

Fine grit weighed down trees and turned roads into muddy messes across the region surrounding the Taal volcano, which burst to life Sunday and has forced over 20,000 people to seek refuge in evacuation centres, a provincial governor said.

Geologists said the volcano remained active, spurting red-hot lava some 500 metres into the air from new cracks that have opened in its northern flank, as accompanying earthquakes rattled the area.

Schools in the region around Taal, some government offices in Manila and the Philippine Stock Exchange were closed as authorities issued warnings against breathing the ash.

Stunning lightning shows have periodically played out above the volcano in a little-understood phenomenon that has been attributed to static electricity.

Authorities raised the volcano alert level to its second-highest on Sunday, saying an "explosive eruption" could happen in "hours to days".

The Philippines sits on the Pacific "Ring of Fire", where tectonic plates collide deep below the Earth's surface.