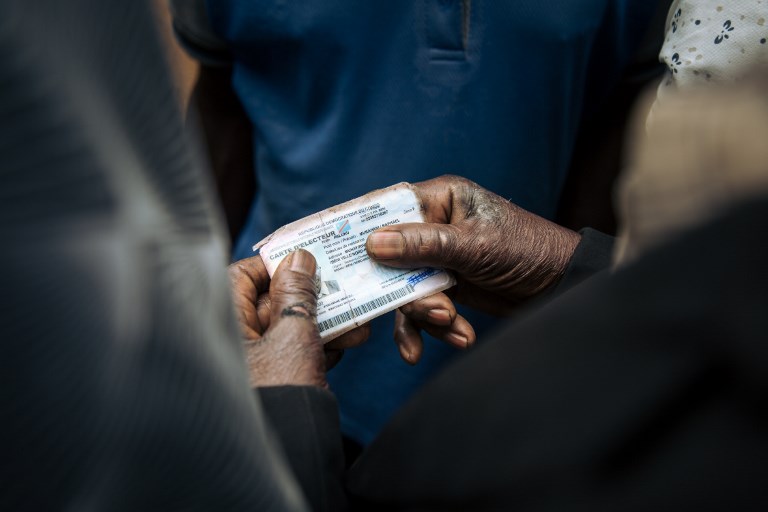 A man holds his voter card at a symbolic polling station on December 30, 2018, at Malepe Stadium in Beni, where voting was postponed for Democratic Republic of Congo's general elections.

KINSHASA - Fears and frustration mingled with patience and optimism on Sunday as the Democratic Republic of Congo's voters turned out en masse for a historic presidential election.

The vote should have been held two years ago, but President Joseph Kabila hung on to power, sparking protests that were brutally quelled and a wave of international condemnation. 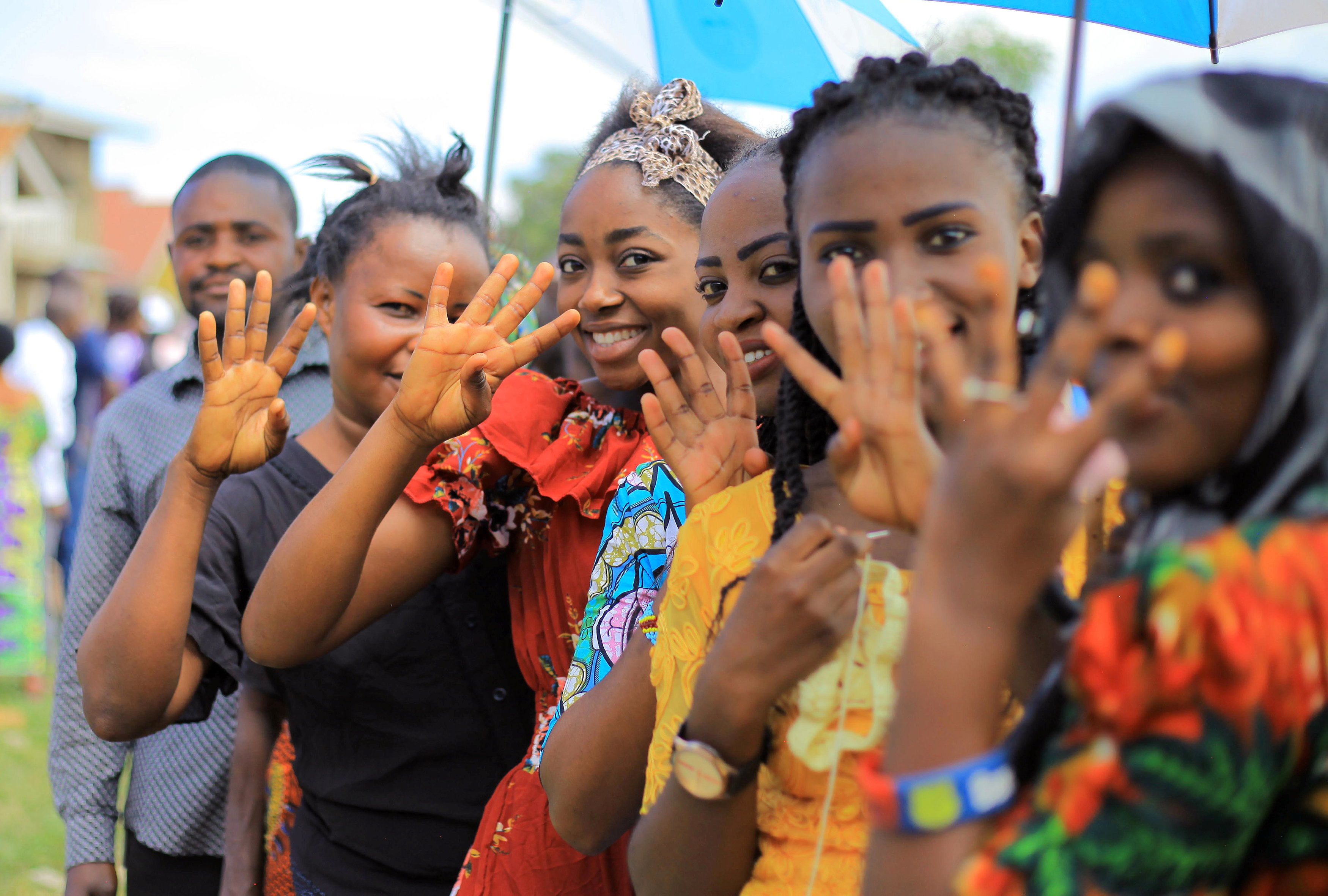 Civilians queue to participate in a mock poll after their exclusion from the presidential election in Beni, Democratic Republic of Congo December 30, 2018. 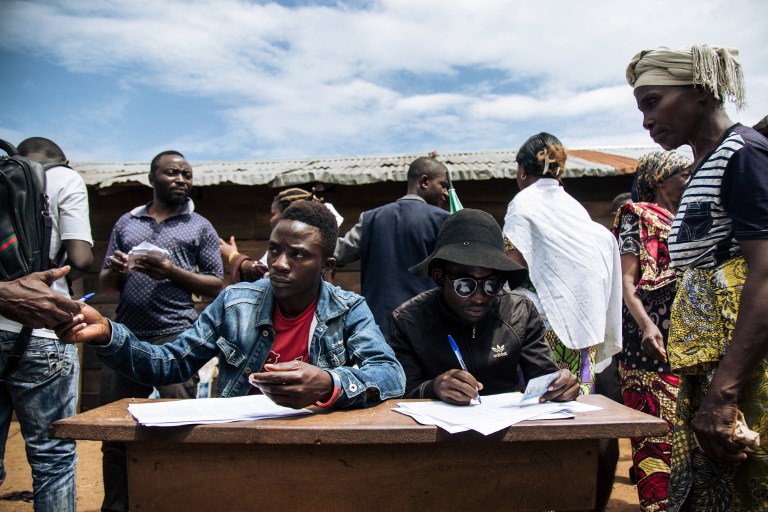 Men register voters at a symbolic polling station on December 30, 2018, at Malepe Stadium in Beni, where voting was postponed for Democratic Republic of Congo's general elections.

The turmoil caused fears that the DRC -- which has never had a peaceful handover of power since independence from Belgium in 1960 -- could slide back into conflict.

But on voting day, the biggest immediate headache was not violence but organisational problems that caused long lines at polling stations.

Hitches were reported with electronic voting machines, the source of much pre-electoral controversy.

In the troubled east, a symbolic vote was held in Beni, one of several regions where the election has been postponed until March because of insecurity.

Votes elsewhere will be counted in the coming days, with provisional results published on January 6 and the official results on January 15, followed by the next president's inauguration on January 18. 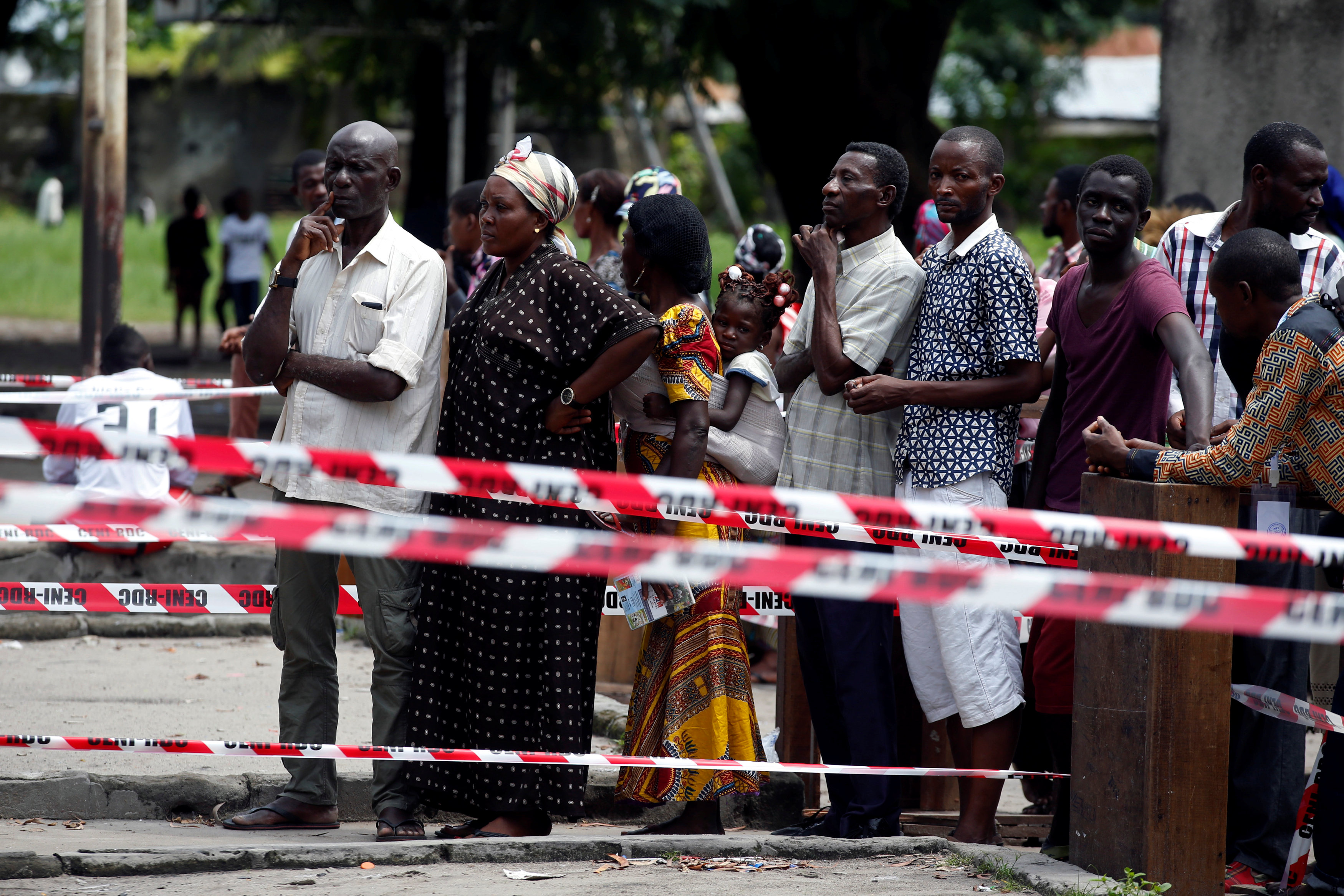 Voters stand in line to cast their votes at a polling station in Kinshasa, Democratic Republic of Congo, December 30, 2018. 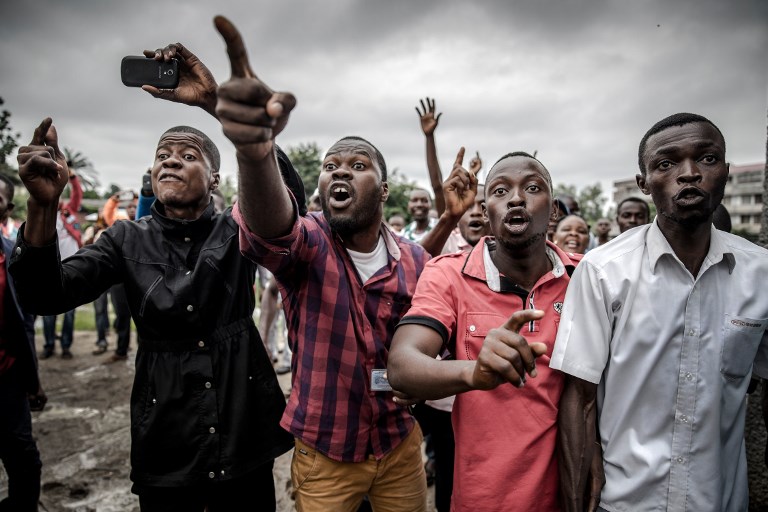 Protesters waiting to cast their ballot, demonstrate outside the College St Raphael polling station, in Kinshasa, on December 30, 2018 while DRC's electoral commission president arrives for the DR Congo's general elections. 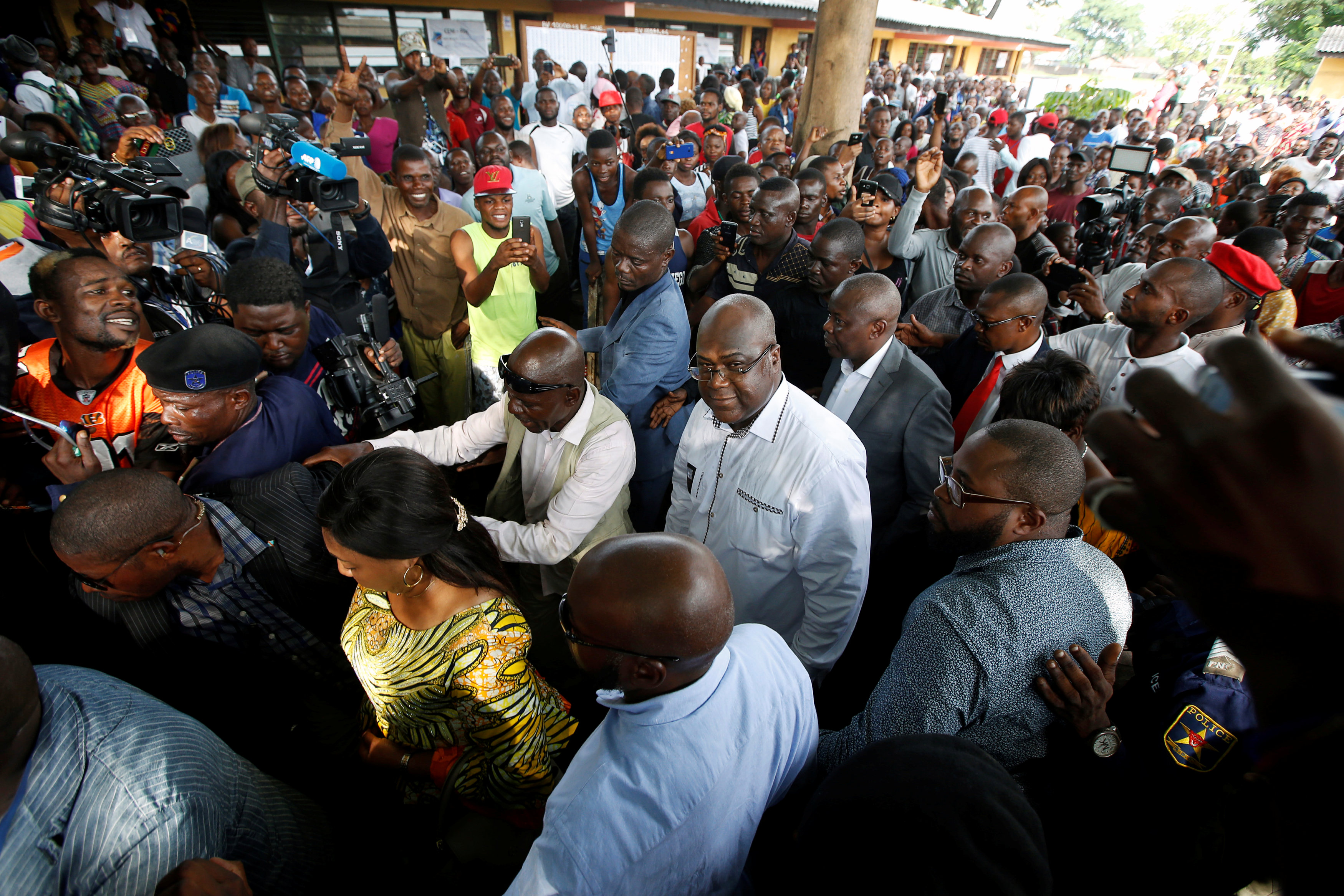 Felix Tshisekedi, leader of the Congolese main opposition party, the Union for Democracy and Social Progress (UDPS), and a presidential candidate, leaves after casting his ballot at a polling station in Kinshasa, Democratic Republic of Congo, December 30, 2018.