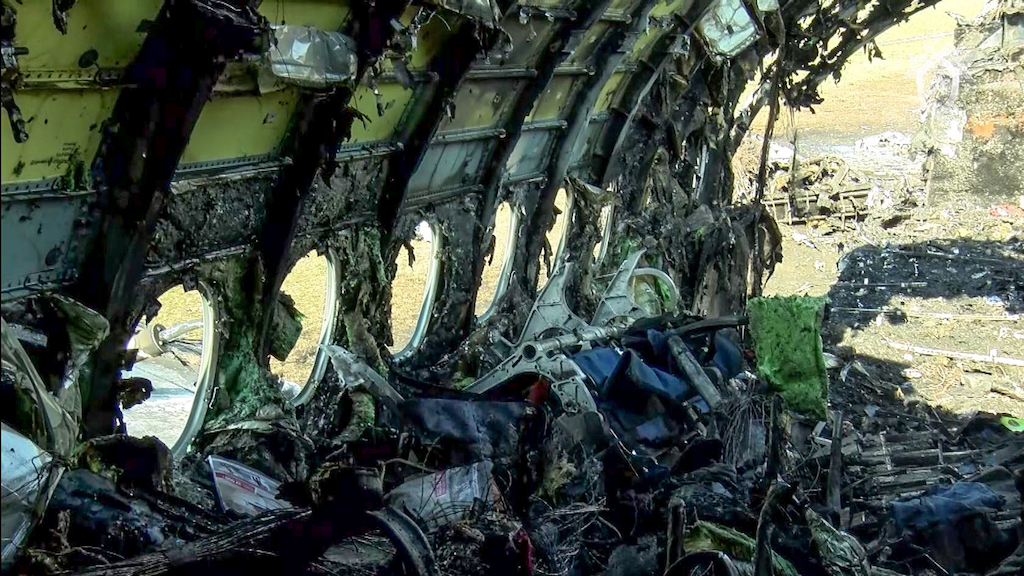 Investigators were on Monday working to understand the causes of the blaze.

MOSCOW - The pilot of a Russian passenger plane that erupted in a ball of fire on the runway of Moscow's busiest airport, killing 41 people, said lightning led to the emergency landing.

Investigators were on Monday working to understand the causes of the blaze after the Sukhoi Superjet-100 had to return to Sheremetyevo airport shortly after take-off Sunday evening.

Pilot Denis Yevdokimov told Russian media the aircraft lost communication and needed to switch to emergency control mode "because of lightning" on the Aeroflot flight to the Arctic city of Murmansk.

He did not specify if the plane was struck directly.

READ: 41 dead as Russian plane bursts into flames on landing

"We managed to restore communication through the emergency frequency on our radio connection. But the link was only for a short time and kept cutting out... it was possible to say only a few words," he told the Komsomolskaya Pravda newspaper.

Videos on social media showed the plane crash-landing and then speeding along the runway with flames pouring from its fuselage.

People could be seen leaping onto an inflatable slide at the front and running from the blazing plane as columns of black smoke billowed into the sky.

Another video shot inside the cabin showed roaring flames outside the window and passengers crying out in panic.

Yevdokimov said he believed the plane burst into flames on landing, most likely because of full fuel tanks.

Aside from the dead, nine people were in hospital, three of them seriously injured, authorities said.

The aircraft's black boxes have been found and handed over to investigators, a source in the Russian emergency services told news agencies.

Transport minister Yevgeny Dietrich said there were no plans to ground the Superjet-100 model.

The charred aircraft could still be seen from the runway surrounded by vehicles, according to an AFP journalist at the scene on Monday afternoon.

Several of the 78 people on board said they believed lightning was the cause of the tragedy.

Russian President Vladimir Putin offered his condolences to the victims' loved ones and said the investigation "should be as thorough as possible", according to the Kremlin.