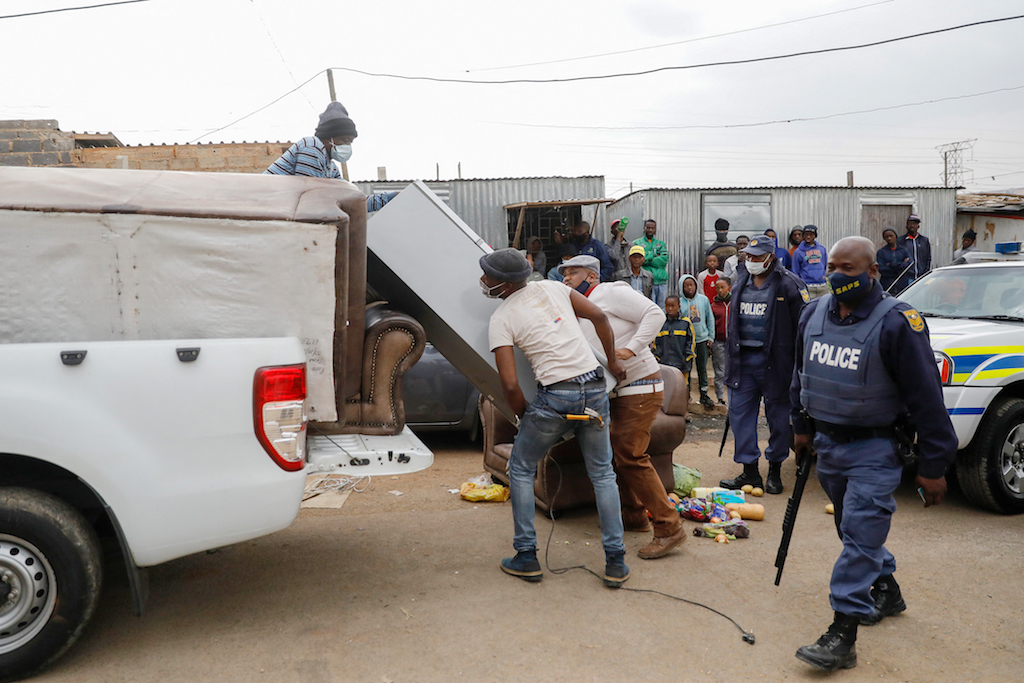 Community members stand and watch as plainclothed members of the South African Police Services (SAPS) load a fridge into a van during a joint operation with South African Defence Force (SANDF) to recover stolen goods from the looting in Alexandra township, Johannesburg, on July 16, 2021.

The number of arrests there has not been disclosed.

The army's deployment is being called "Operation Prosper", and includes searches for property stolen during this week's violence.

READ: Looters leave stripped shelves and the question: 'Why?'

56 cases of violence, looting and vandalism have been recorded since the start of the unrest a week ago.

President Cyril Ramaphosa has announced that the unrest was "planned" and that government will hunt down those responsible.

25,000 troops have been deployed to assist police.