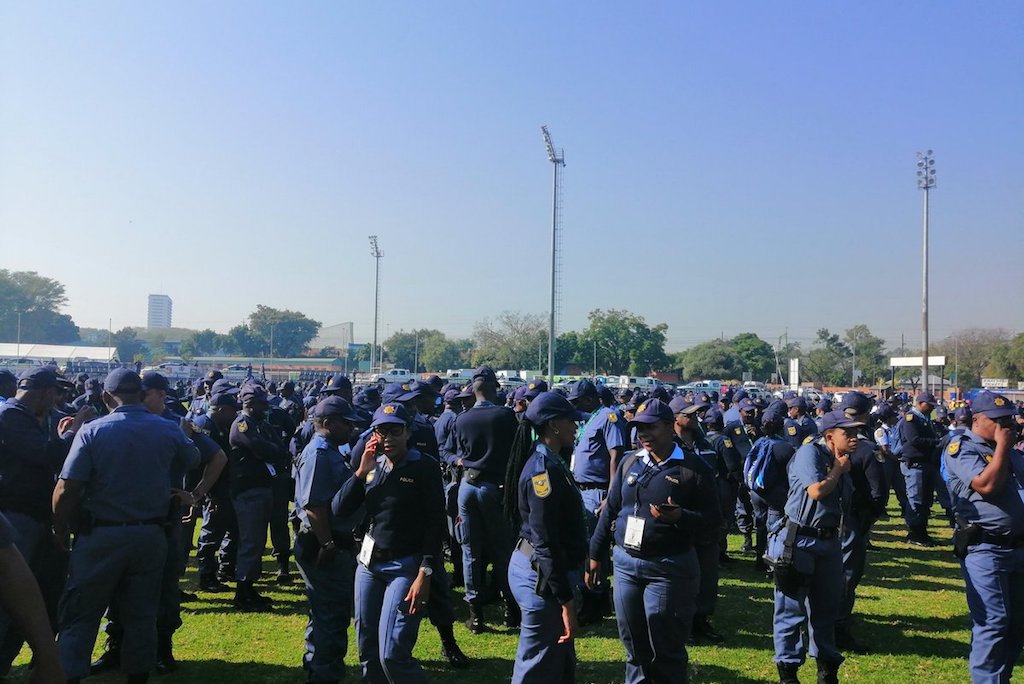 File: The march comes in the wake of multiple murders of women in South Africa in the past few months.

PRETORIA - Police minister Bheki Cele says he is very confident ahead of the presidential inauguration on Friday.

For the first time, the inauguration will take place at Loftus Stadium instead of the Union Buildings.

He says the police have done a security assessment and identified risks associated with the change of venue but isn't able to elaborate on them.

"Be jolly, remember this is a joyous day," Cele said to visitors at the inauguration.

"Even if someone puts his foot on your toe, say sorry and keep walking.

"You can't fight on this day, if you fight on the day, God will turn against you."