Troops expected on the ground in Western Cape hotspots

Police Minister Bheki Cele got the green light from President Cyril Ramaphosa to deploy the army to hotspots in the Western Cape.

CAPE TOWN - Soldiers from the South African National Defence Force are on the ground in the Cape Flats on Friday morning.

National Police Minister Bheki Cele got the nod from President Cyril Ramaphosa to deploy troops to the Western Cape.

He says the killings there cannot continue.

READ: Cele: SANDF to be deployed to the Cape Flats

Cele made the revelation during a briefing following his budget speech in Parliament.

The move comes after a bloody weekend in Philippi and Hanover Park claimed over a dozen lives.

The minister said a crime-fighting plan for Cape Town needs to extend beyond Philippi to the entire metropole.

Police have not yet offered a motive for the recent killings, but National Police Commissioner Khehla Sitole is promising to deal with key appointments at the Philippi East station before the end of the month.

This includes a station commander and a head of visible policing.

The crimes have been linked to gangsterism, a consistent and complex problem in the province.

WATCH: Police minister in Philippi in wake of weekend murders

The DA's Shadow Minister of Police Andrew Whitfield said the reality is that poorer communities are easy targets for gangs and gang violence.

Whitfield quoted statistics, saying the murder rate in Philippi East has increased by 180 percent in five years from 2013/14 to 2017/18.

He said more police officers have to be deployed.

Police Minister, Bheki Cele has challenged the police to do more about the crime situation in the Cape Flats.#DStv403

END_OF_DOCUMENT_TOKEN_TO_BE_REPLACED 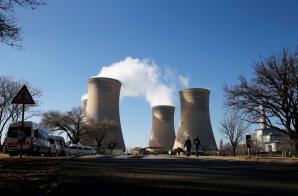