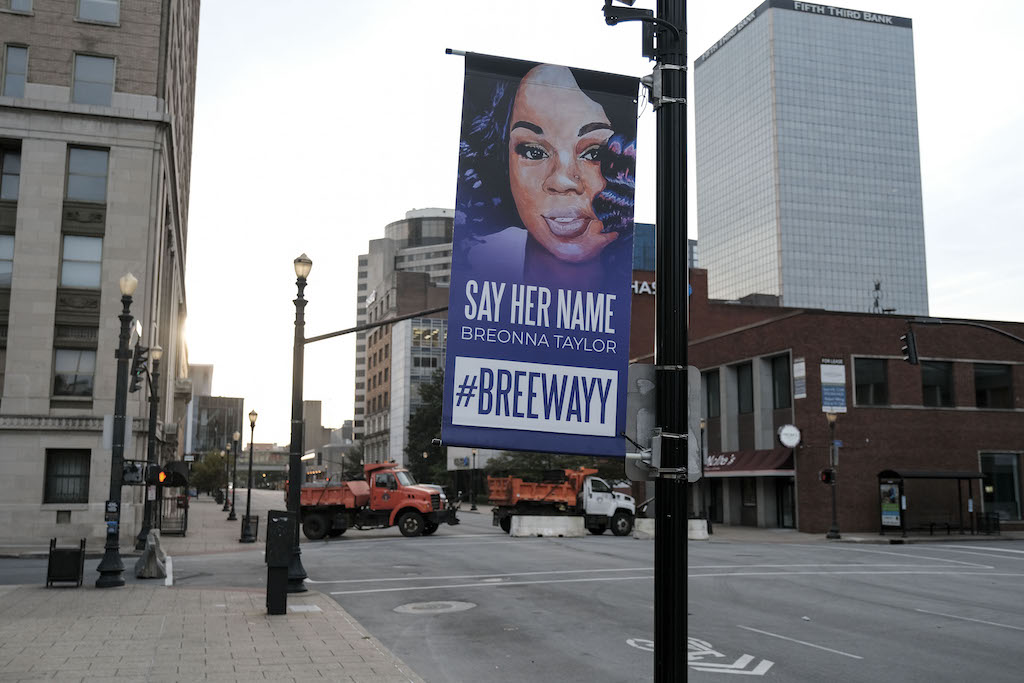 A sign memorialising Breonna Taylor is photographed in front of closed streets in downtown Louisville, Kentucky on September 23, 2020.

LOUISVILLE - A Louisville police officer was charged with three counts of "wanton endangerment" on Wednesday in connection with the March shooting of a 26-year-old black woman in the US city.

Judge Annie O'Connell announced the charges brought by a grand jury against Brett Hankison, one of three police officers involved in the fatal shooting.

Her death fueled weeks of anti-racism protests in Louisville, Kentucky, and became a nationwide rallying cry for the Black Lives Matter movement for police reform.

READ: US policeman accused of murdering George Floyd to appear in court

Breonna Taylor, an emergency room technician, was shot dead in her apartment when three plainclothes police officers executing a "no knock" search warrant burst in late at night.

Her boyfriend, who was in bed with her, grabbed a gun and exchanged fire with the officers.

He later said he thought they were criminals. The officers, who had not activated their body cameras as required, shot Taylor multiple times, killing her.

A police sergeant was wounded. The city of Louisville settled a wrongful death suit with Taylor's family for $12-million last week.

A state of emergency was declared by the mayor in Louisville, which has a population of 600,000, with much of downtown closed to traffic.

Some downtown business owners boarded up their shops in anticipation of potential unrest sparked by the grand jury decision.

Louisville police chief Robert Schroeder said the authorities would not tolerate any "violence or destruction of property."

READ: George Floyd: The man who became symbol of fight against racism

"We are prepared to meet any challenge we may face," Schroeder said, calling for demonstrators to protest "peacefully and lawfully."

The civil settlement with Taylor's family reflected the public pressure and emotion surrounding her death, which came about two months before that of George Floyd, a black man who was killed by a white police officer in Minneapolis.

Floyd's death triggered protests across the US against racial injustice and police brutality.