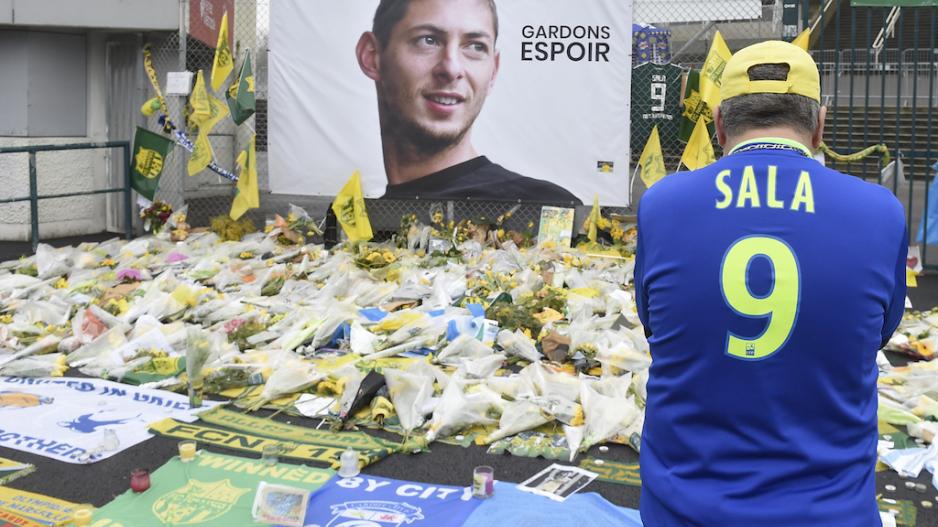 File: A supporter stands in front of flowers placed in front of a giant portrait of Argentinian former Nantes' forward Emilianio Sala.

LONDON - British police are investigating after a photograph believed to be of late footballer Emiliano Sala's body appeared online.

"We are aware that a picture reported to be of Mr Sala's body has been shared on social media channels and are disgusted that somebody did this," Dorset Police told AFP in a statement.

"It is clearly a very difficult time for Mr Sala's family and they should not have to endure additional pain.

"We are investigating this incident," he added.

The image is believed to have been taken at the Holly Tree Lodge mortuary in Bournemouth, south England, following the plane crash that killed the 28-year-old striker.

The small plane carrying the player came down in the Channel en route to Cardiff on January 21, two days after he completed his transfer from French side Nantes.

The plane did not have a commercial licence, according to British investigators, but the journey would have been allowed as a "private" flight in which costs are shared between pilot and passenger.

READ: Sala pilot not authorised to fly at night: BBC

Pilot David Ibbotson, 59, who was flying the Piper PA-46 Malibu, has never been found.

Sala's body was recovered from the submerged wreckage on February 7.

His father, Horacio, died earlier this week at the age of 58 following a heart attack.