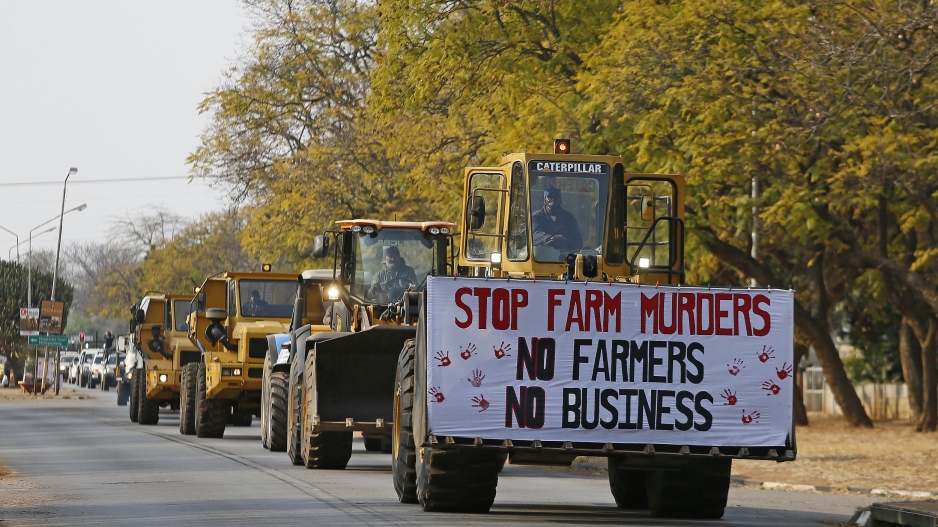 File: For the longest time, the sector has been calling on government to protect both farmers and farm workers and they've finally been heard. AFP/Phill Magakoe

JOHANNESBURG - Violence erupted outside the Senekal Magistrate's Court in Free State on Tuesday afternoon following a clash between police and farmers in the area.

On Tuesday, two men appeared in court in connection with the murder.

Hundreds of farmers gathered outside the court in a show of support for Horner's family.

The farmers demanded the accused be handed over to them resulting in the clash.

A violent protest has been reported outside court in Senekal, Free State, where two men made an appearance in connection with the murder of a farmer in the area. To tell us more, eNCA's Sally Burdett is joined by Free State police spokesperson, Sam Makhele. Courtesy #DStv403