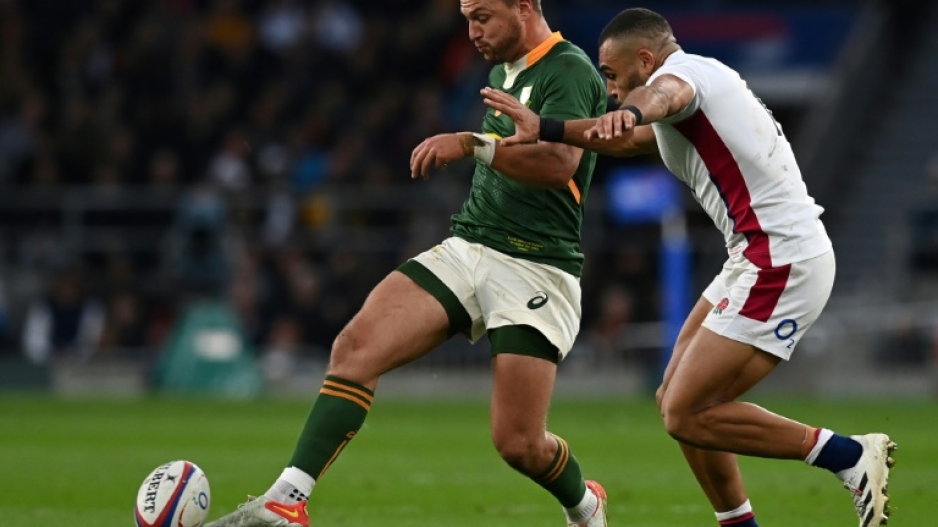 BLOEMFONTEIN - Recalled fly-half Handre Pollard will captain a South Africa team showing 14 changes to the starting line-up for the second Test against Wales in Bloemfontein on Saturday.

Only veteran lock Eben Etzebeth survives from the side that kicked off the 2022 Springboks season with a dramatic 32-29 over the Dragons in Pretoria last Saturday.

Among the starters this Saturday will be two uncapped players -- Bulls winger Kurt-Lee Arendse and Stormers' No. 8 Evan Roos.

The return of Pollard was anticipated after a disastrous first-half performance by Elton Jantjies in Pretoria led to him being replaced at half-time.

Damian Willemse switched from full-back to fly-half for the second half and capped a good performance by kicking the match-winning penalty in the third minute of added time.

Willemse, who can operate at full-back, inside centre and fly-half, is one of two backs who will sit on the bench in Bloemfontein.

Star flanker Pieter-Steph du Toit will wear the green and gold for the first time since injuring his shoulder early in the second Test against the British and Irish Lions in Cape Town last year.

A recurrence of the injury prevented the 2019 World Rugby Player of the Year being considered for the first Test.

"We said from the outset that we needed to strike a balance between giving talented young players an opportunity at international level, and winning," said Springboks coach Jacques Nienaber.

"If one looks at the balance between players who have played at this level and those who have performed consistently well for their franchises and clubs, I think we have a nice balance in this squad.

"Wales showed last week that they are fighters and can go for the full 80 minutes and we are expecting nothing different from them this week.

"This will certainly be a good test for the younger players in the group to measure themselves against some of the best players in Wales.

"Some of them toured South Africa last year with the British and Irish Lions, so everyone knows they will be in for a proper Test on Saturday."

Wales coach Wayne Pivac will announce his team on Thursday for the second Test with the tourists seeking a first win in South Africa after 11 defeats since first visiting in the republic 58 years ago.