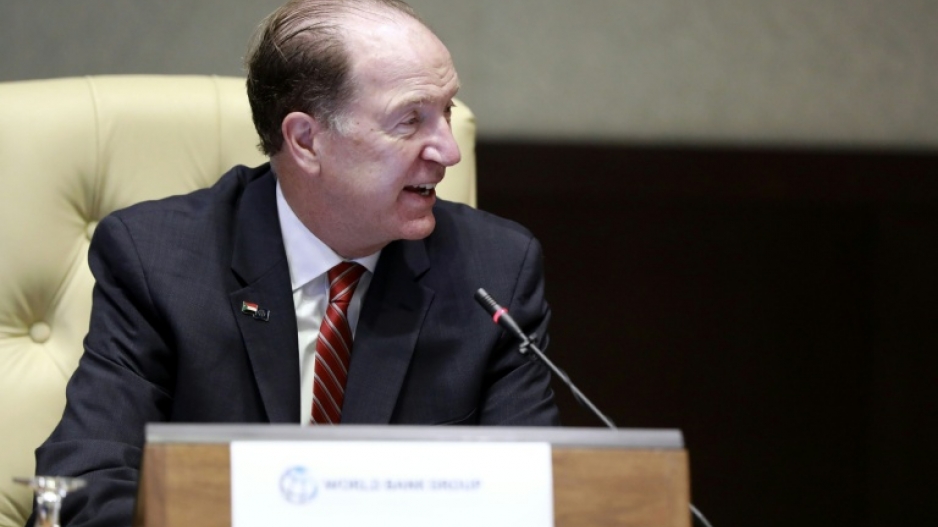 WASHINGTON - Debt loads in low-income countries surged 12 percent to a record $860 billion in 2020 amid the pandemic, prompting World Bank President David Malpass to call Monday for a "comprehensive plan" to deal with the issue.

"Sustainable debt levels are vital for economic recovery and poverty reduction," he said.

The situation is urgent since the Debt Service Suspension Initiative (DSSI) launched by G20 nations early last year, which allows countries to defer debt payments while battling Covid-19, expires at the end of 2021.

The DSSI "wasn't broad enough, but suspended some debt," Malpass told reporters, warning that given the challenge debt represents to poor nations, it may need to be extended.

The World Bank and IMF are holding their fall meetings this week in Washington, which will see some officials attend in person for the first time since 2019, though others will participate virtually.

READ: IMF says still no decision on whether Georgieva keeps her job

New World Bank data shows the deterioration in debt indicators was widespread and impacted countries in all regions, across all low- and middle-income countries.

"Many developing countries entered 2020 in a vulnerable position, with public external debt already at elevated levels," the report said, and then governments provided unprecedented resources to try to contain the virus and the economic fallout.

The World Bank and IMF likewise ramped up support, especially for the most vulnerable countries.

However, some poor countries saw debt loads increase by as much as 20 percent, and for most, economic growth and income as well as exports did not increase.

"Progress in reducing extreme poverty has been set back by years, for some by a decade, median incomes have declined instead of rising," and women and children have borne the brunt of the downturn's ill effects, he said.

In 2020, net inflows from multilateral creditors to low- and middle-income countries rose to $117 billion, "the highest level in a decade," the report said.

"The risk now is that too many countries will emerge from the Covid-19 crisis with a large debt overhang that could take years to manage," Malpass said in the report.

"We need a comprehensive approach to the debt problem, including debt reduction, swifter restructuring and improved transparency," he said.