Pope Francis in Mozambique for first leg of Africa tour 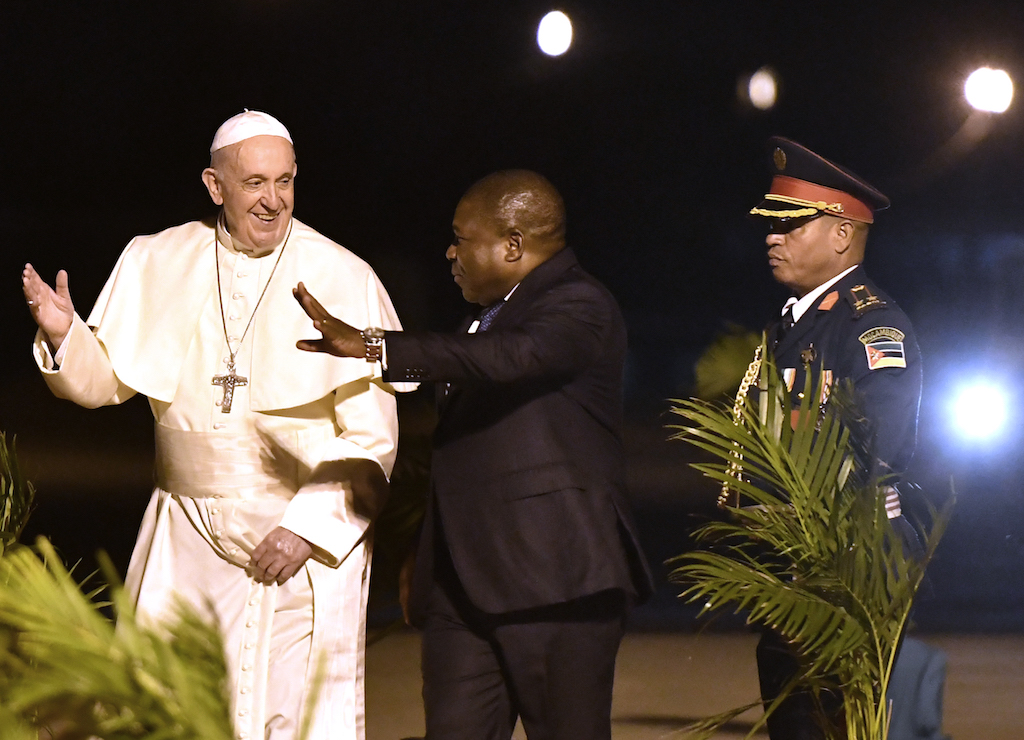 MAPUTO - Pope Francis was greeted by Mozambique's president on Wednesday as he kicked off a three-nation tour of African countries, expected to focus on those hard hit by poverty, conflict and natural disaster.

Francis, the first pope to visit Mozambique since John Paul II in 1988, was whisked away in his popemobile, flanked by police bikes as crowds waved and danced in jubilant welcome.

On Friday he will address a mass at the giant Zimpeto stadium in the seaside capital Maputo.

The pope is expected to discuss the country's fragile peace process, the devastation caused by two back-to-back cyclones early this year, and the upcoming general election.

The three-day visit to Mozambique comes a month after the government signed a historic peace treaty with the former rebel group Renamo, which is now the main opposition party.

The pope may also address the issue of extremism in northern Mozambique where jihadist attacks have claimed more than 300 lives over two years.

The pope will also visit the large Indian Ocean island of Madagascar and its much smaller neighbour Mauritius -- both situated off the eastern coast of Africa.

Mozambique and Madagascar are among the world's poorest countries and Francis' choice to visit is seen by commentators as an act of solidarity from a cleric who was a frequent presence in the shantytowns of Argentina and is now called the "pope of the poor".