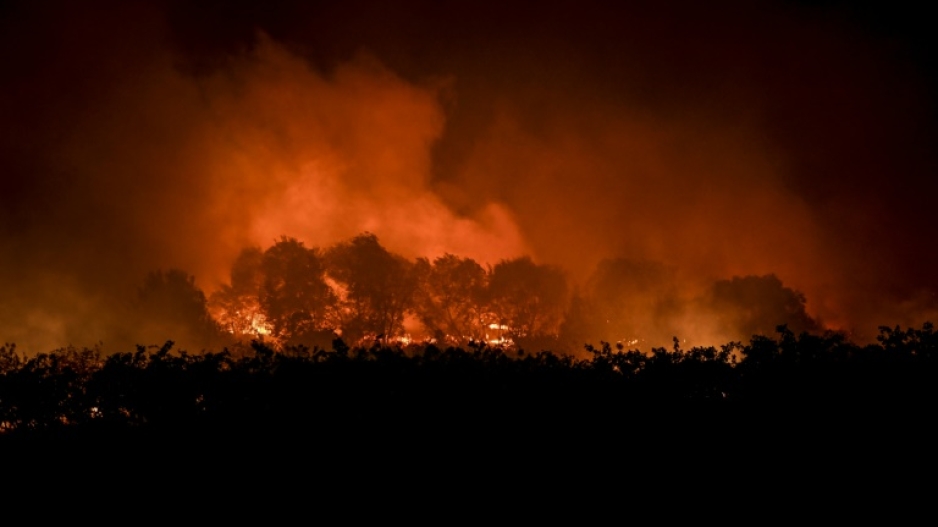 Strong winds have been hampering attempts to combat the spread of the fire, one of 195 that have ravaged some 92,000 hectares of land across Portugal this year amid record temperatures.

The fire in the UNESCO-designated park restarted Tuesday after being brought under control five days earlier and is estimated to have already consumed around 25,000 hectares (62,000 acres) of land. 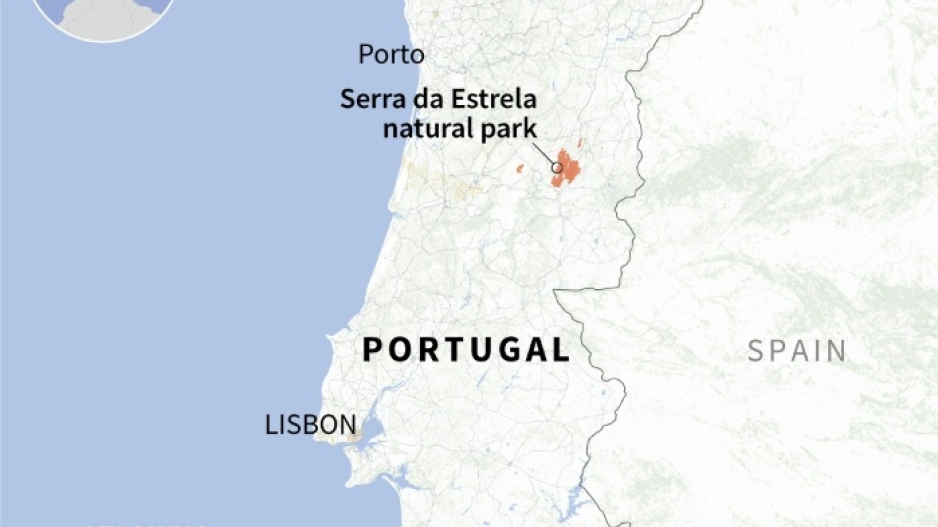 It is still posing a sizeable challenge even if "90 percent of this fire's perimeter is now under control", said civil protection agency head Andre Fernandes.

July proved to be Portugal's hottest in nearly a century, with the country battling its worst forest fires since 2017 when around 100 lives were lost.

Neighbouring Spain has also been battling a wave of forest fires in recent weeks following soaring temperatures there, too.

The eastern Valencia region is struggling with two major blazes, one in Bejis, 70 kilometres (45 miles) northwest of Valencia city, which began Monday and has grown rapidly, burning up 10,000 hectares of land and forcing the evacuation of 1,500 people, regional officials say.

But the weather offered some respite some 200 kilometres further south when a storm broke over the Vall de Ebo where hundreds more firefighters have been tackling another major blaze since Saturday.

As rain and hail pummelled the area where the flames have devastated more than 11,000 hectares, all 30 aerial firefighting teams were grounded, although it raised hopes the wet weather could dampen the surging flames.

In Portugal, the Serra da Estrela fire started on August 6 outside the central town of Covilha with authorities deploying 390 fire engines and 14 planes and helicopters in efforts to control it.

Firefighters, who hope to keep the fire from spreading further before temperatures rise again on Friday, have thrown a 160-kilometre (95-mile) cordon around the area, Fernandes told reporters.

So far, 27 people have been injured in the blaze, three of them seriously, while another 45 have been evacuated as a precaution since Monday.

Residents in Orjais village in the foothills of the mountain range helped fight back the flames which came within a few dozen metres (feet) of their homes. 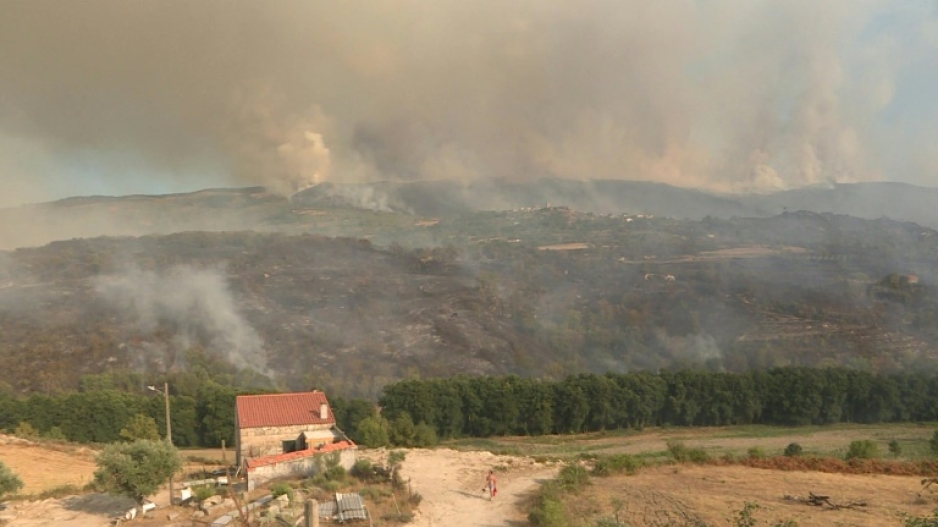 "We have not yet reached the end of this critical period for fires," Interior Minister Jose Luis Carneiro warned after meeting with meteorologists.

The upcoming heatwave is forecast to last into September, which Carneiro said was set to be drier and hotter than usual.