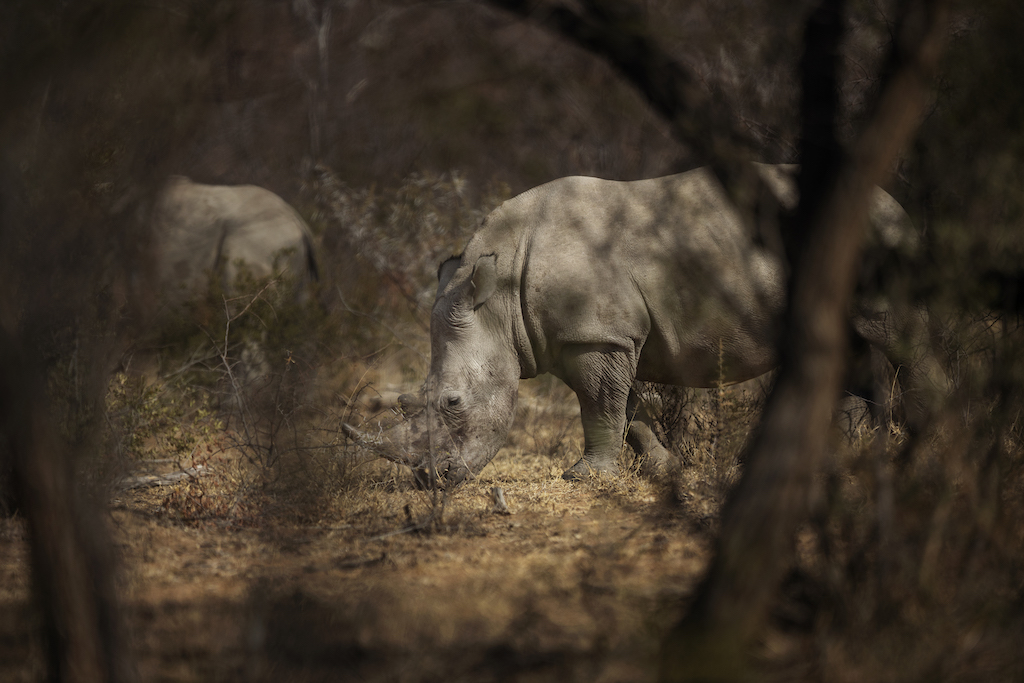 A white rhino stands during a guided safari tour at the Dinokeng Game Reserve outside Pretoria.

JOHANNESBURG - Most people convicted for wildlife poaching and trafficking in South Africa commit the crimes due to poverty and joblessness, a study by an international wildlife conservation group has shown.

A report published Thursday and compiled after interviews with 73 convicted wildlife offenders incarcerated in South Africa's jails, concluded that 70 percent of them were forced into crime just to make a living.

"A variety of reasons led offenders to become involved in illegal wildlife trade, one frequent motivation being a desire to provide for their families given the lack of viable legal economic alternatives," said TRAFFIC.

One study respondent told TRAFFIC: "I just wanted to give my children a better life than I had".

Another said he just wanted to send his "firstborn to school so that he could get education. I wanted him to have the opportunity which I was denied as a child".

"If I were working, I would not have gone and done this," regretted another respondent.

Yet others took the risk just to keep up with well-to-do friends.

"My friends... used to poach. They were driving cars and I wished to be like them," said another, adding "so I ended up doing illegal things. I was fooled, and I regret what I did."

Seventy-four percent of the surveyed offenders were serving sentences for rhino-related offences and the rest for crimes linked to abalone and cycad trafficking.

South Africa, which for years has battled a scourge of rhino poaching fuelled by insatiable demand for their horns in Asia, is also facing high unemployment levels of more than 30-percent.

At least 8,200 rhino have been poached for their horn in the past decade in South Africa, according to TRAFFIC.