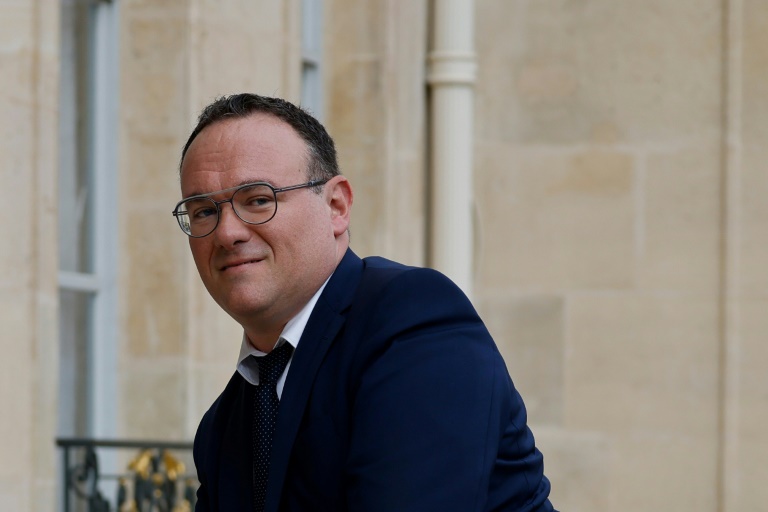 PARIS - French President Emmanuel Macron's newly appointed disabilities minister rejected accusations of rape against him Monday and said he would not be resigning.

The controversy over Damien Abad is a major headache for Macron and his new Prime Minister Elisabeth Borne, as they try to maintain political momentum ahead of June parliamentary elections.

They also come after several politicians running for parliament stepped down in recent weeks over alleged violence against women.

Abad was responding to the weekend publication of rape allegations against him from more than a decade ago.

"Should an innocent man resign? I don't think so," he told reporters in his constituency of Ain in eastern France on Monday.

"I contest the accusations against me with the greatest firmness... I have never raped a single woman in my life."

The appointment of Abad as minister for solidarities and people with disabilities in a reshuffle Friday was seen as a major coup for Macron, as the 42-year-old had defected from the right-wing opposition.

But the next day, the Mediapart news site reported that a politics watchdog group created by members of France's #MeToo movement had informed prosecutors of rape claims against Abad by two women in 2010 and 2011.

The government's new spokeswoman Olivia Gregoire denied Monday that Macron and his government had been aware of the allegations when Abad was appointed.

One of the Abad's accusers told Mediapart that in 2010 she had blacked out after accepting a glass of champagne and woke up in her underwear in pain with Abad in a hotel room. She believes she may have been drugged.

She did not file an official complaint, but prosecutors are looking into the case following a report filed by the Observatory of Sexist and Sexual Violence in Politics. 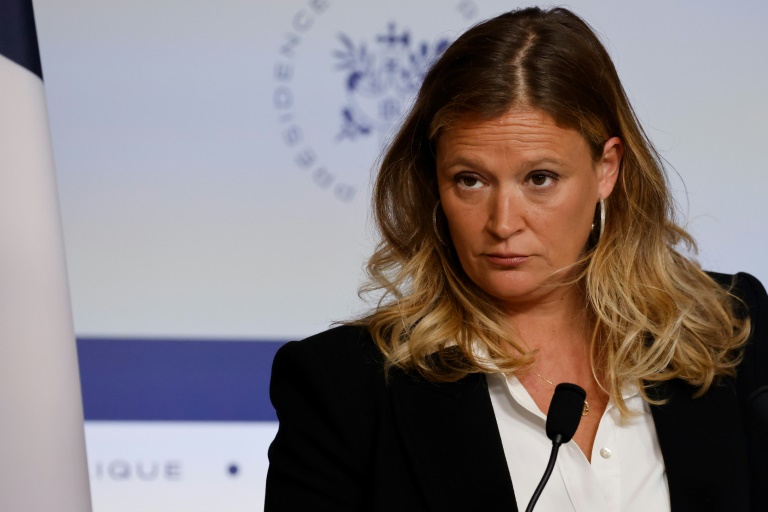 The report said she had informed the police in 2012 but had declined to make a formal complaint. Her subsequent claim in 2017 was dismissed by prosecutors.

"I'm relieved that it's come out, because I knocked on quite a few doors so that someone would do something after the case was dismissed, as I thought it was unfair," Margaux told AFP Sunday.

"A lot of people knew but some preferred to look away rather than ask more questions," she added.

In an earlier statement denying the allegations, Abad said his own disability meant he was incapable of sexually assaulting anyone.

He has arthrogryposis, a rare condition that affects the joints, which he says means sexual relations can only occur with the help of a partner.

The allegations overshadowed the new cabinet's first meeting Monday, with Gregoire facing a string of questions on the case.

"The government is with those who, following an assault or harassment, have the immense courage to speak out," Gregoire told reporters.

It is up to the judicial system to establish the truth, she added. To her knowledge, "no other procedure against Damien Abad is in the works".

But politicians on the left called for his immediate resignation.

"If I were prime minister, I would tell Damien Abad: 'I have no particular reason to believe the women are lying... While we wait for a decision from the judicial system, I wish for you not to be part of the government,'" Socialist Party leader Olivier Faure told France Inter radio.

"We need to send a loud enough message to women, that their voices count," Rousseau told RTL radio.

Borne, herself only appointed last week in the reshuffle, said Sunday there could be no impunity for harassment and sexual assault.

"If there is new information, if a new complaint is filed, we will draw all the consequences," Borne said.

In 2020, Macron's decision to appoint Gerald Darmanin as interior minister -- although he was accused of rape, sexual harassment and abuse of power -- drew heavy criticism, even sparking demonstrations.

Darmanin, who kept his job in the reshuffle, has denied any wrongdoing and prosecutors in January asked for the case to be dropped.