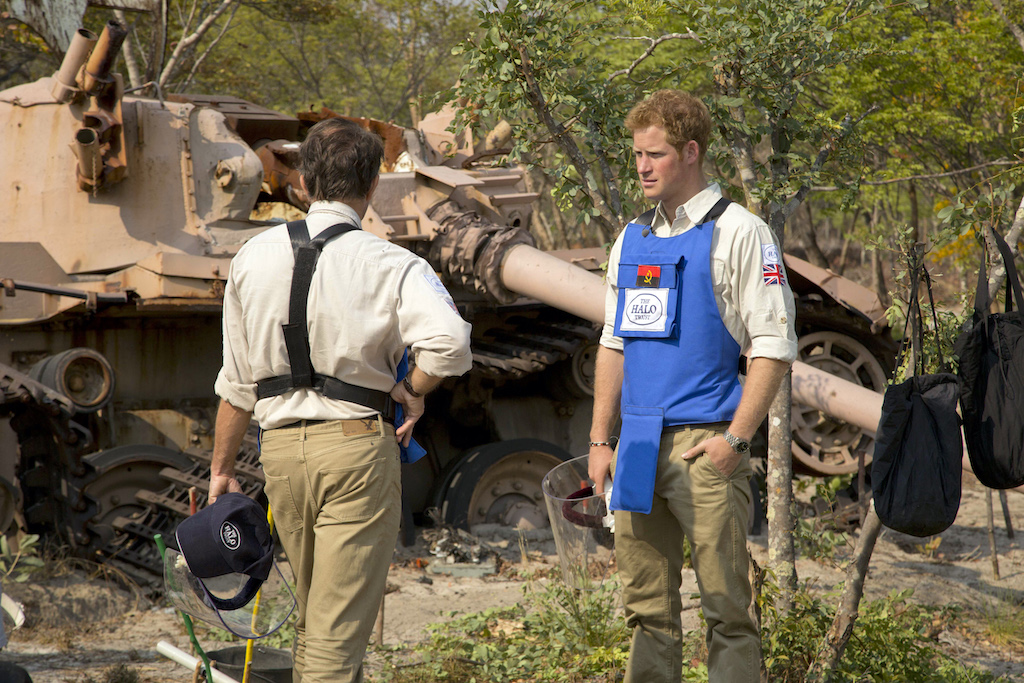 LONDON - Britain's Prince Harry on Monday threw his weight behind mine clearance efforts in Angola, a cause championed by his mother more than two decades ago when she made global headlines by walking through a minefield in the country.

The prince welcomed an announcement that Angola will invest $60-million in clearing mines in the southeast of the country under a major conservation initiative in one of the world's largest wildernesses.

"Let's not forget, land mines are a humanitarian issue and not a political one," the Duke of Sussex told a seminar on demining Angola at London's Chatham House think tank.

He said it was "pretty shocking" that funding for demining in Angola had fallen by 90 percent over the last decade and urged the world not to "leave a job half done".

Angola's environment minister, Paula Coelho, told the event the $60-million would be used to clear 153 minefields inside the Mavinga and Luengue-Luiana National Parks in Cuando Cubango province, which Prince Harry visited in 2013.

The money will be channelled through the American-British demining charity HALO Trust, which promised that half the 800 new deminers would be women.

More than one million landmines were planted during Angola's 27-year civil war, which ended in 2002. Many people remain displaced and 88,000 have been left with disabilities from landmines which continue to maim and kill.

Angola has committed to clearing all landmines by 2025, but HALO said an estimated 1,155 minefields remained, covering an area equivalent to 121 square kilometres.