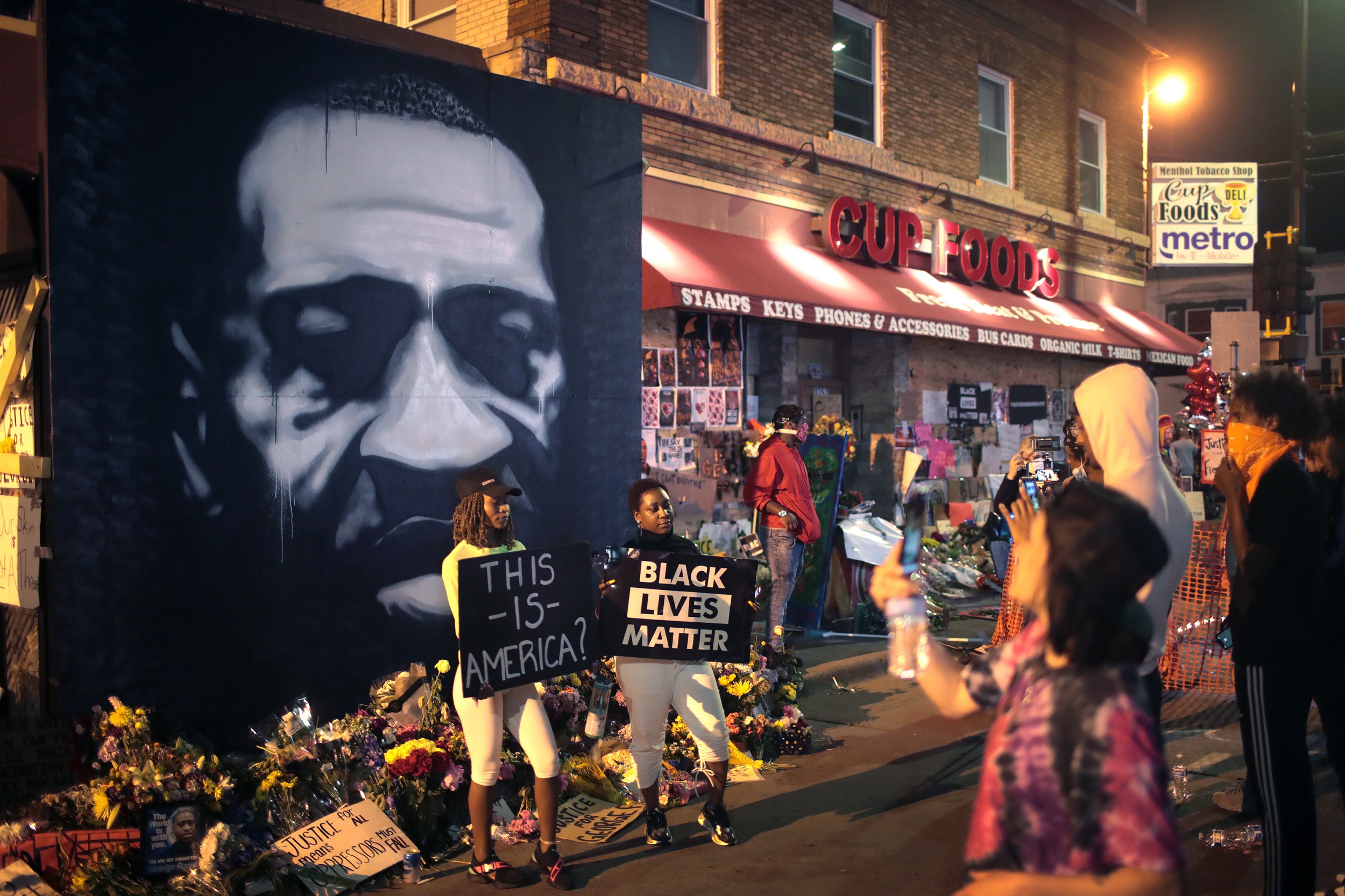 People visit a memorial at the site where George Floyd was killed in Minneapolis, Minnesota. Floyd died while in police custody after former Minneapolis police officer Derek Chauvin knelt on his neck for nine minutes while detaining him.

MINNEAPOLIS - US protesters welcomed new charges brought against Minneapolis officers in the killing of George Floyd.

But thousands still marched in cities across the country for a ninth straight night, chanting against racism and police brutality.

Pressure on President Donald Trump mounted as his former Pentagon chief Jim Mattis launched a searing broadside, accusing the Republican leader of trying to "divide" America during the unrest.

But they said they were upgrading the charge, roughly akin to manslaughter, to second-degree murder, which does not involve premeditation but carries stiffer penalties.

Chauvin's three colleagues at the scene of Floyd's May 25 arrest for allegedly seeking to buy cigarettes with a counterfeit bill are accused of being complicit in the killing.

READ: US cities under curfew after fresh anti-race protests, looting

Tou Thao, J. Alexander Kueng and Thomas Lane were charged with aiding and abetting second-degree murder, and taken into custody.

The arrest of all four officers has been a focus for tens of thousands of protesters who have marched the streets of dozens of US cities, often defying curfews to condemn police brutality and demand racial justice.

US cities including Los Angeles and Washington delayed the start of their curfews by several hours Wednesday after looting and violence had subsided the previous night, while Seattle scrapped its curfew with immediate effect.