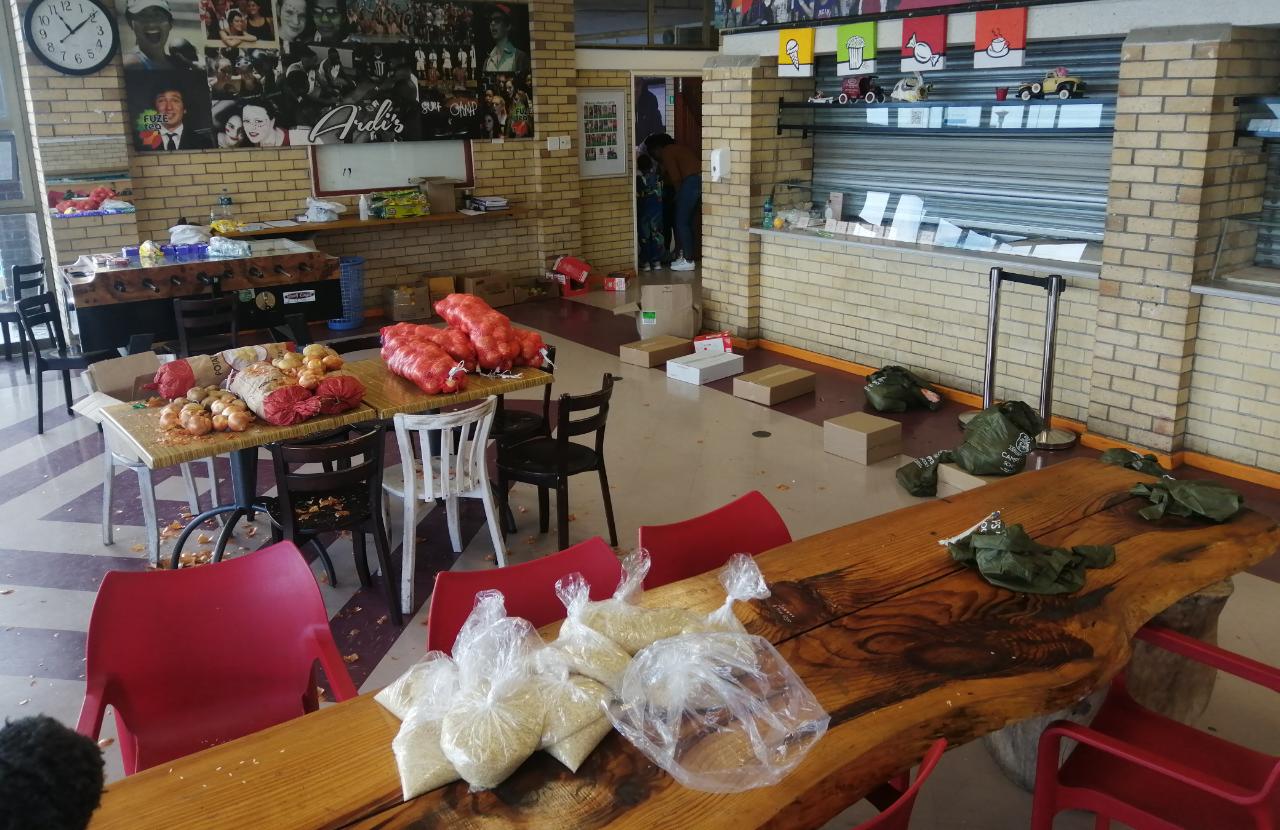 A Cape Town school is making sure its pupils will have food over the 21-day period.

A dozen hungry pupils dig their spoons into the brimming bowls as the sun slowly thaws the frosty meadows surrounding their town, Sterkspruit, tucked in the Maluti mountains across the border from Lesotho.

"There are children who are schooling here who rely mostly on the meals they get from school," said their principal, Thabang Letsoso.

Before the pandemic, around nine million children in South Africa's state-run schools received a meal per day as part of a government-led nutrition programme.

WATCH: SA Lockdown: Grades R, 6, and 11 to return to school on Monday

In impoverished rural communities, that meal often provides the bulk of a child's nutritional intake.

Schools that shut at the start of South Africa's coronavirus outbreak in March started gradually welcoming pupils back to class last month, with three more year groups allowed back from Monday.

But over the weekend, provincial authorities postponed the return date due to an "increase in the number of infections" across the Eastern Cape -- the country's third-worst-affected province.

The long disruption has not just affected the children's education in a poor rural area. It has also stoked concern about youngsters missing out on a crucial daily plate of hot food.

WATCH: Motshekga also 'anxious' about her grandchildren returning to school

"Since March they have been staying at home, (where) nothing has been happening," Letsoso worried.

"Sometimes I think some of them (now) sleep without anything in their stomachs."

At least one fifth of about 12 million learners have now been allowed to return to school across South Africa.

In the Eastern Cape this only applies to grade seven -- children aged around 13 -- and grade 12 students, aged around 17 or 18, who are working for their high-school diploma.

The next batch of grades are expected to resume class only later this month.

For Sitoromo that means 368 children will have been out of school for at least four months by the time they return to class.

Clad in a dark green uniform and face mask, grade seven student Yongama Rhini said she was relieved to be back.

READ: Around 6-million pupils expected in schools for second phase

"When I am at home I'm cleaning, after cleaning I’m cooking (and) after cooking we go to play and there is no social distancing there," the 13-year old told AFP during her lunch break.

Concerns about safety have grown, however, as over 150 Eastern Cape schools have reported coronavirus cases over the past month.

At least 270 learners and 271 staff have tested positive across the coastal province -- the highest in the country -- according to government figures.

Fifteen staffers and three pupils were reported dead over the weekend.

Sitoromo itself had just reopened from a two-week closure after a teacher caught coronavirus, stoking further distress among alarmed parents.

'She can have breakfast'

"How must my child go back?" asked Lidya Radigeje, whose son was meant to resume class this week.

"What we have heard about this disease is that it is here and it kills."

Nondabezitha Sikunya admitted she was still looking forward to her 12-year-old grand-daughter's return to school.

"She is not hungry when she comes home from school," said Sikunya, 55, who makes a meagre living as a communal farm labourer.

"That money is too small to support her," she added. "At least she can have breakfast here."

Rights groups have criticised the government for failing to continue distributing food to learners outside class.

In a recent survey of its 400 members, South African youth group Equal Education found that 37 percent had not been able to get enough food since schools closed -- prompting the organisation to take legal action.

Education Minister Angie Motshekga has since announced plans to feed "learners not yet in school" through staggered meal times and food parcel collections.

Several doctors in South Africa believe the detrimental effects of keeping children away from school could outweigh the risk of catching coronavirus.

"School is a better environment for poorer parents who have to go back to work and are not sure what is happening to their kids," South African Paediatric Association President Mignon McCulloch told AFP, noting that children were unlikely to develop COVID-19.

"If you have got an orderly school where kids are wearing masks in class and keeping their hands clean... and the desks are put slightly apart... the kids are at least getting some education and nutrition."

Easier said than done in this largely rural and poor province, where 60 percent of schools told local officials they were not "ready" to received more pupils this week.

"COVID-19 has added to that tragedy," said economics teacher Letlotlo Motsoeneng, pointing to chronic water shortages and lack of space.

"We don't know where we will put them," he sighed. "We are really stressed about our health."