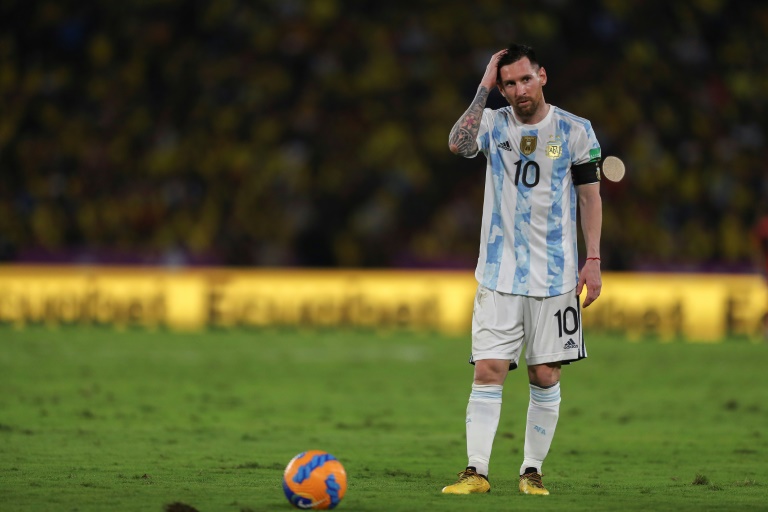 DOHA - As the football world prepares to head to Qatar in six months' time, this World Cup is set to bookend the era in which Lionel Messi and Cristiano Ronaldo have been the sport's two pre-eminent players.

At the time, it felt like the 2018 tournament in Russia marked a turning point as a teenage Kylian Mbappe became a global superstar by helping France become world champions.

Mbappe consoling Messi after starring as France beat Argentina in the last 16 was an iconic image of that World Cup.

Fast forward to the present and Mbappe and Messi are team-mates at Paris Saint-Germain.

Still, just 23, the future certainly belongs to Mbappe, who has eclipsed the Argentine at his club this season and has PSG, Real Madrid and football fans the world over on tenterhooks awaiting an announcement on where he will play next season.

Meanwhile, even if they are now on the wane, Messi and Ronaldo will go to Qatar hoping to seize surely their last chance to lift a World Cup, the one glaring omission from the CV of each.

These are the players who have between them won 12 of the last 13 editions of the Ballon d'Or –- Messi won his seventh last year.

Both have won a continental title with their national team, but neither has quite lit up a World Cup in the way they would have hoped.

This will be Messi's fifth World Cup.

He inspired Argentina to the 2014 final, which they lost to Germany.

Yet, incredibly, he has never scored in a World Cup knockout match.

All of his six goals have come in the group stage.

He will be 35 by the time Argentina play Saudi Arabia in their opening game on November 22.

"I am going to have to reassess a lot of things after the World Cup, whether it goes well for us or not," Messi admitted in March.

"I hope it goes well, but a lot of things are definitely going to change."

Ronaldo has also played at four World Cups and last year broke the international scoring record held by Iran's Ali Daei, but he has never managed a goal in the knockout rounds either.

The Portugal captain will be nearly 38 at the end of this year, yet he remains in impressive physical shape and still scored 24 goals for Manchester United this season. 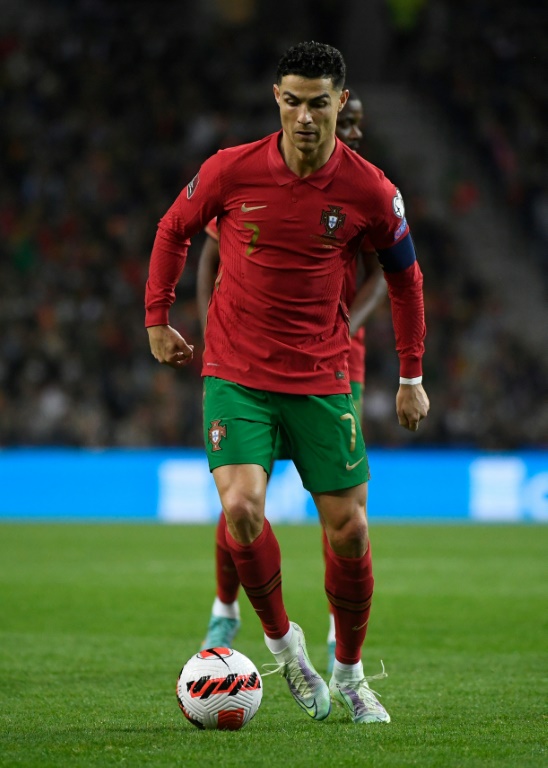 Cristiano Ronaldo is the all-time top scorer in international football

"I will be the one to decide, nobody else," he insisted in March when asked if this could be his last World Cup.

Improved diets and advances in sports science mean more players now are extending their careers at the very top well into their 30s.

Karim Benzema, who turns 35 the day after the final at the Lusail Iconic Stadium, is playing the best football of his career for Real Madrid, the top scorer in La Liga now perhaps the favourite to succeed Messi as Ballon d'Or winner.

So far, Benzema has played at just one World Cup in 2014 before being exiled from the national team for five years over his involvement in a sex-tape blackmail affair.

"There is a World Cup coming and I have to try to do something great. We will see after that if I go down in history," Benzema told L'Equipe recently.

The best player at the last World Cup, Luka Modric has continued to mesmerise in flashes this season alongside Benzema for Real Madrid.

A repeat of his heroic physical efforts four years ago –- when he dragged Croatia through extra time in three knockout ties en route to the final -- is highly unlikely. 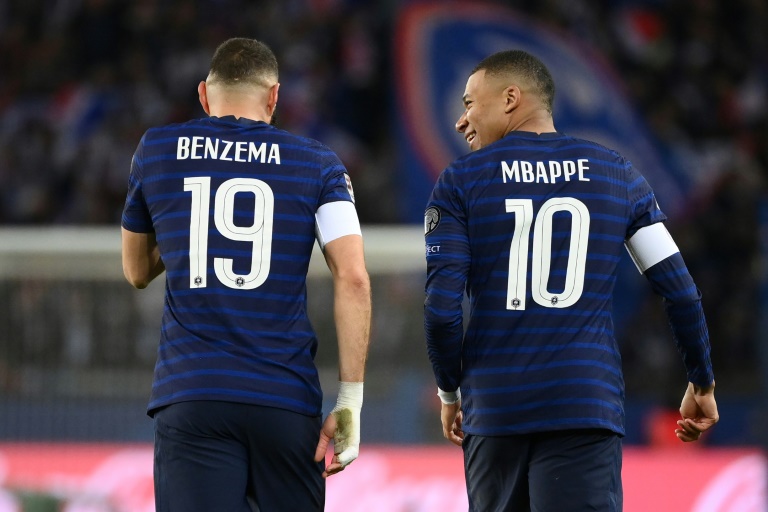 Karim Benzema and Kylian Mbappe together with the French national team

Robert Lewandowski may be the greatest pure goal-getter in European football in recent years, but he has only played three World Cup games for Poland and never scored.

Soon to turn 34, this is again his last chance at the tournament, and the same can be said of Uruguayan veterans Luis Suarez and Edinson Cavani.

Even Neymar, still comparatively young at 30, has said he might not feature at a World Cup again, such is the strain on his body and mind.

"I will play it like it is the last because I don't know if I will still have the mental strength to put up with even more football," the Brazilian said last year.

Yet Qatar may see one of the game's emerging young stars really make their mark, like Mbappe four years ago.

Norway's failure to qualify means no Erling Haaland, but Spain's Pedri, Dusan Vlahovic of Serbia and Vinicius Junior of Brazil are among the new generation of superstars. If only they can outshine the old boys.