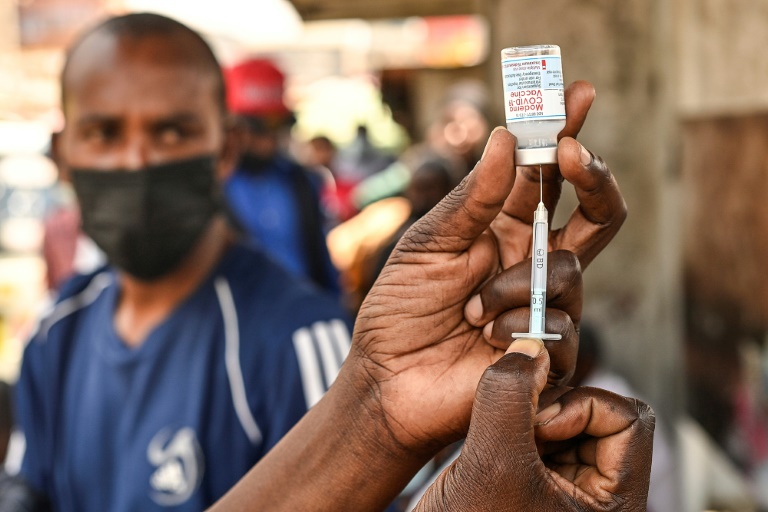 JOHANNESBURG - Vaccines were promoted as a silver bullet to end the pandemic, the path to finally beating COVID-19.

But in Africa, they remain scarce, with access hampered by hoarding, export bans and empty promises.

Nearly six billion vaccine doses have been administered globally, but only two percent of those have been in Africa.

Experts hope that a meeting on the sidelines of the UN General Assembly this week will address gaping vaccine inequalities that are leaving many countries in Africa behind.

So why has Africa found itself at the bottom of the vaccination curve?

- What's the current state of play? -

Africa has largely been spared the high infections and death rates that Covid-19 has wrought in many Western nations, though Delta-variant outbreaks have seen some of the numbers creep up. 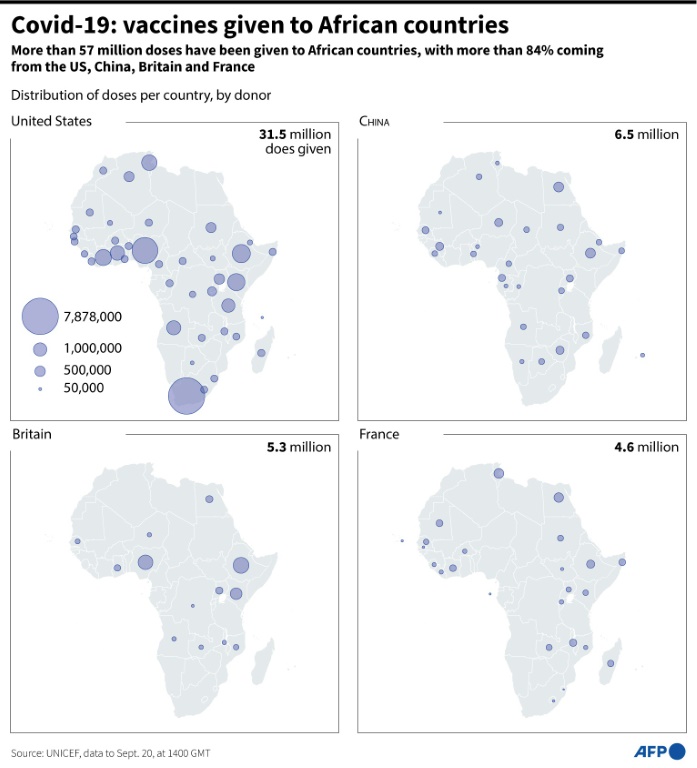 Covid-19: vaccines given to African countries

Home to 1.3 billion people, the continent has reported nearly 8.2 million infections and 206,000 deaths.

In Europe, by comparison, 1.2 million people have died from the virus.

But the continent badly lags on vaccine rates too.

Just 3.6 percent of Africa's eligible population has been inoculated -- compared with an average of more than 60 percent in Europe and Britain.

African countries can get their hands on vaccines by purchasing them directly from manufacturers, or via donations.

One main avenue for getting donated shots is through Covax, an international vaccine-sharing scheme for lower-income nations.

But Covax and AVATT have both been hit by restrictions by vaccine-producing nations -- India, for example, which blocked exports of AstraZeneca as it was facing a deadly wave of the virus earlier this year. 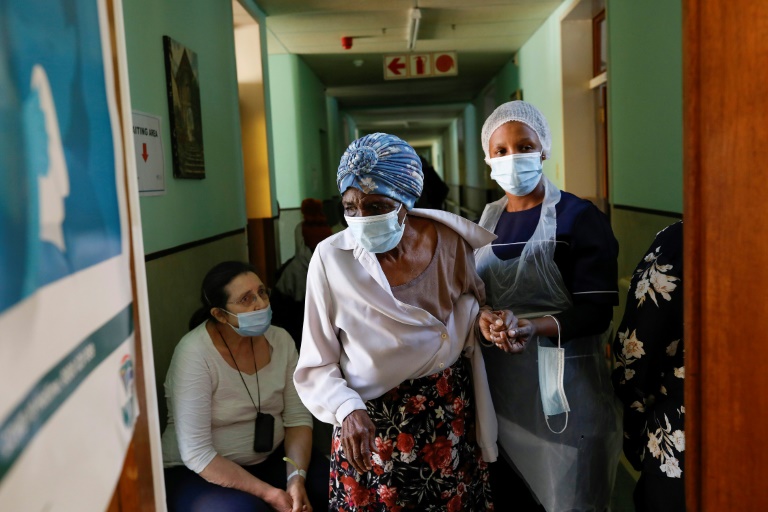 Nearly six billion vaccine doses have been administered globally, but only two percent of those have been in Africa

Manufacturers have also prioritised bilateral deals with individual countries, leaving African nations at the end of the queue.

That means many African nations are increasingly reliant on donations from wealthy countries -- but often only if they have surplus to give away.

Around 57 million vaccine doses have been donated to Africa by governments and private firms, about three-quarters of the total 77.5 million pledged, according to UNICEF.

- Who has given Africa vaccines? -

This is where the empty promises come in.

"It's a story of this pandemic. Everybody talks big, but delivers small," said Fatima Hassan from South Africa's non-profit Health Justice Initiative.

"The world doesn't give a damn about people in Africa". 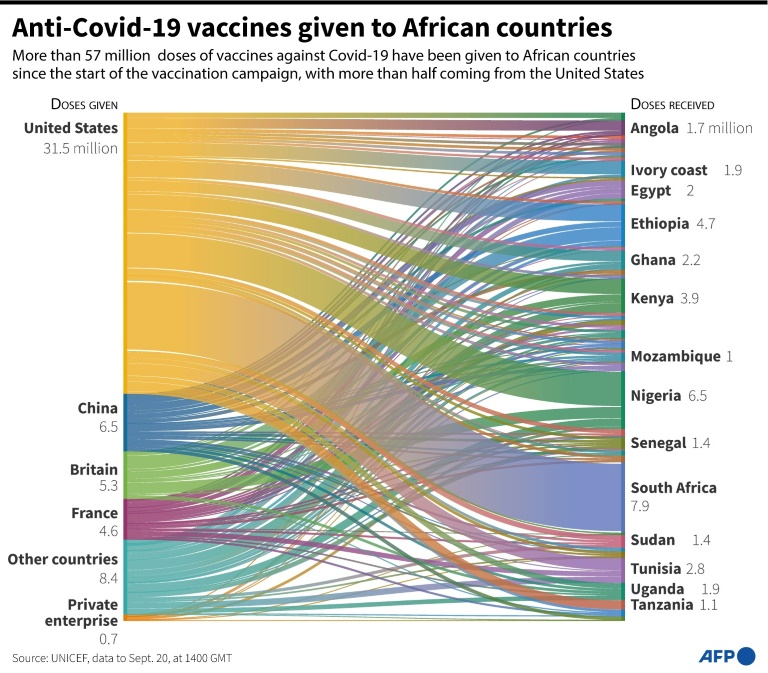 Covid-19 vaccines given to African countries

Western nations have been vocal in their promises to donate shots to Africa. In June, the G7 pledged hundreds of millions of doses to poorer countries, but most have yet to be shipped.

The US has so far donated the most -- 31.5 million doses, ahead of China with 6.8 million, Britain with 5.3 million, and France with 4.5 million, according to data from UNICEF.

Campaigners have called for drugmakers to waive intellectual property rights so poorer nations can produce the vaccines themselves, something that pharma firms are reluctant to do.

Others are pushing for vaccines to be made available for purchase -- by removing export controls and prioritising contracts -- so African countries don't need to be "drip-fed" via donations.

"You can donate to us if you so wish, but... we want access to purchase," AVATT coordinator Strive Masiyiwa pleaded at a World Health Organization last week.

While most Western donations came through Covax, China has chosen to sell or donate jabs via bilateral deals.

Observers say China is eager to boost its profile in Africa via vaccine diplomacy, but its efforts have been hampered by doubts about the efficacy of its shot.

Supplying vaccines has become a new frontier in the battle to gain influence in Africa and beyond, said Hugo Brennan of risk intelligence firm Verisk Maplecroft.

"(It's) one of multiple fronts on which the US and China are competing for geopolitical influence around the globe," he said.

Campaigners hope that vaccine equality will be addressed at a meeting this week on the sidelines of the UN General Assembly, hosted by US President Joe Biden.

The US leader -- keen to lead the fight to vaccinate the globe -- has invited heads of states, business, philanthropists and charity organisations to talks to "end the pandemic".

But there are sceptical voices.

"The US has said many of the right things about global commitments," said Mitchell Warren, director of AVAC, a US-based global health organisation.

"But we have not seen that translate into shots in arms."

By Susan Njanji, With Afp Graphics Department In Paris