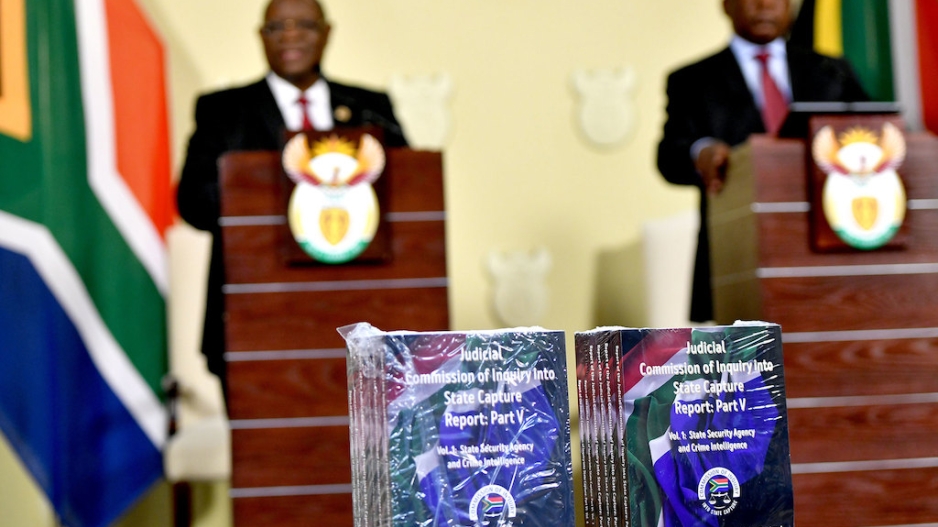 The report was handed over to President Cyril Ramaphosa following several delays. GCIS

JOHANNESBURG - President Cyril Ramaphosa says the completion of the State Capture Commission's work is an opportunity to build a society free of corruption.

Ramaphosa praised whistleblowers and others who uncovered wrongdoing related to State Capture.

Ramaphosa admits the trust gap will take some time to close, but he's calling on South Africans to make sure corruption on this level never happens again.

The president also acknowledged the lifting of COVID-19 restrictions.

He says it signals a shift in the national psyche.

We now have an opportunity to make a decisive break with the excesses of the past by building a society free of corruption and a state rooted in ethics, professionalism and capability that truly serves the South African people. https://t.co/ShehdZOIIm pic.twitter.com/LYK9QAnan5