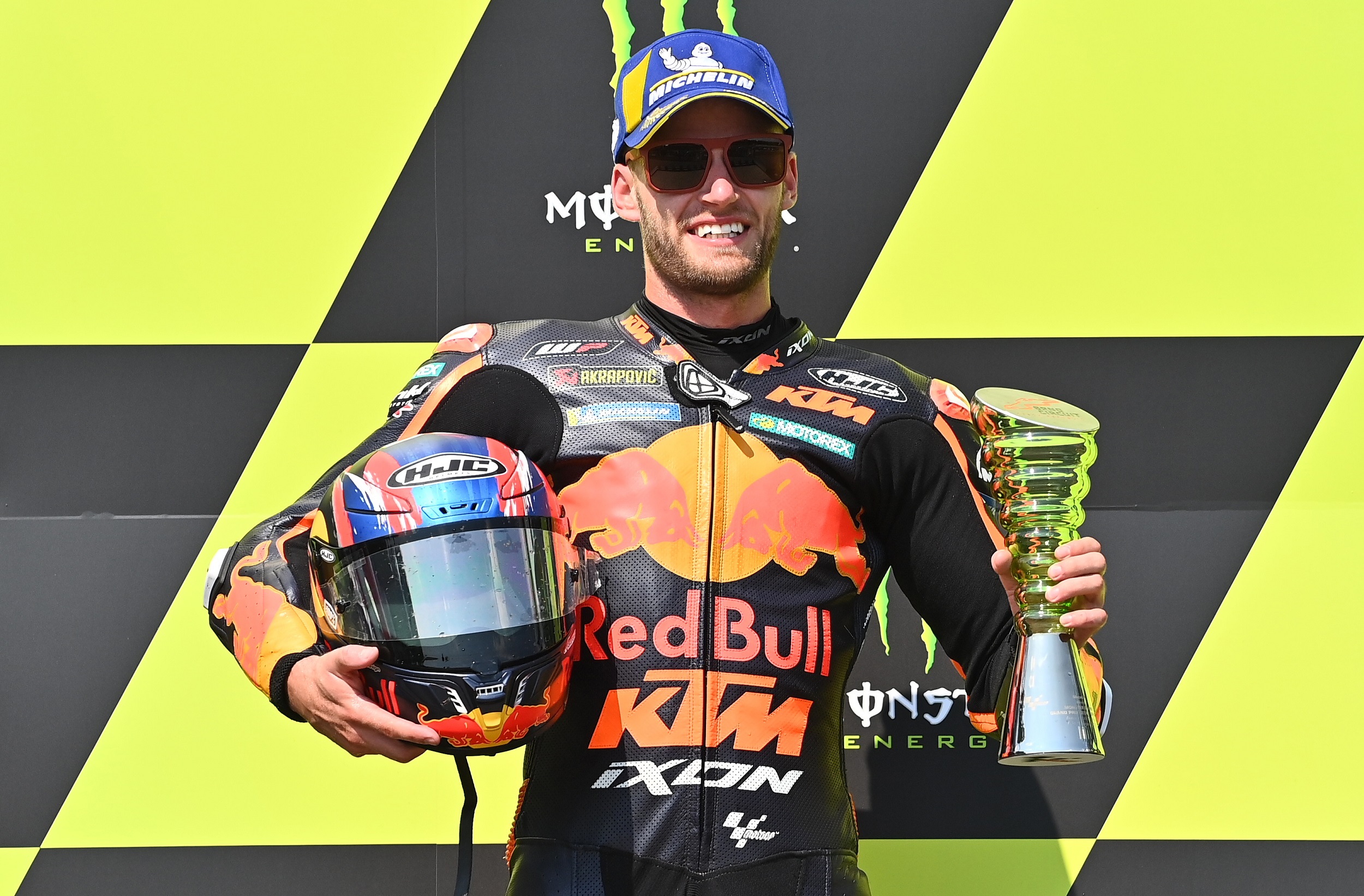 Brad Binder celebrates during the winner's ceremony after the Moto GP Czech Grand Prix at Masaryk circuit in Brno.

JOHANNESBURG - The stunning Czech MotoGP triumph of South African rookie Brad Binder at the weekend did not go unnoticed in the highest office in the African state.

Reacting to the victory in central Europe by the 24-year-old in only his third elite division race, President Cyril Ramaphosa said Binder had made all South Africans proud.

"We share in his elation and look forward to his long and successful career at the top of his sport," said the 67-year-old leader.

"His victory in the Czech Grand Prix provides us with inspiration, hope and pride and lifts South African spirits at a time we need this."

Binder, who was born in Potchefstroom, became the first South African to win a MotoGP race.

He was the first rookie to triumph in the premier class since 2013 and now moves to Austria for two events at the Red Bull Ring in Spielberg on August 16 and 23.

Before his success in the Czech Republic, Binder had finished 13th in the Spanish GP and did not finish in the Andalusia GP this season.

His win in Brno lifted the morale of the most industrialised African nation as it grapples with the coronavirus pandemic and an embattled economy.