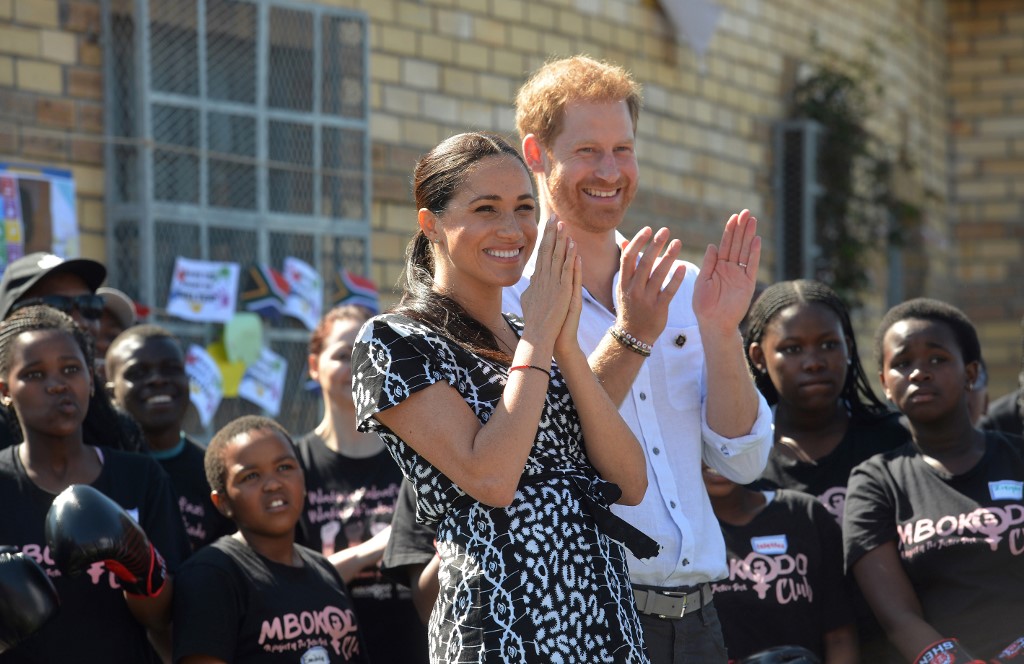 File: Prince Harry, Duke of Sussex and Meghan, Duchess of Sussex arrive for a visit to the "Justice desk", an NGO in the township of Nyanga in Cape Town, as they begin their tour of the region on September 23, 2019.

The Presidency said Ramaphosa and First Lady Dr Tshepo Motsepe will receive a courtesy call from the Duke and Duchess of Sussex at their official residence Mahlamba Ndlopfu in Pretoria.

“The meeting between the President, First Lady Dr Motsepe, and The Duke and Duchess of Sussex, follows a courtesy call paid by President Ramaphosa on Queen Elizabeth II in Buckingham Palace during the President’s Working Visit to London in April 2018, where he participated in the Commonwealth Heads of Government Meeting,” the Presidency said.