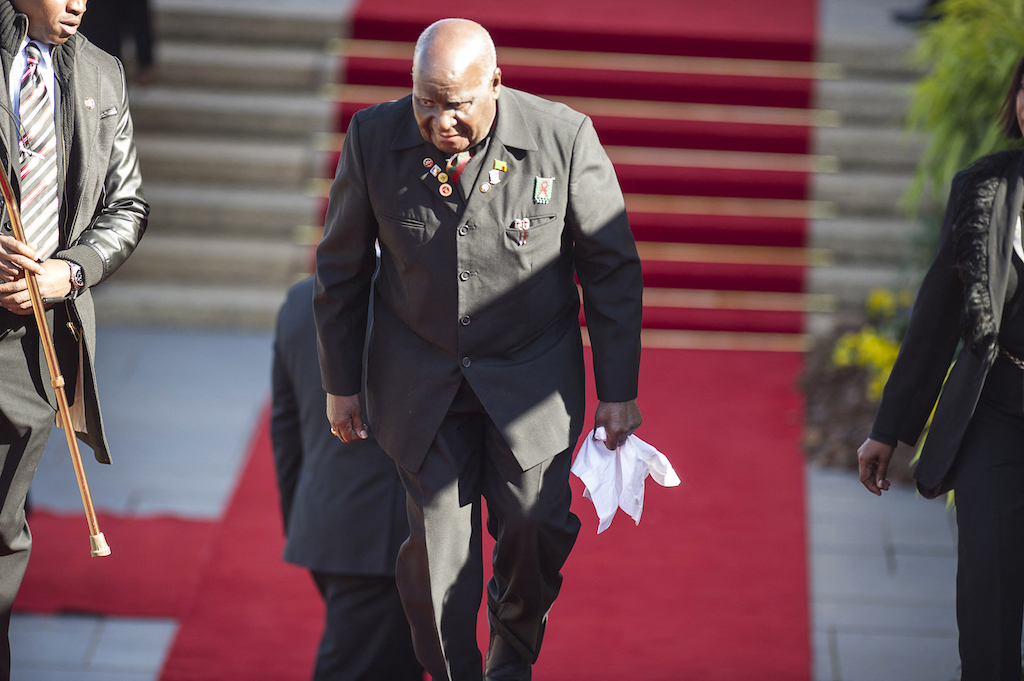 Former President of the Republic of Zambia, Kenneth Kaunda. AFP/Pool

Ramaphosa declared a national period of mourning for 10 days starting on Friday.

Flags will be flown at half-mast at all flag stations.

Ramaphosa has described Kaunda as the 'father of African independence and unity.'

He says the Zambian was an unwavering champion of South Africa’s liberation.

Kaunda offered the ANC headquarters in Lusaka during the apartheid era.

The former statesman was given the Order of the Companions of OR Tambo in 2002.