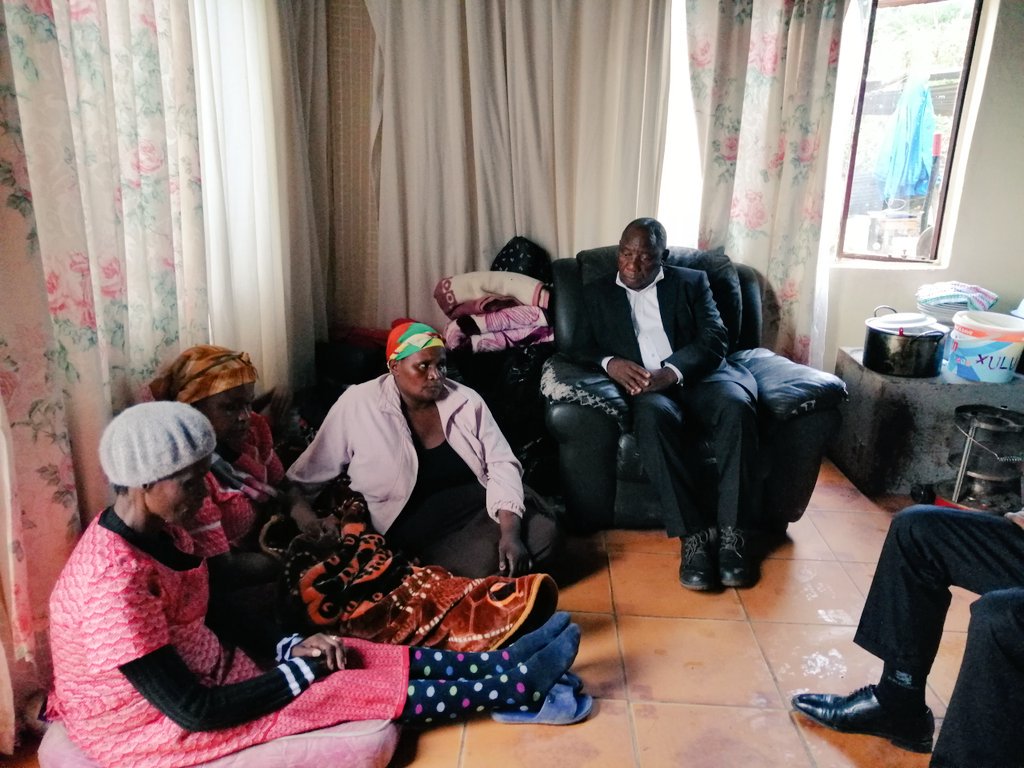 President Cyril Ramaphosa in KwaZulu Natal during the floods.

PRETORIA – President Cyril Ramaphosa has declared a seven day period of mourning for the victims of the floods that ravaged the country last week.

Torrential lashed parts of KwaZulu Natal and the Eastern Cape resulting in devastating floods, in which 70 people were killed and housing infrastructure destroyed.

Ramaphosa has instructed that the national flag fly at half-mast at every station in the country from 1 to 7 May 2019.

“President Ramaphosa has visited flood-stricken communities and assured residents that all spheres of government will assist communities in rescue and recovery efforts. The President has also welcomed the wealth of material and social support extended to affected communities by various sectors of society,”  the Presidency said in a statement.

“The President has expressed the profound appreciation of the government and people of South Africa for the messages of support received from governments around the world in relation to the recent floods.

“President Ramaphosa equally appreciates the international messages of congratulation extended to South Africa in recognition of our celebration of 25 years of freedom and democracy.”

Flood damage is estimated at R1.1-billion.