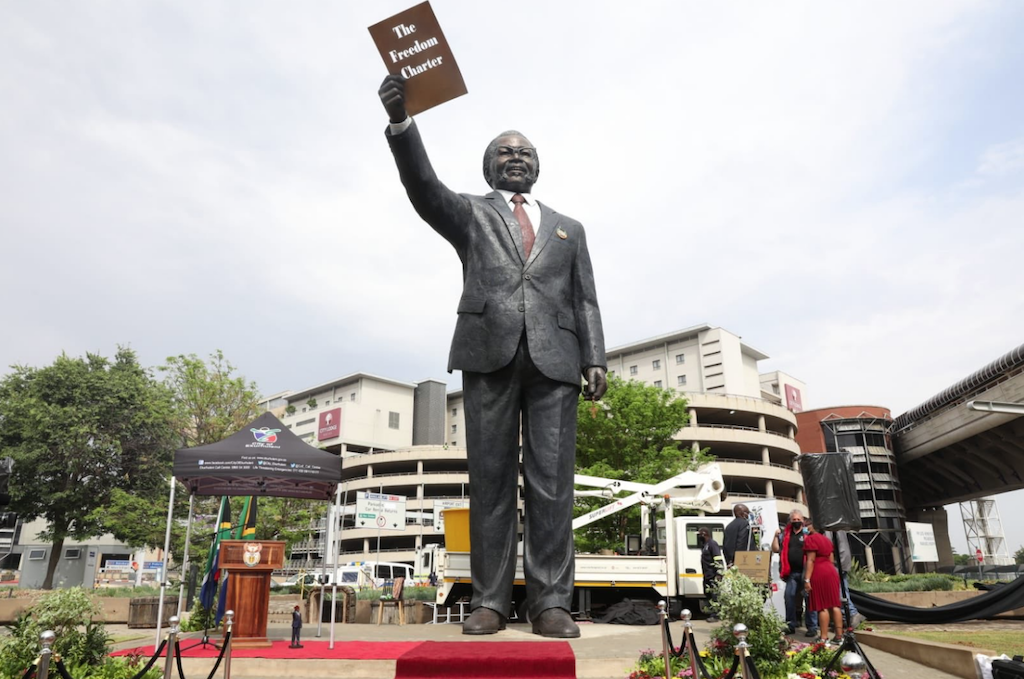 The giant statue of struggle stalwart Oliver Tambo unveiled at the OR Tambo International Airport.

JOHANNESBURG - The ANC's longest-serving president is being honoured with a bronze statue at an airport named after him -- OR Tambo.

President Cyril Ramaphosa has hailed Tambo as the man who articulated the aspirations of South Africans who yearned for freedom.

"OR Tambo was the architect of our freedom. And thanks to his activism, people living in this distant lands got to know of our struggle and gladly joined it," Ramaphosa said.

WATCH: OR Tambo in his own words

Ramaphosa said it was fitting that the statue is erected at an airport that is named after him, which is the gateway to the world.

Tambo's family and cabinet ministers were at the unveiling of the nine-metre statue.