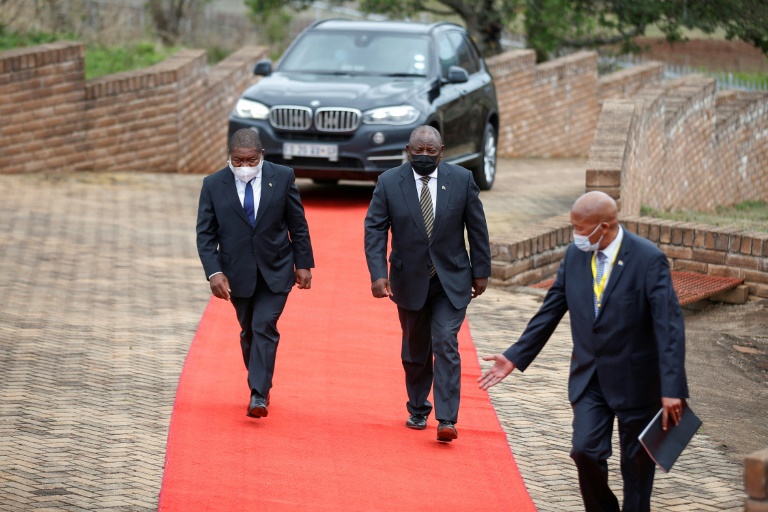 MBUZINI - President Cyril Ramaphosa on Tuesday marked the 35th anniversary of the death of Mozambique's first president Samora Machel, vowing to go after Islamist insurgents wreaking havoc in the north of the country.

Ramaphosa and Mozambican President Filipe Nyusi led a memorial event at the sight of the plane crash that killed Machel while flying home from a conference in Zambia.

On October 19, 1986, a Tupolev airplane carrying Machel crashed into mountains in South Africa near the border with Mozambique, killing 35 people.

Ramaphosa paid tribute to Machel for his contribution to the fight against colonial and apartheid rule in southern Africa, urging the region to "continue with the struggle" for freedoms.

"It is for this reason that the peoples of southern Africa... have all decided, collectively, to act in solidarity to help the people of Mozambique to push out and to fight the insurgents who are spreading conflict, insecurity and violence."

"I have one message for those insurgents. We will come after you," warned Ramaphosa

"We will make sure that Mozambique becomes a country where you will not spread violence," he said.

The 16-nation SADC bloc has deployed troops in northern Mozambique since July.

Machel's crash remains a mystery, but speculation has lingered that it was linked to tensions between Mozambique and the then-apartheid regime in South Africa.