Ramaphosa's first day on the job 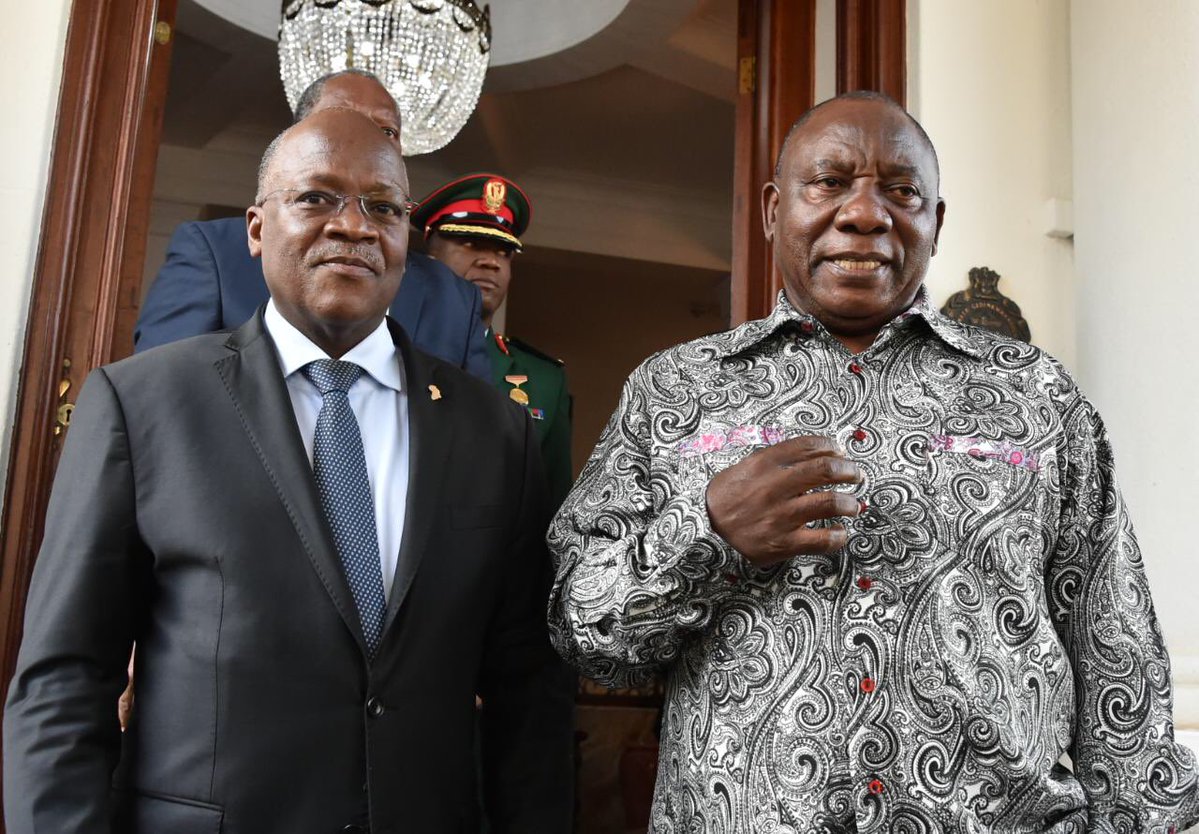 President Cyril Ramaphosa and President John Pombe Joseph Magufuli of the United Republic of Tanzania at his official residence Mahlamba Ndlopfu in Tshwane after his inauguration.

Ramaphosa wasn't short of visitors on his first day on the job.

Magufuli presented him with some books on Swahili literature and a portrait of the Big Five.

Meanwhile, Ramaphosa announced that he will announce his cabinet later in the week.