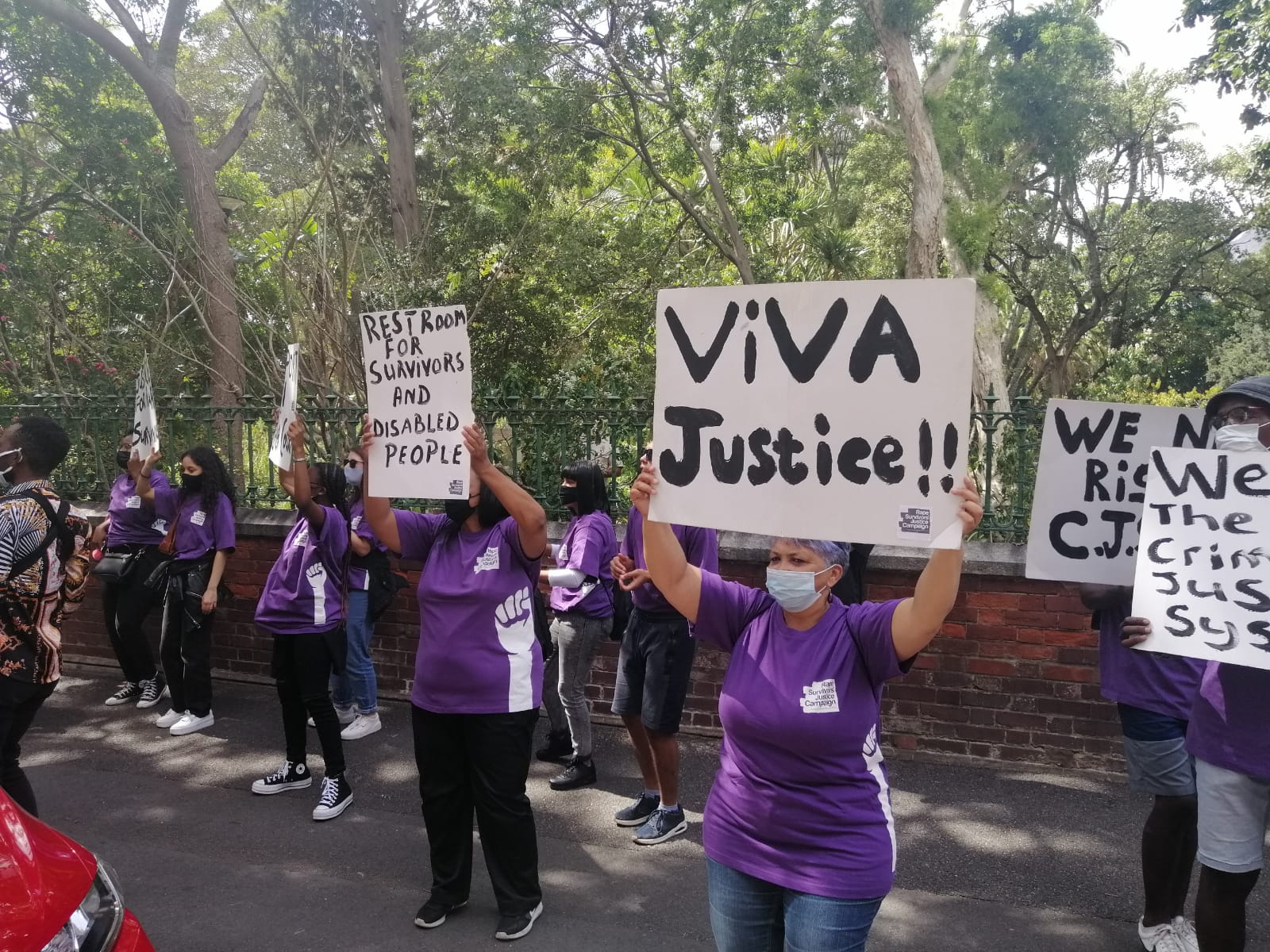 The Rape Crisis Centre in Cape Town held a protest outside the Western Cape regional office of the justice department.

It says this leads to some withdrawing cases.

It submitted a memorandum of grievances to the Western Cape Justice Department to respond to by the end of the month.

Mandisa Mbotshelwa from the Rape Crisis Centre said: “We believe that when survivors are testifying in court they need to feel safe and comfortable in order for them to survive.

"The problem is, when they enter the court building, they enter with the public inside.

"We are looking for a separate entrance for them and also for the office, whereby our court supporter will sit next to the courtroom so that the survivor doesn’t have to walk to the court supporter’s office, also the restrooms should be separated so that they don’t meet their perpetrators in corridors.”

It is long past time for the Khayelitsha Sexual Offences Court to be upgraded to deliver justice.

Show your solidarity at minimum with the #JusticeProtest hashtag and follow @RapeCrisis for more steps you can take --> https://t.co/QMUNDLkXKV

For four years, we have gathered outside the Khayelitsha Court to demand that physical upgrades be made to the court so that it can provide the standard of service required to be a sexual offences court.

For 4 years, the @DOJCD_ZA has not kept its promise, but we will keep ours. pic.twitter.com/0wiidcejAr