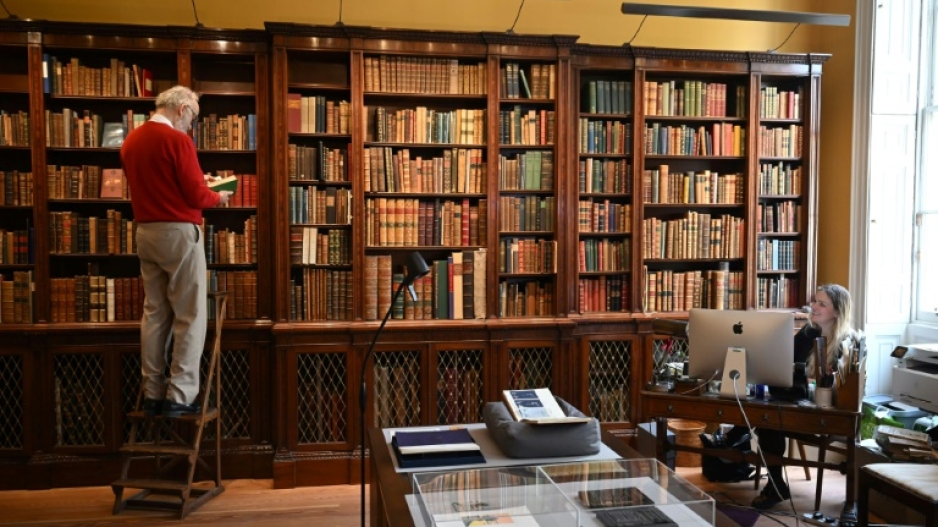 PARIS - Ed Maggs examines a shelf of leather-bound antique books that his family have been selling from their landmark London shop for the last 170 years.

It was at Maggs Bros. Ltd that a Bolivian diplomat acquired two volumes of "Don Quixote", the Spanish epic novel by Miguel de Cervantes, which are now up for auction.

They were last bought in the 1930s by diplomat, Jorge Ortiz Linares, who was subsequently Bolivia's ambassador to France in the 1940s.

He was the son-in-law of Simon Patino, a Bolivian industrialist living in Paris, who made his vast fortune in tin mining in the early 20th century. 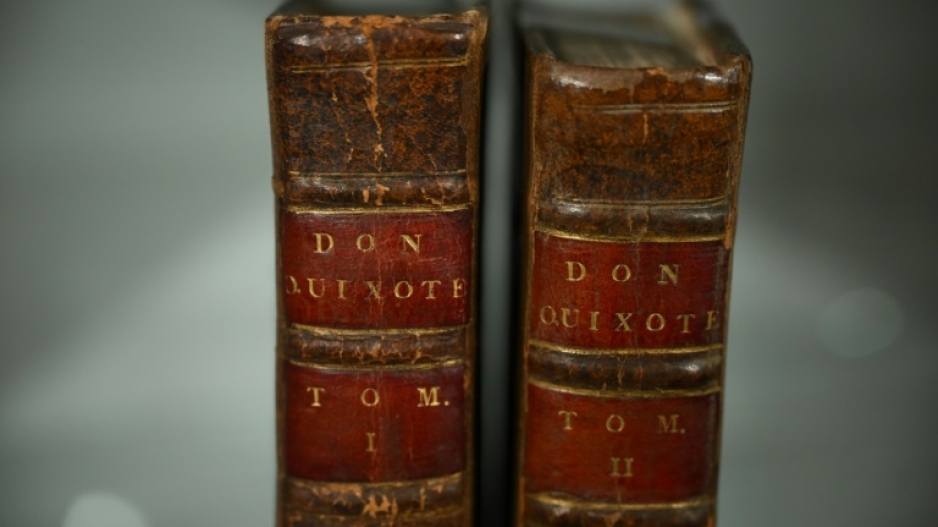 Ortiz was an avid collector and was on the hunt for an original edition of "Don Quixote", which many consider to be the first modern novel.

The tale of a poor Spanish gentleman who reads so many chivalric romances that he thinks he is a knight was a huge success when it was published in 1605.

In the 1930s, Ortiz's research led him to the British capital, which Maggs describes as "arguably the most important centre for the rare book trade" in the world.

Maggs is the great-great-grandson of Uriah Maggs, who founded the bookstore in 1853.

Over the years, it gained a reputation among British royalty and exiled monarchs such as Manuel II of Portugal and Spain's Alfonso XIII.

The bookshop, now in Bedford Square near University College London and the British Museum, came to own 1,358 rare editions of Spanish-language books. 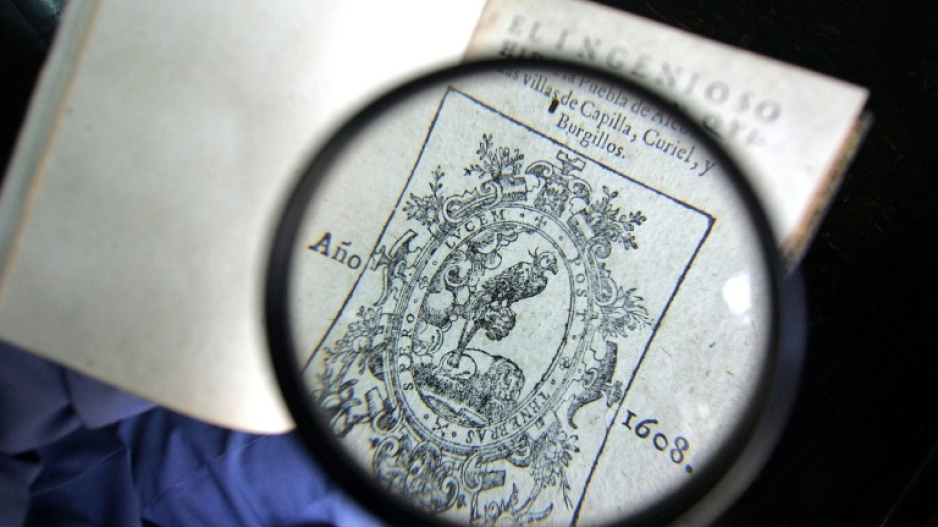 They were collected in a catalogue published in 1927 "still quoted by bibliographers today", says Jonathan Reilly, an expert on the Maggs bookshop.

Reilly points to one of the works that caught Ortiz's eye: two first editions of "Don Quixote" -- Book I, published in 1605, and Book II, which came out 10 years later.

Ortiz, however, was out of luck and found that the books had already been sold. But he left his details just in case.

In 1936, he received a long-awaited call from the bookseller and made a trip to London as soon as he could.

"Why did he get on an airplane immediately? The book collector is sometimes enthusiast, sometimes a little bit obsessed," said Maggs. 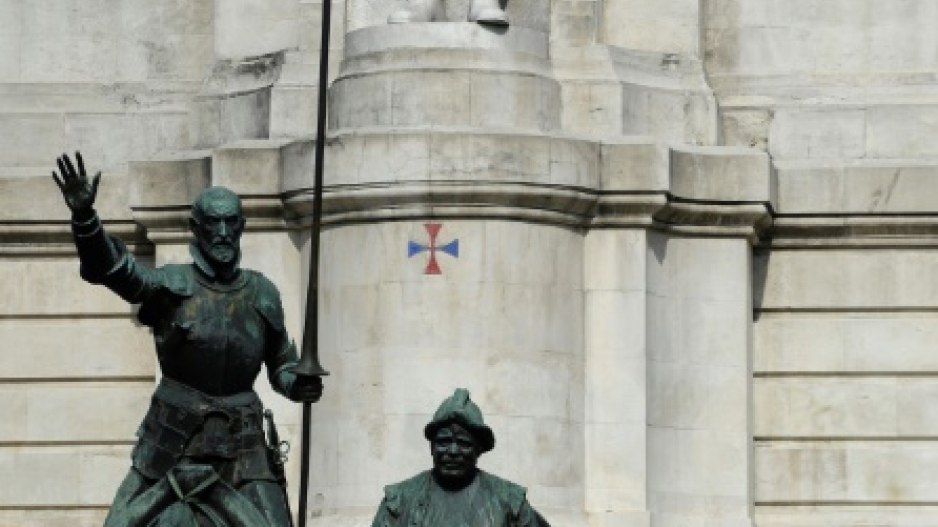 'Don Quixote', by Miguel de Cervantes, tells the story of a poor Spanish nobleman who thinks he is a knight

Since then, the books have remained out of public view but can now be seen at Sotheby's in London before the Paris sale next month.

The first editions of Don Quixote Book I are rare because many were lost in a shipwreck near Havana when they were sent en masse to Latin America, the auction house said.

Published in 1608, the third edition was the last to be printed during Cervantes' lifetime and was corrected by him, Heilbronn said.

"All the translations we have today come from this third edition so it's important," she added.

What makes the books unique is that they were bound in the 18th century for an English collector.

Such early bindings of the book are very rare, said Heilbronn. 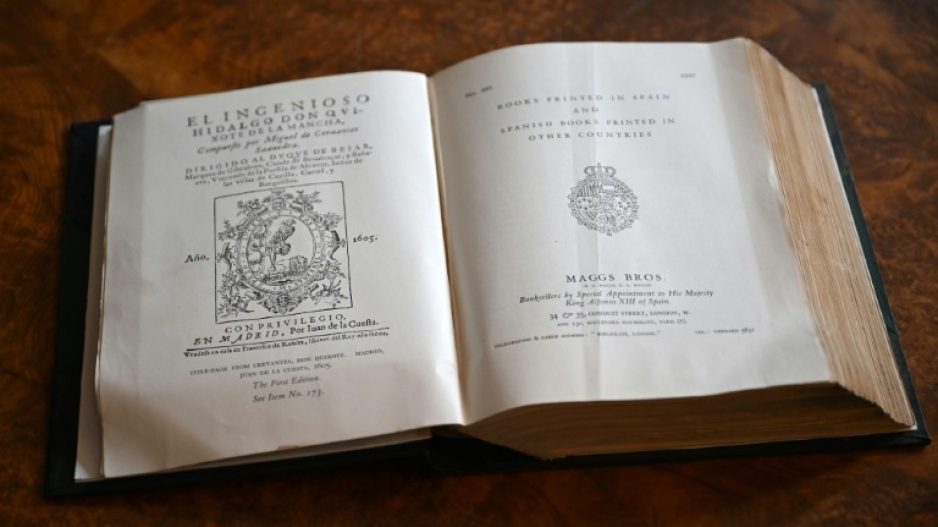 In the latter, Garcilaso de la Vega recounts the conquest of America from the point of view of indigenous peoples.

Ortiz also bought the "Hispania Victrix" (1553) about the conquest of Mexico, which is the first work in history to mention California.

On Wednesday, the five works will be returned to the bookseller for a few hours before leaving for Paris.

They will then be auctioned off along with the 83 other items in the Ortiz Linares collection put together with the help of antiquarian bookseller Jean-Baptiste de Proyart.

Total sales are estimated at between 1.8 million and 2.5 million euros.