READ: Zuma hits back at his critics 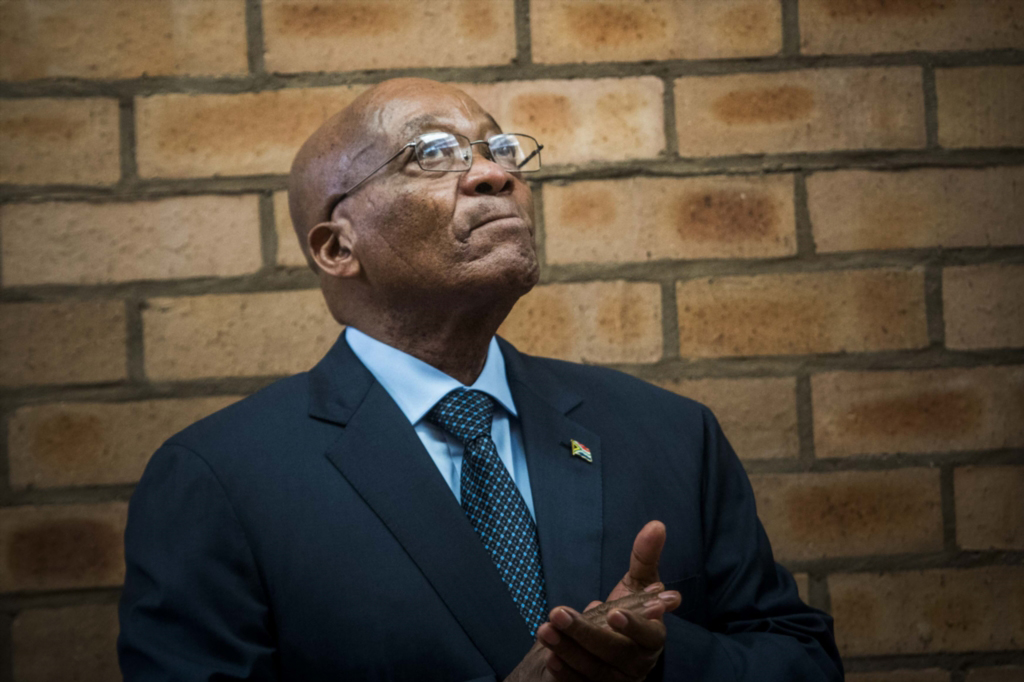 File: Former President Jacob Zuma's hit back at his critics with a statement released on Twitter.

JOHANNESBURG - Former president Jacob Zuma has hit back at his critics.

Zuma said the reference does not apply to him alone, but also the ANC.

He said he remains proud of what he and the country achieved over the past decade.

He also implied that the ANC lost Tshwane and Johannesburg because the party did not want him to campaign for them in Gauteng.

Zuma, however, makes no reference to state capture and the allegations levelled against him.

It has been nearly a year now since my resignation as President of the Republic.

All that I have done and will continue to do will be for the ANC, and it remains impossible for me to see myself as distinct from our movement, which has mapped out the liberation of millions of Africans.

Being part of the ANC has always been my proudest association, and history will record my life as being woven into the fabric and tapestry of our country and what has brought us to our understanding of what the ANC is today. The wise would do well never to try to escape this reality.

So it is with unease that we must bear witness to certain recent comments and attitudes that, if not questioned, threaten to become the prevailing wisdom and even the new status quo in the ANC.

Because we are hearing, now, of the country’s “nine wasted years”.

When referring to the past decade as “wasted years” in this way, these critics saying so within the ANC might be quick to point out they are not only speaking in reference to me. They may even say they are pointing the finger at themselves, or at the movement in general, but I must still caution against this new trend, and not for my sake.

We are in an election year and it is not advisable for us to subscribe to the lie that the past decade has been a completely wasted one. It was the ANC in charge, and we should not be taking such a message of defeatism to those who have given us their votes, and trust.

I do not believe we have betrayed that trust and I remain proud of much of what we and the country achieved over the past decade.

Could we have done more? Yes. Could it have been better? Yes. Was it a wasted decade? No.

When I became ANC president in 2007, we needed to deal with the immediate challenge of HIV/Aids decimating our people. Today, millions of lives have been saved and transformed and we no longer see and read about “Aids babies” who die before their fifth birthday. South Africa today has the biggest treatment programme in the world with more than 3.9 million people on treatment by August 2017.

South Africa remains a country of deep social challenges and poverty, but we spent the past decade working to change that, and there is much to be proud of today.

We created the National Development Plan as a central pivot around which to build our government programmes, and we established the Presidential Hotline to make government more hands-on. I believe it made government more accessible, and has made a difference.

2016’s General Household Survey showed the strides we made in providing and improving basic services to our people. We were number one in the world in 2017 for delivering subsidised housing for the poor, with nearly 4.5 million houses and subsidies delivered.

Our social grants programme was broadened to 17 million – a buffer against disaster for so many of our people. Government’s expanded school nutrition programmes in both primary and secondary schools now reach more than 9 million children every school day, most of them attending no-fee schools.

We rolled out the biggest infrastructure investment drive since the dawn of democracy. Previously neglected provinces such as the Eastern Cape enjoyed investment of hundreds of millions for development and more than R1 trillion was invested in national infrastructure projects between 2009 and 2014.

The ocean economy project became an apex priority and has been a major creator of jobs.

The end of my term ushered in free tertiary education, building on the gains in basic education. We have begun to see the fruits of our long-term plan of turning around the challenges in our school system, with one dedicated minister, Angie Motshekga, always there and always trusted to oversee a visionary programme that is now delivering increases in the matric result pass rates every year.

During these years, South Africa became an equal partner in Brics, an important step for not just the economy of South Africa but a key global development to give formerly oppressed countries more options.

I could go on.

These were not nine wasted years.

A culture of despondency and near-defeatism seems to have crept into the ANC after we failed to win two of the big metros in Gauteng in 2016. The loss of Johannesburg and Tshwane was blamed, by some, “on Zuma”. But how many bothered to take the time to acknowledge that this was the same province where this same Zuma had been rejected by some in the provincial leadership, treated with embarrassment and most heavily criticised by the ANC itself?

They did not want me to campaign for them in Gauteng – and they did not win any major metro. Even Ekurhuleni is governed now through coalition.

Perhaps some in the national ANC should take a lesson from what happened in the Gauteng metros. We should be campaigning positively: we should be telling our people the truth of what we have done and will still be doing. That is how we won our elections over the past two terms, and in the elections before those. The ANC is a positive force for good in our society and that is the message we should be telling. That is the message I am sharing now on the campaign trail as I continue to work with all I have for the ANC to regain the two-thirds majority it needs to take the country forward.

There is no such thing as nine wasted years behind us.

Let us ensure the nine and more years that stretch before us will not be looked back upon as a great wasted opportunity – a chance to take forward our true vision of ongoing Radical Economic Transformation, for which our country continues to cry out.