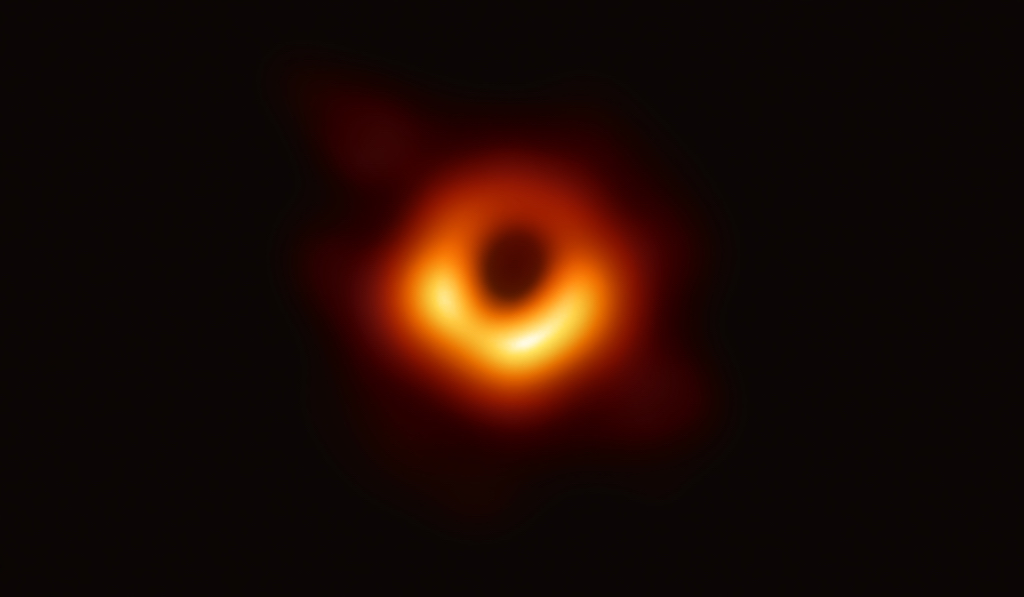 The image of a dark core encircled by a flame-orange halo of white-hot gas and plasma looks like any number of artists' renderings over the last 30 years.

PARIS - Astronomers on Wednesday unveiled the first photo of a black hole, one of the star-devouring monsters scattered throughout the Universe and obscured by impenetrable shields of gravity.

The image of a dark core encircled by a flame-orange halo of white-hot gas and plasma looks like any number of artists' renderings over the last 30 years.

But this time, it's the real deal.

Scientists have been puzzling over invisible "dark stars" since the 18th century, but never has one been spied by a telescope, much less photographed.

The supermassive black hole now immortalised by a far-flung network of radio telescopes is 50 million lightyears away in a galaxy known as M87.

"It's a distance that we could have barely imagined," Frederic Gueth, an astronomer at France's National Centre for Scientific Research (CNRS) and co-author of studies detailing the findings, told AFP.

Most speculation had centred on the other candidate targeted by the Event Horizon Telescope -- Sagittarius A*, the black hole at the centre of our own galaxy, the Milky Way.

Locking down an image of M87's supermassive black hole at such distance is comparable to photographing a pebble on the Moon.

It was also a team effort.

"Instead of constructing a giant telescope that would collapse under its own weight, we combined many observatories," Michael Bremer, an astronomer at the Institute for Millimetric Radio Astronomy (IRAM) in Grenoble, told AFP.