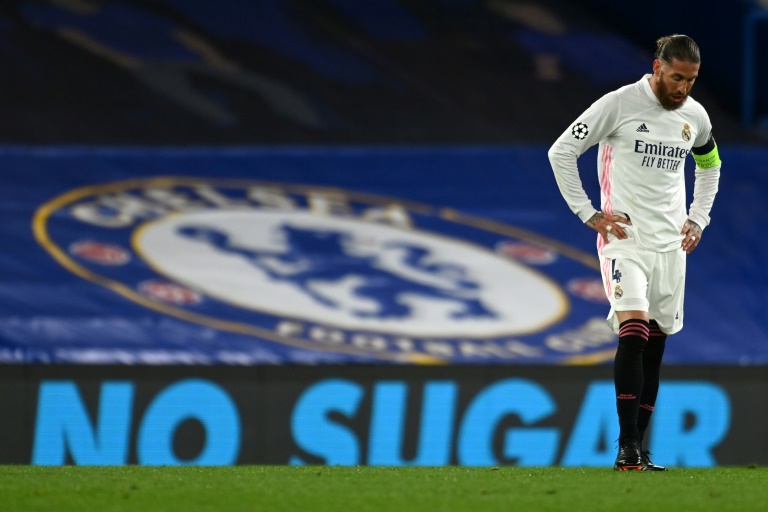 MADRID - Real Madrid were not just beaten but outplayed, their defeat by Chelsea on Wednesday clear enough to spell the end of a team that has gone on and on but can no longer match the best in Europe.

After a historic run that has seen Zinedine Zidane's grandees win three consecutive Champions League titles and four in eight years, Real Madrid can be under no illusions.

This is the third year they have failed to reach the final and the second in a row they have faced elite English opposition and been found wanting.

"Chelsea were the better team," said midfielder Casemiro. "We have no excuses."

Madrid were outclassed by Manchester City last season in the round of 16 and while the 3-1 aggregate score against Chelsea made the tie look competitive, they were fortunate to escape a thrashing.

The second leg could have been comparable to Barcelona's humiliation by Bayern Munich, if only Chelsea were less wasteful with the string of golden opportunities they created.

Barca were thrown into crisis by that 8-2 loss in Lisbon last season, jolted to begin a painful transition that required unpopular decisions about some of the club's leading players.

Madrid, in contrast, have resisted change, Zidane opting instead to extract every last ounce of experience, character and class from his trusted lieutenants, than begin to look to the future.

It has worked too, the club overcoming a year without a single signing, on the back of another in which they spent 100 million euros on Eden Hazard, money that now looks completely wasted.

Without signings and largely without Hazard, Zidane revived and cajoled the old spine of Sergio Ramos, Luka Modric, Toni Kroos, Casemiro and Karim Benzema to reset and win again.

They won La Liga last season and if they beat Sevilla on Sunday, they could be favourites to win it again, on the cusp of Zidane's third La Liga title in four full seasons in charge.

With a depleted squad, ravaged all season by injuries and lately drained by fatigue, that would be an immense achievement. 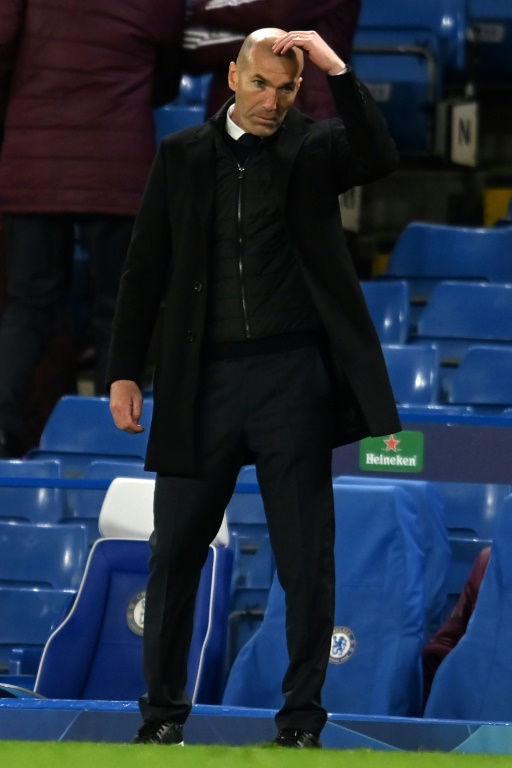 This Real Madrid era will deservedly go down as one of the greatest of all time, for whom winning mentality was not just an asset but the defining feature.

Yet increasingly the level needed to win in Spain appears significantly lower than what is required in Europe, where Paris Saint-Germain were too good for Barca and Chelsea have shown themselves superior to both Real and Atletico Madrid.

If any of La Liga's top three had come up against either Bayern or City, it is hard to imagine a different result.

Madrid's reduced status is not lost on the club's president Florentino Perez, whose passion for a European Super League is driven in part by desperation to prevent the gap getting bigger.

Perez said without the millions on offer from the breakaway, Madrid cannot afford the likes of Kylian Mbappe this summer, the kind of statement signing to launch a new cycle in one-fell swoop.

But there is change that could be slower and smarter, that does not involve buying only the best players in the world at the very highest price.

Sergio Ramos and Luka Modric are both out of contract this summer, with the future of Ramos particularly uncertain.

Yet it is the role of Zidane that could now come into sharp focus, not so much around his proven capabilities with this current team, but his suitability for ushering in a new one.

Some higher up the club have been frustrated by Zidane's reluctance to nurture younger talents.

Martin Odegaard was sidelined and allowed to leave, while Fede Valverde has succumbed to the regular midfield trio and Vinicius Junior and Rodrygo have only delivered in fits and starts.

Zidane's contract expires in 2022 but he has repeatedly refused to address questions regarding his future.

"I do not look beyond the day to day, I don't plan anything," he said in February.

The French national team is often mentioned as a natural next step, particularly as he has never envisaged a long managerial career. He has kept open the possibility of a return to Juventus too.

But if he stays another year, even Zidane -- whose loyalty to these players has been both a cause and product of their success -- may believe change is now essential.