Rebels vow to march on Chad's capital after Deby death 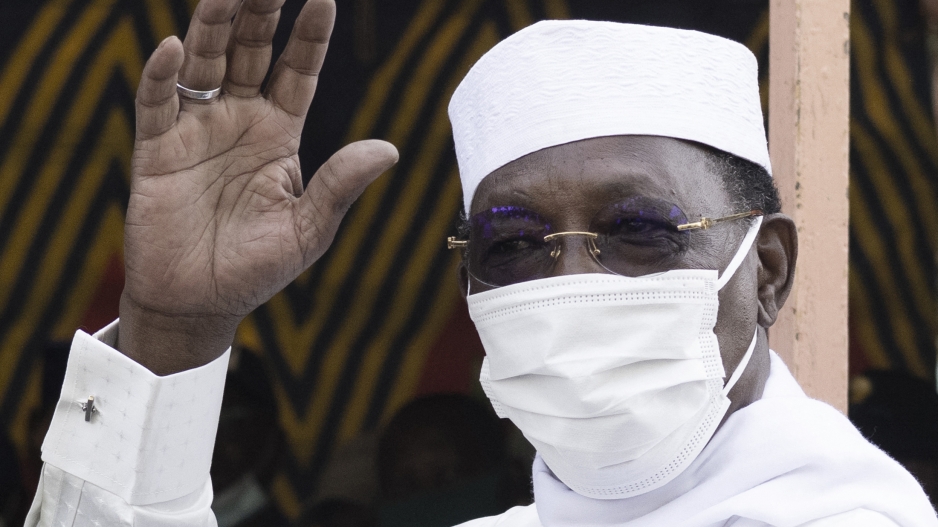 Chadian President Idriss Deby Itno greets a crowd of journalists and supporters as he arrives to casts his ballot at a polling station in N'djamena, on April 11, 2021.

LIBREVILLE - A rebel group which launched an offensive against the regime in Chad from Libya last week vowed Tuesday to march on the capital N'Djamena after the death of President Idriss Deby Itno.

"We categorically reject the transition (being led by one of Deby's sons)," said Kingabe Ogouzeimi de Tapol, spokesman for the Front for Change and Concord in Chad (FACT).

"We intend to pursue the offensive," the spokesman said, contacted by AFP from the Gabonese capital Libreville.

"Our troops are en route towards N'Djamena, but we will allow 15-28 hours for Deby's sons to bury their father, according to tradition," he added.

Chad's military had previously claimed to have "destroyed" the rebels after more than a week of fighting, saying on Monday that it had killed more than 300 and captured 150.

FACT, a group mainly made up of the Saharan Goran people, had said Sunday it had "liberated" the Kanem region, one of the areas it attacked after launching its incursion as Chad was going to the polls on April 11.

Such claims in remote desert combat zones are difficult to verify.