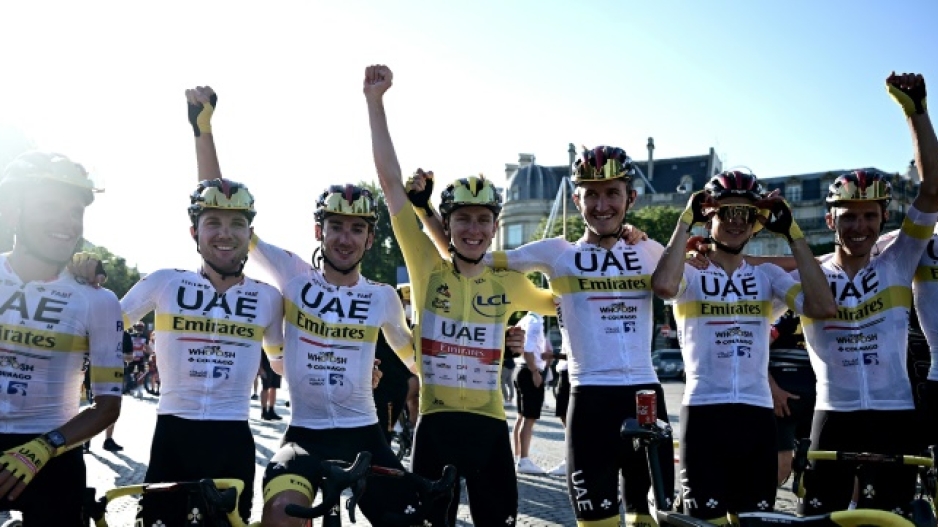 COPENHAGEN - Tadej Pogacar will begin his bid for a third straight Tour de France title later this week alongside four of the same teammates who helped him to last year's yellow jersey.

The Slovenian was unsurprisingly on Monday named in the UAE Team Emirates line-up for the race, which gets underway in Copenhagen on Friday.

New Zealander George Bennett and Spain's Marc Soler, both signed in the off-season, are in the team, as is Italian sprinter Matteo Trentin.

"We've worked very hard all year as a team to prepare for this," said the 23-year-old Pogacar.

"So far this year has been positive for the team and we hope to continue this momentum."

Pogacar is a strong favourite for the Tour after another impressive season which has seen him win the one-day Strade Bianche and two stage races.

Kazakh Alexey Lutsenko, who finished seventh last year, will be the main man for Astana, who will also have four Italian riders on the start line in Denmark.