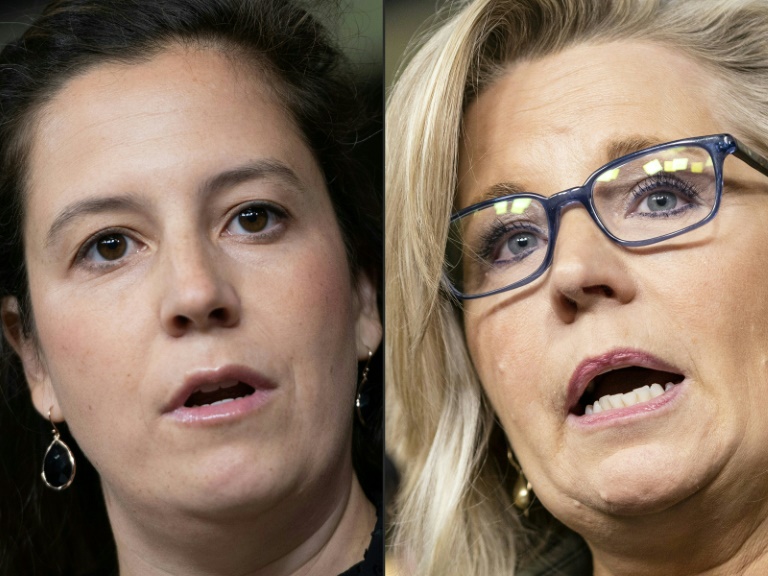 Number three US House Republican Liz Cheney (R), a fierce critic of former president Donald Trump, is likely to be removed from her leadership post and replaced by congresswoman Elise Stefanik, a Trump defender

WASHINGTON - Wednesday's vote by House Republicans over ousting anti-Trump conservative Liz Cheney from her leadership role will almost certainly confirm that the party out of power in Washington is casting its lot with the former US president.

Eighteen months before crucial midterms and three years before the next presidential race, the Republican Party appears intent on punishing one of its own because she refuses to embrace Donald Trump's false claim that Democrats stole the 2020 election.

Republicans argue it's about unity, and that Cheney, hammering on about Trump and what she calls his "dangerous and anti-democratic cult of personality" has done nothing to bring a fractured party together following a contentious election that left them in the political hinterland.

Cheney, a Wyoming conservative and the daughter of former vice president Dick Cheney, is expected to be voted out of her role as the number three House Republican in a morning vote by the party's conference.

On Tuesday evening she delivered a defiant speech on the House floor, warning her colleagues of the potential "unravelling of our democracy" as a former president continues to mislead millions of Americans and sow doubt about election integrity.

"I will not participate in that. I will not sit back in silence as others lead our party down a path that abandons the rule of law, and joins the former president's crusade to undermine our democracy."

Stefanik does not yet have serious competition for the post, and the endorsements make her the clear frontrunner.

But a vote for a new conference chair is not yet set, as some Republicans worry that Stefanik -- while a fierce Trump defender -- is insufficiently conservative.

Regardless of Cheney's replacement, "it's clear that we need to make a change," McCarthy told members Monday.

"Each day spent relitigating the past is one day less we have to seize the future." 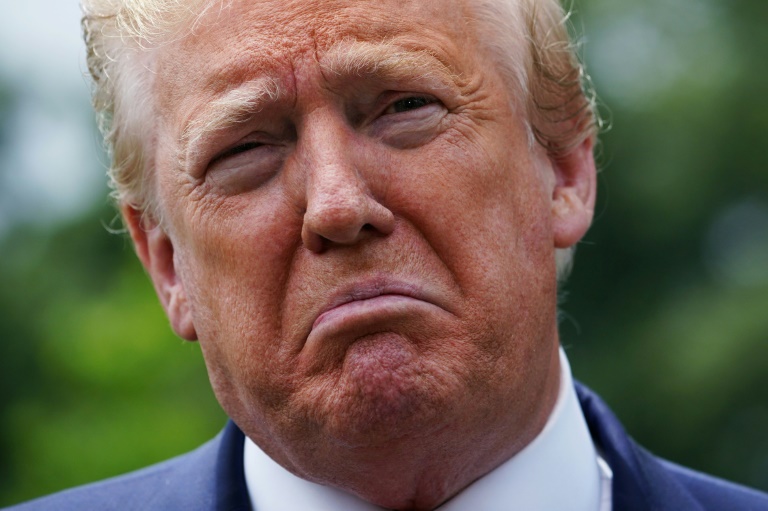 Former president Donald Trump is not running for office in the 2022 midterm elections, but the Republican Party is grappling with how close to embrace his theory that voter fraud caused his 2020 defeat to Joe Biden

While Cheney and a few allies, such as House Republican Adam Kinzinger, warn against clinging to the former president, many in the GOP including Senator Lindsey Graham believe their party cannot move forward without Trumpism -- whether or not Trump himself remains a force.

In a Tuesday letter to fellow Republicans, congressman Chip Roy said Cheney will be ousted because she spent more time "unhelpfully engaging in personal attacks and finger-wagging towards president Trump" than building a party platform to take on Democrats.

"She forfeited her ability to be our spokesperson by pulling us into distraction," the Texas lawmaker said.

The huddle may serve as a reminder that in the midst of a purge of a congressional leader, Washington's gears continue churning.

"Hopefully... they can talk about areas of agreement and things like infrastructure," White House Press Secretary Jen Psaki told reporters.

Cheney nevertheless sits at the centre of a crisis for a party unable to quit its defeated former president or reject his false claim of election fraud. 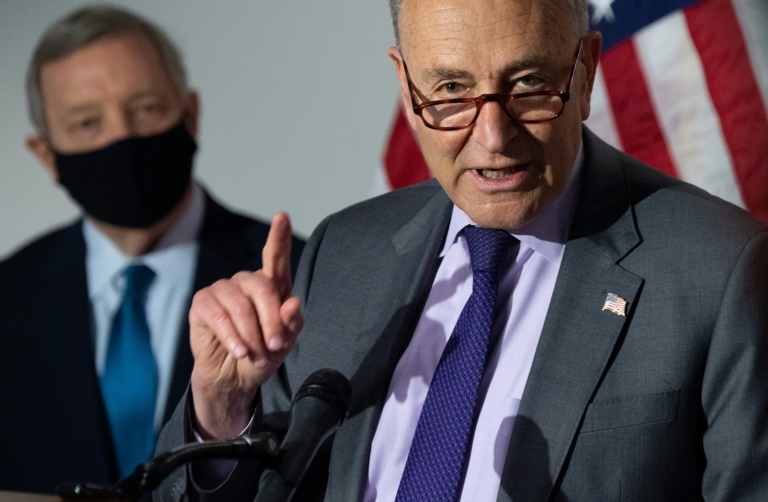 Democrats are seizing on the discord as a chance to paint their Republican opponents as supporting a path towards autocracy.

"When you perpetuate or tolerate lies about the election like this, you erode our democracy," Schumer told senators Tuesday, saying Republicans are repeating the falsehood that the election was stolen "simply to placate... the most dishonest president in American history."

"Unfortunately, the big lie is spreading like a cancer among Republicans," he said.