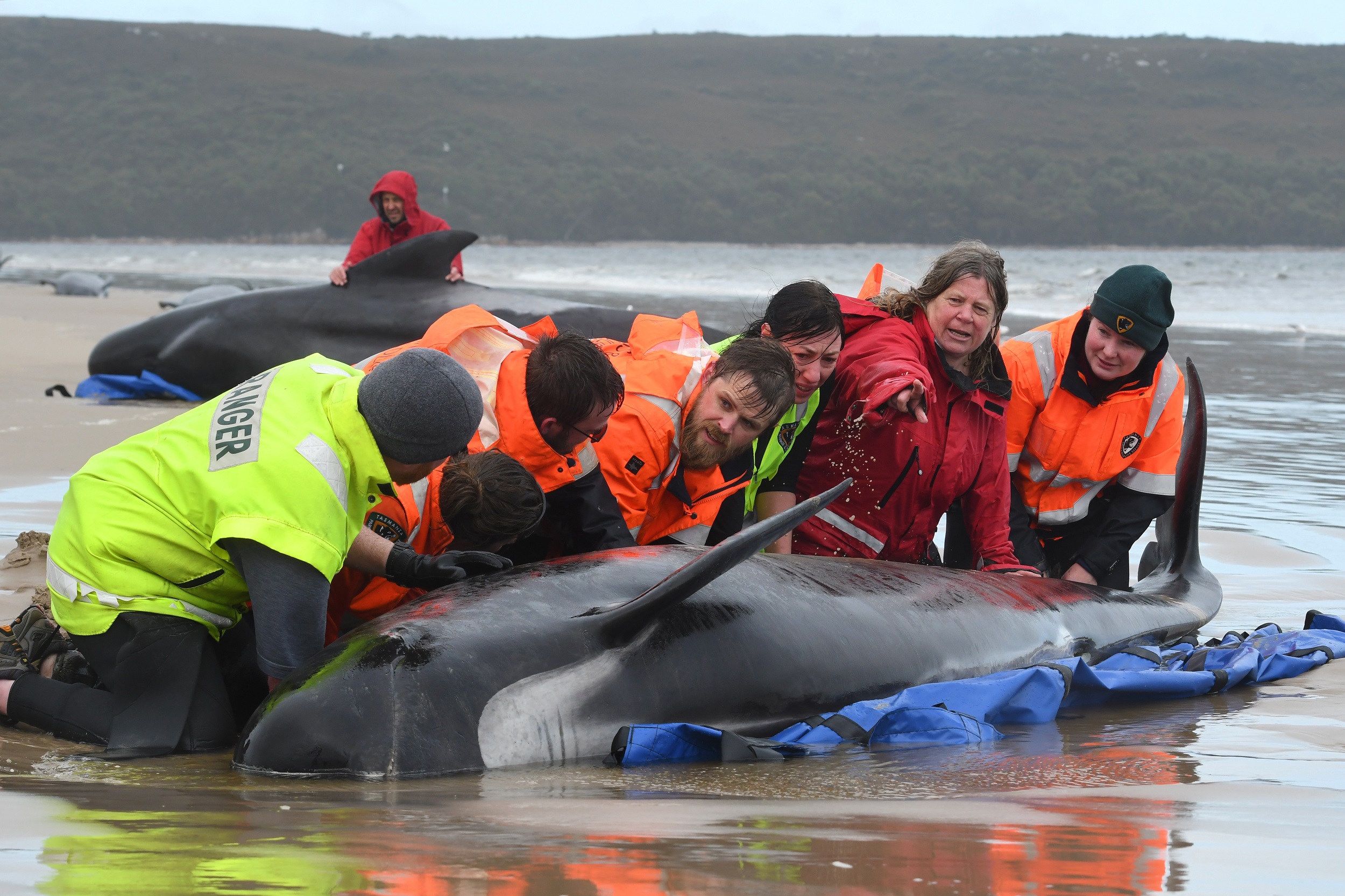 Rescuers working to save a pod of whales stranded on a beach in Macquarie Harbour on the rugged west coast of Tasmania.

SYDNEY - Rescuers raced to save nearly 200 whales stuck in a remote Australian harbour on Tuesday, hoping to minimise the death toll of a mass stranding which had already killed 90.

Officials said at least 25 of the mammals had been freed so far.

A large pod of long-finned pilot whales is currently stuck on a sandbar in Macquarie Harbour, on Tasmania's rugged and sparsely populated west coast, scientists said.

About 60 people -- including volunteers and local fish-farm workers -- are involved in the rescue attempt.

Government marine biologist Kris Carlyon said "about a third" of the 270 animals were dead by late Monday, and that rescuing survivors would be a challenging task likely to take several days.

But there were hopes Tuesday that efforts were already paying off, with at least 25 rescued and escorted to open ocean by boats, according to the official leading the operation.

"We have now freed a small number successfully that appear to have stayed out at sea, and are now scaling up that approach," Parks and Wildlife Service manager Nic Deka said.

"In terms of mass whale strandings in Tasmania, this is up there with the trickiest," Carlyon told reporters in the nearby town of Strahan.

However, Carlyon said many of the partially submerged whales should be able to survive for the several days it would take his team to complete the task, in part due to the inclement weather.