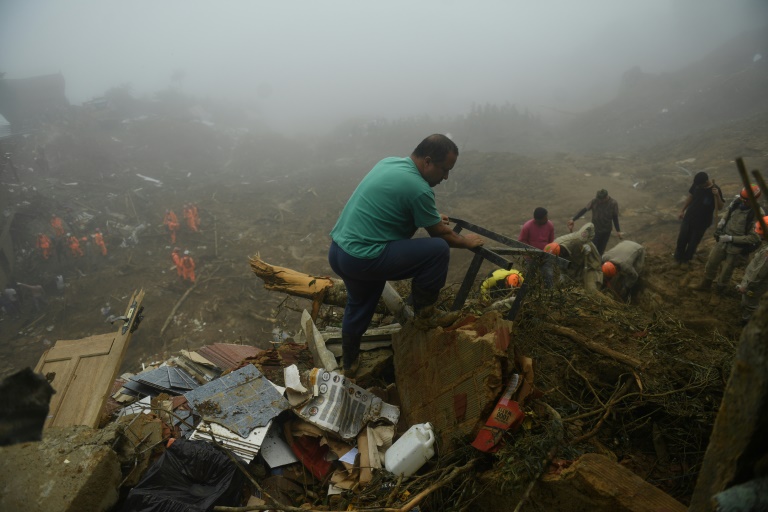 People search for victims after flooding and landslides in Petropolis, Brazil on February 19, 2022

Rescue workers pulled more bodies Saturday from the muddy wreckage left by devastating floods and landslides in the scenic Brazilian city of Petropolis, where the death toll stands at 136, including 26 children.

In a dense fog, rescue workers dug with spades and shovels through the rubble and muck as the search entered its fifth day.

An AFP photographer saw rescue workers carrying out two recovered corpses in body bags in the hard-hit neighborhood of Alto da Serra, as relatives sobbed in the street.

In the heart of the disaster zone, rescue workers occasionally blew loud whistles to call for silence and listen for signs of life.

But authorities say there is little hope at this point of finding survivors from Tuesday's torrential rains, which turned streets to gushing rivers in the picturesque city in the southeastern mountains and triggered landslides in poor hillside neighborhoods that wiped out virtually all in their path.

Officials say 24 people have been rescued alive, but that was mostly in the early hours after the tragedy. 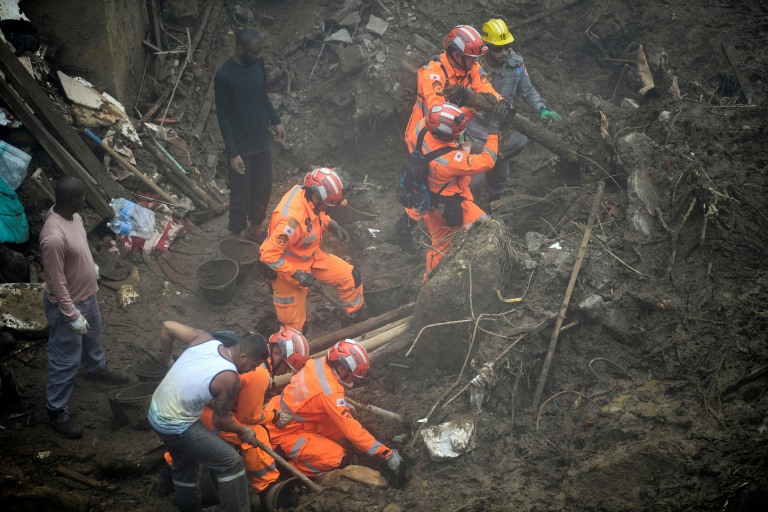 In a dense fog, rescue workers sort through the rubble and muck on February 19, 2022 as the search following landslides and flooding in Petropolis, Brazil entered its fifth day

Meanwhile, 91 of the 136 bodies recovered so far have been identified.

Many of the missing may be among the unidentified bodies. But the numbers have been hazy, and it is difficult to know how high the death toll could go.

The dead include 26 minors so far, said the police.

President Jair Bolsonaro, who flew over the disaster zone Friday by helicopter, said the city was suffering from "enormous destruction, like scenes of war."

Tuesday's was the latest in a series of deadly storms -- which experts say are made worse by climate change -- to hit Brazil in the past three months.