Respite for Biden as US layoff wave ebbs, spending ramps up 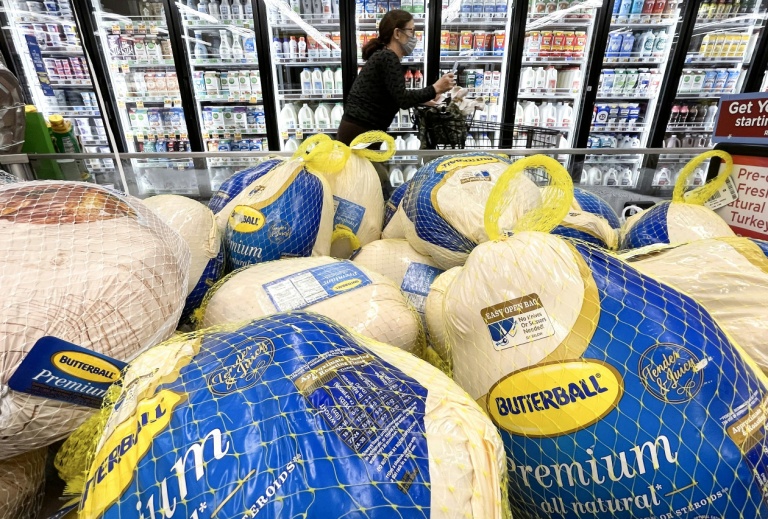 WASHINGTON - Americans are spending their way into the holiday season, while jobless claims have fallen to historic lows, new data showed Wednesday -- offering some respite for President Joe Biden as he steers the recovery from the Covid-19 pandemic amid soaring inflation.

The raft of surveys paint a picture of a country where companies are increasingly holding on to staff while workers are channeling their paychecks to businesses across the world's largest economy, all while dealing with the uncertainty posed by rapid price increases.

In a landmark for the labor market, new filings for jobless benefits last week dropped below their level before the pandemic struck, plunging to a low not hit since 1969, the government said.

Biden cheered the employment data, saying in a statement that it signaled a "historic jobs recovery" and that "more Americans are getting back to work, and more Americans have money in their pockets."

Spending and incomes have also climbed above pre-pandemic levels thanks in part to massive spending measures enacted in Washington, Gregory Daco of Oxford Economics said. 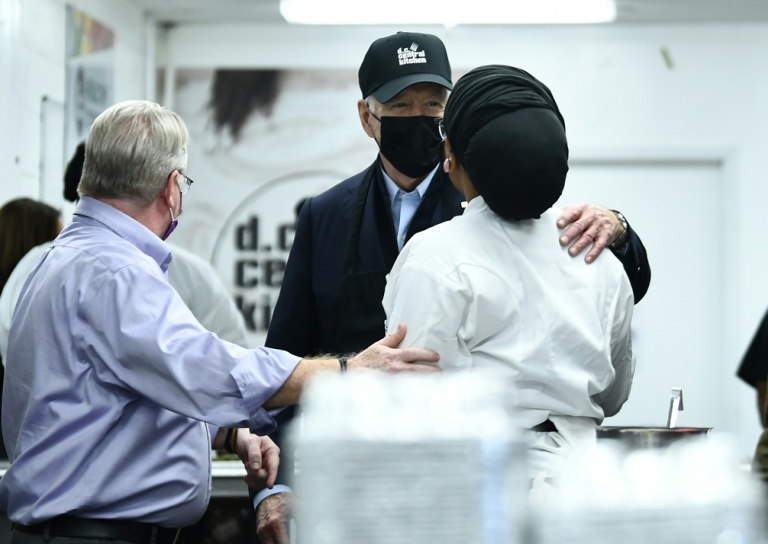 US President Joe Biden cheered the improving employment situation, even as his approval ratings suffer from the inflation wave

"As we look forward to Thanksgiving, there is much to be thankful for in this fiscally-stimulated recovery," he said in a note, referring to the Thursday holiday.

"Still, the recovery process isn't complete, with spending on services well below its pre-pandemic trend, and the transition from public- to private-driven growth will be delicate."

The US economy has come a long way since March 2020, when the beginning of what would become the world's largest Covid-19 outbreak caused more than 20 million people to lose their jobs.

Weekly filings for unemployment benefits shot into the millions before leveling off for much of the year. Their retreat to levels nearer those seen before the pandemic only came in 2021, with the release of Covid-19 vaccines.

The latest data from the Labor Department brings the closely watched metric of job market health back below where it was on the week of March 14, 2020 before the layoffs began.

But analysts were suspicious. Claims decreased by 71,000 from the week prior and hit a level not seen for generations, which Ian Shepherdson of Pantheon Macroeconomics attributed to a "seasonal adjustment quirk" that "will substantially reverse next week."

"That said, the trend in claims is clearly falling," he wrote in an analysis.

Even as the economy has rebounded, Biden has seen his approval ratings fall in recent months, in part due to the spike in inflation.

Personal consumption expenditures data released by the Commerce Department outlined the extent of last month's increases, with energy prices up 30.2 percent from October 2020 while food prices were 4.8 percent higher.

However spending exceeded analysts' forecasts with a 1.3 percent gain while incomes climbed by a more-than-expected 0.5 percent.

The latter was due to increasing wages and gains from assets, the data showed, and undercut by the tapering of government benefit payments, likely due to the expiry of pandemic aid programs.

Consumers directed their spending towards both goods and services, the report said.

Rubeela Farooqi of High Frequency Economics said the data were a good omen for overall growth in the last quarter of the year, but warned of "some risk from rising infections and broken supply chains that could be disruptive during the holiday season."

The economy's recovery this year was dented in the third quarter by the Delta wave of Covid-19 infections, which again snarled businesses.

On Wednesday, the Commerce Department revised its GDP growth forecast up slightly to 2.1 percent, annualized, but that remained well below the pace of 6.7 percent in the quarter before.