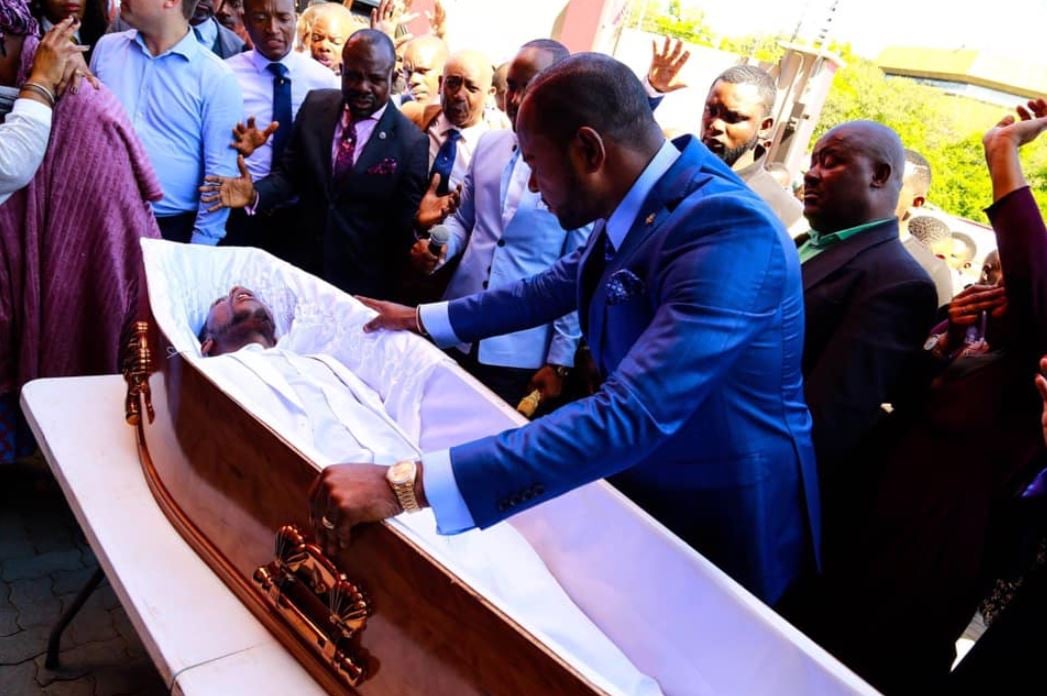 JOHANNESBURG - The man who was at the center of a resurrection scandal at Alleluia Ministries International Church has reportedly been confirmed dead by his family.

Zimbabwean publication B-Metro reports that Elliot Moyo, who was, in fact, Thabiso Proud Mlanje allegedly died on April 3 in Zimbabwe from suspect food poisoning and was buried in Dandanda village.

READ: Employer of 'resurrected' man speaks out after viral video

Moyo came under the spotlight when he first died and was bought back to life by prominent pastor Alph Lukau in front of churchgoers.

Thabiso's brother, Stanley Mlanje, confirmed to the publication that it was his brother who appeared in the resurrection video, adding that he had died shortly after arriving in Zimbabwe.

Lukau has since denied reports of the resurrection and insisted that Moyo was already alive when he arrived at his church.