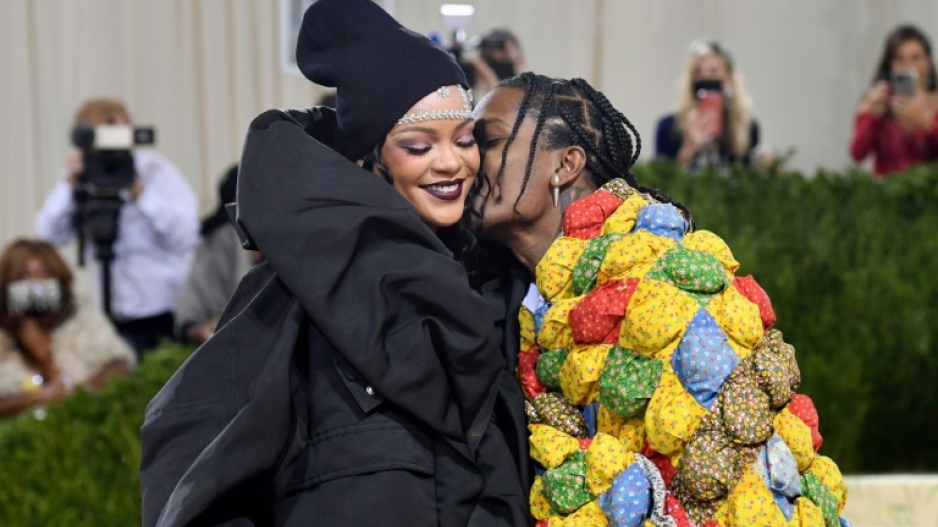 Barbadian singer Rihanna and US rapper A$AP Rocky, who are expecting a baby, arrive for the 2021 Met Gala at the Metropolitan Museum of Art in September 2021

NEW YORK - Superstar Rihanna revealed her baby bump in Harlem over the weekend, dropping the news that she is pregnant with her first child.

The entertainment and fashion mogul behind the hits "Diamonds" and "Umbrella" strolled hand in hand with boyfriend A$AP Rocky, sporting a long pink jacket buttoned only at the top, paired with a long bejeweled necklace over her bare belly.

The images captured just after a blizzard dropped a blanket of snow on New York were released and posted on Instagram Monday by the celebrity photographer Miles Diggs.

Rihanna, 33, has for years been teasing her legions of fans about a forthcoming album. Her last studio release was in 2016.

Since then the Barbadian born Robyn Rihanna Fenty has become a billionaire, parlaying her success in music into successful makeup, lingerie and high fashion brands.

Rumors that Rihanna and A$AP Rocky, also 33, were dating swirled for years before the pair confirmed last year that their romance was official.

In an interview with GQ magazine published in May 2021 the rapper called Rihanna the "love of my life" and "the One."

Asked in that interview if he was ready to be a father, A$AP Rocky said "I think I'd be an incredible, remarkably, overall amazing dad."

"I would have a very fly child. Very."