The rise and fall of the Gupta empire 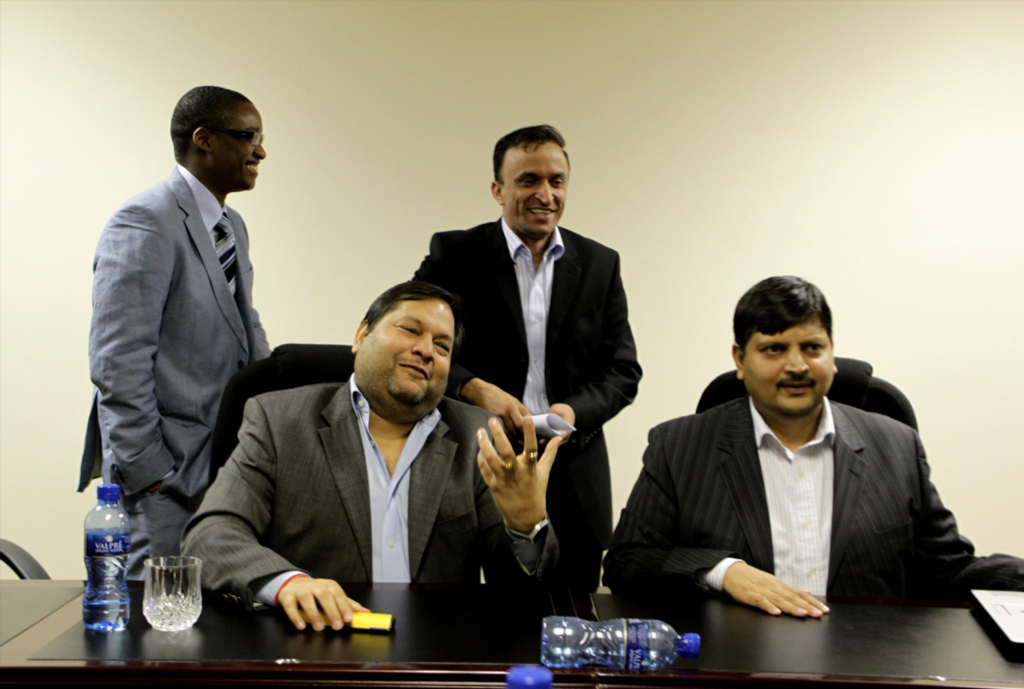 JOHANNESBURG - The inquiry into State Capture begins on Monday.

It’s expected to look into the Gupta family's rise to the pinnacle of the country’s financial and political echelons.

The family arrived in South Africa just over two decades ago.

Judge Raymond Zondo and his team will look into the influence the Guptas had over former president Jacob Zuma's administration.

One of the key aspects that’s expected to be looked at is the appointment of Des van Rooyen as Finance Minister.

* eNCA's Nickolaus Bauer takes a look back at the controversial family’s arrival and ascension in South Africa and the destruction left behind as they fled the country.

Fact file on the Guptas

Atul relocated to South Africa from India's northern state of Uttar Pradesh in Saharanpur, just as white minority rule was ending and the country was opening up to the rest of the world.

After a stint of selling shoes, he saw an opening in the PC business and in 1994 Sahara Computers was born.

Shortly thereafter, Ajay and Rajesh Gupta shut down their Indian interests and elsewhere to join Atul in South Africa.

In 2005 they hired Zuma’s son Duduzane, then in his early 20s, as an IT specialist at Sahara and in 2007, Duduzane’s twin sister Duduzile became a director of the same company.

It was not until 2010 that alarm bells started ringing around the controversial family’s political clout when the family launched the New Age newspaper, openly promising to portray a positive image of the ANC and government.

In mid-2013, the Guptas launched ANN7 – the TV version of the New Age – again promising to offer a balanced but supportive view of government.

In early 2014, Transnet changed a deal for new locomotives to include a Chinese consortium – later revealed to have been formed in partnership with the Guptas.

In late 2015, concerns were raised about the quality of coal Eskom was receiving from Tegeta Exploration and Resources, the Gupta-controlled mining company.

From 2016, controversy continued to grow when Denel announced a joint venture to sell Denel products to the Asian market with VR Laser Services, a company in which the Gupta family and Duduzane Zuma hold a 25 percent stake.

Brian Molefe was supposedly earmarked for the position after he resigned as Eskom CEO in the wake of the State of Capture report.

The Guptas fought for the banks to reopen their accounts and for their questionable deals with the state to continue with the help of Bell Pottinger.

In June 2017 it all got thrown into the public eye as the GuptaLeaks showed intimate partnerships between the family and government officials.

The Gupta dynasty came tumbling down, seemingly prompted by the results of the ANC’s Nasrec elective congress.

With the election of Cyril Ramaphosa as ANC president, so did the National Prosecuting Authority and the Hawks descend upon the Guptas.

Estina dairy saw charges laid against the family and their Saxonwold compound raided.

The brothers remained out of public view until they resurfaced in Dubai. They have not returned to South African even as their closest associated are due to appear in court and answer to allegations of state capture.

Nothing could have prepared South Africa for Guptagate.

A commercial plane, carrying about 200 guests, landed at Waterkloof Air Force Base, a national key point.

The party was going to attend the wedding of Aakash Jahajgarhiaand Vega Gupta – niece of Ajay, Atul and Rajesh.

The government said those responsible for the breach of protocol would pay.

The ANC cried foul about name-droppers.

President Jacob Zuma was accused of orchestrating the landing while he did his best to ignore the debacle.

A multi-department government probe was launched into the incident.

The probe found that 194 government officials and 88 state vehicles had been used in the incident.

Former chief of state protocol, Bruce Koloane, and the SANDF’s Lieutenant Colonel Christine Anderson were found to be in serious breach of their duties.

Revelations come to the fore

Mcebisi Jonas alleged he was offered R600,000 in cash and R600-million in a bank account of his choice to replace Nhlanhla Nene.

Shortly after Jonas' revelations, ANC MP Vytjie Mentor revealed the Guptas offered her the job of Public Enterprises Minister in 2010, but only if she would stop SAA flights to India and give the Guptas the contract for SA-India flights.

Former government spin doctor Themba Maseko alleged Zuma personally told him late in 2010 to meet the Gupta brothers and assist them to secure government advertising in the New Age.

One by one, banks stop doing business with Gupta's Oakbay investments, which holds the majority of the family's assets.

Amid severe pressure, the Guptas announced a plan to dispose of all stakes held in South African businesses within months. The plan never materialised.

According to Mosebenzi Zwane, cabinet resolved to ask President Jacob Zuma to establish a judicial inquiry into banks and their actions against the Guptas‚ as well as to review the legislation that governs the banking system.

Zwane was immediately rebuked and his statement rejected.

Bell Pottinger then entered the fray, confirming the government was "made aware of" recommendations of a proposed inquiry before it was announced by Zwane.

In spite of a last-ditch court challenge by Zuma and Van Rooyen, Thuli Madonsela’s state of capture report was released.

The report corroborated Jonas’ claims about the finance minister post with phone records also indicating showing Van Rooyen had visited the Guptas every night for a week before he was appointed.

Eskom’s Brian Molefe was shown to have been in constant contact with Ajay Gupta around the time coal mining contracts were secured.