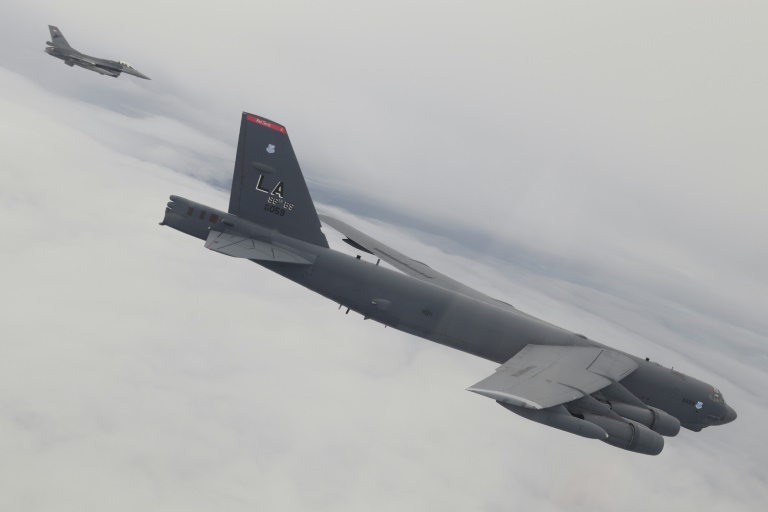 File: A US bomber B-52 bomber (R) accompanied by an Indonesian F-16 fighter jet (L) during a joint exercise over Sulawesi waters in Indonesia. AFP/Indonesian Air Force

WASHINGTON - The US arm of Britain's Rolls Royce won a contract worth up to $2.6-billion to supply engines for the US Air Force's B-52H bomber fleet, the Air Force announced.

The company's Indianapolis, Indiana manufacturing unit was awarded a $500.9-million "indefinite-delivery/indefinite-quantity" contract over six years for replacement engines for the B-52s, the long-range Stratofortress bombers that have been a mark of US strategic power since the 1950s.

The contract has a potential total value of $2.6-billion "if all options are exercised," the Air Force said.

The Air Force chose Rolls Royce for the contract ahead of GE Aviation and Pratt & Whitney.